Africa is a dream destination in every sense. It’s ancient, raw and uncomplicated. It offers travellers moving experiences that will remain with them for the rest of their lives. There’s an inexplicable magnificence to Africa – it needs to be felt to be understood. 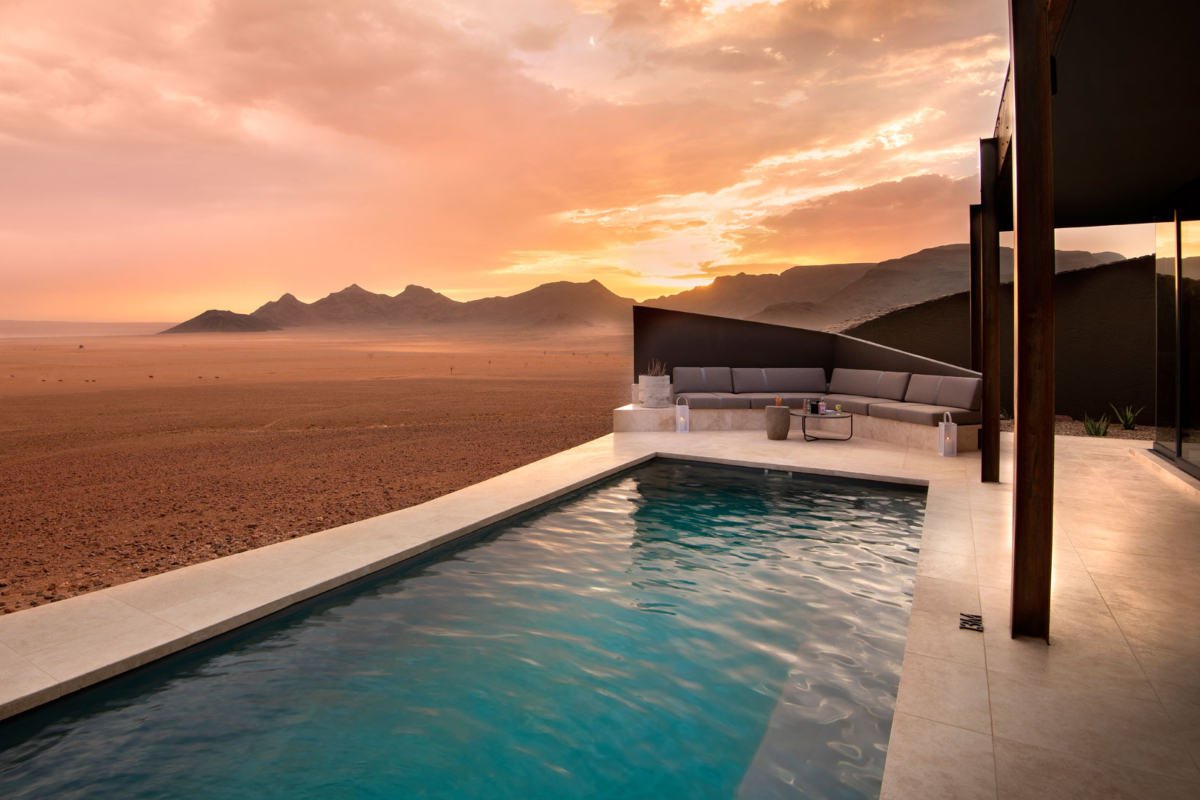 As we enter our third decade of being the most trusted experiential travel partner in Africa, these are the 2022 safari destinations we’re most excited about:. Although significantly smaller than its central African neighbour, the Democratic Republic of the Congo (DRC), the Republic of the Congo is no lightweight when it comes to gorilla trekking experiences. The country’s Odzala-Kokoua National Park comprises 13 500 square kilometres (5 200 square miles) of undisturbed equatorial rainforest – a sanctuary for about 100 mammal species and one of Africa’s most diverse primate populations.

The park is renowned for its successful conservation of western lowland gorillas, the smaller and less shaggy cousins of the mountain gorillas found in Uganda and Rwanda. It also delivers the ultimate ‘Heart of Africa’ safari experience. Here, expert guides will help you to navigate dense forest paths clouded with dazzling butterflies and identify the calls of monkeys and tropical birds, all the while leading you to one of the most profound wildlife encounters on Earth. Gorilla trekking in Congo is unique: you can depart from your camp on foot and see gorillas within the hour. This is different from other gorilla trekking destinations in Africa, where you must first take a road transfer into the national park. There is also the opportunity to go trekking for three consecutive days – an activity limited to only one day in other countries. This allows you to spend more time with the various gorilla families and compare the fascinating differences in personalities and group dynamics.

Experienced visitors to Africa who have ticked off other major destinations and are looking for unbridled adventure.

We’ve personally experienced a gorilla trekking safari in Congo – here’s a video from our trip:

Some of the Most Dramatic Landscapes You’ll Ever See It’s very fitting to describe Namibia as mysterious, arrestingly beautiful or even other-worldly. One of the least densely populated countries in the world and home to our planet’s oldest desert (the Namib), Namibia is a place of stark contrasts and see-it-to-believe-it natural beauty.

It’s a fantastic safari destination if you want to see unique animals that have adapted to survive in some of the world’s harshest environments. These include black rhino, giraffe, brown hyena, ostrich, oryx, springbok, and desert-adapted elephant and lion. If you’re looking to unplug and totally get off the grid, then set your sights on Namibia – a country that offers unique safari experiences in some of the most remote corners of the planet. Namibia will not disappoint if you’re in search of something out of the ordinary.

An ideal destination for wildlife enthusiasts that has infrastructure and great roads mean that Namibia is a superb choice for a self-drive family holiday in Africa. Intrepid travellers will revel in the excellent lodges tucked away in remote regions like Damaraland, Kaokoveld and the Skeleton Coast. The Galapagos of the Indian Ocean Lemurs are primates endemic to Madagascar.

With only about 30 000 annual visitors, not a lot is known about the world’s fourth-largest island – even among seasoned travellers. It’s believed that around 90 per cent of Madagascar’s fauna and flora are found nowhere else on Earth, hence its moniker: ‘the Galapagos of the Indian Ocean’. The island of Madagascar is an 88-million-year-old biodiversity hotspot and a truly unique end to a safari in Africa.

Madagascar is the only place in the world where you can see the cat-like fossa, the world’s smallest chameleon (which clocks in at a miniscule 30mm / 1.2in) and the island’s flagship mammal species, lemurs.

Madagascar will appeal to those who’ve been to Africa before and are looking for new places to explore away from other travellers. The island offers an exquisite combination of diving, snorkelling, hiking and sightseeing. Where Half the World’s Mountain Gorillas Live A mountain gorilla in its natural habitat.

There are only about 900 mountain gorillas left on Earth, and Uganda’s montane rainforests provide sanctuaries for around half of this population. Trekking for gorillas in the emerald Bwindi Impenetrable Forest and observing the everyday interactions of these gentle primates is arguably one of life’s greatest privileges.

Mountain gorillas can only survive in the wild, so trekking into their native forests like Uganda's Bwindi Impenetrable Forest is your only chance to see them in their natural habitat. There are strict regulations in place – like the gorilla trekking permit requirements – to ensure the health and safety of these animals. Daily viewings of each gorilla group are very limited, so we recommend you book your gorilla trekking holiday in Uganda about a year in advance. The good news is that the country’s gorilla trekking permits are among the most affordable in Africa.

Gorilla trekking in Uganda is hard work – you’ll have to navigate up and down terraced hills through thick rainforest to reach these great apes. Add high altitude to the challenging terrain and you’ll understand why you need to be relatively fit for a gorilla trekking adventure. But the moment you gaze into those deep-ochre eyes and share a soul-stirring moment with a big silverback, every step you’ve taken to get there will melt away. More on Uganda and Gorilla Trekking

Home to One of The Hugest Salt Pans on Earth

Mention Botswana and most people will think of the splendid Okavango Delta, picturing themselves gently gliding along its waterways on a mokoro. But there’s so much more to this incredible African safari destination – like the strikingly beautiful Kalahari. This semi-arid sandy savannah extends over Southern Africa and covers an area almost 1.5 times the size of Texas. The Kalahari occupies most of Botswana and offers safari-goers a choice of three incredible parks: Nxai Pan National Park, the Central Kalahari Game Reserve and Makgadikgadi Pans National Park.

Besides the classic Kalahari animals like zebra, oryx, eland, springbok and giraffe, this destination has a well-deserved reputation for predators like the beautiful black-maned Kalahari lion, cheetah, brown and spotted hyena, and even rare wild dog. But a Kalahari safari also gives you the best opportunity to see many of Africa's smaller and more elusive animals like wild cat, porcupine, aardwolf, meerkat and honey badger.

Adventure seekers and seasoned safari-goers who have already explored most of Botswana and are looking for something a little different. It’s also a great destination for families with children, as some Kalahari safari camps offer fun activities like quad biking (ATV) and horseback expeditions, as well as interactions with habituated meerkats.

A Night on The Pans Makgadikgadi Pans National Park boasts one of the biggest salt flats on the planet, the only remnant of a colossal prehistoric lake bigger than Switzerland. Littered with fossils and Stone Age artefacts, the Makgadikgadi is an enchanted landscape where many a celebrity and rock star have gone to escape everyday life and be humbled by its infinite expanse. Other than thrilling quad biking (ATV) excursions, a few Makgadikgadi safari camps also offer an unforgettable night’s sleep-out on the pans under the stars.

Adding a Fly-in Safari to Angola One of Go2Africa’s long-standing partners has launched a new fly-in safari to Angola in 2020, a first of its kind. These expeditions will start in the Angolan Highlands in the company of National Geographic explorers and scientists, then move to a remote island in Namibia’s biggest protected wetland, before continuing to follow the ancient river paths that lead into the Okavango Delta and finally the Makgadikgadi Pans. Considered Africa’s longest mammal migration, every year dazzling numbers of zebra make the journey from Botswana’s river systems in Chobe and the Delta to the vast Kalahari plains. During the wetter months (about November to April), the rains paint the Kalahari Desert green with vegetation, and it becomes a magnet for thousands of zebras. You can usually see these striped equines en masse in Nxai Pan National Park from about January to February, and in Makgadikgadi Pans National Park from about March to April.

From $550 per person sharing

EXCITING NEWS: Jack’s Camp have undergone a full rebuild and refurb, and a brand-new version of this Kalahari legend has opened in May 2020! Since the demise of its civil war in 1994, Rwanda has made massive strides in strengthening its infrastructure, natural resources and economy. The fast-growing tourism sector is Rwanda’s leading foreign exchange earner, thanks to it being one of only two countries where mountain gorillas can be seen safely in the wild.

Apart from being a leader in the fight against pollution – Rwanda banned plastic bags in 2008 – and being one of only two countries in the world with a female majority in its national parliament, Rwanda has also celebrated major conservation wins over the past decade. In 2015, lions were released in Akagera National Park, followed by Eastern black rhinos two years later. These successful reintroduction programmes have made Akagera a celebrated Big 5 safari destination for the first time in almost 20 years.

Intrepid travellers and wildlife enthusiasts will enjoy Rwanda’s national parks, while history buffs will relish a visit to Kigali. From $610 per person sharing

Be the first to know

Start planning your trip of a lifetime! Chat with someone who's been there – get in touch with one of our Africa Safari Experts today: