Where to Go in Africa in January

South of the equator, January is midsummer. Africa in January is magnificent and many regions are wearing their seasonal finery. In several cases, African beach destinations are at their best in January and a handful of countries deliver some of the most rewarding safari trips in January. Animal migrations are in full swing, beaches are hot and dry, plus you’ll benefit from lower accommodation rates in most African safari destinations.

With top experiences ranging from gorilla trekking and uncrowded game viewing to scuba diving and wine tasting, here is our guide to where to go in Africa in January: 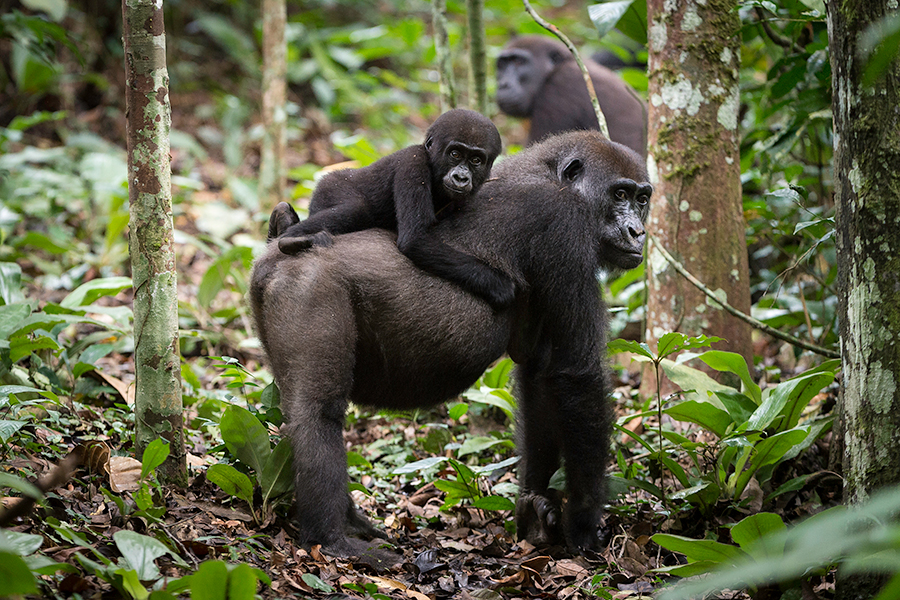 January in Africa is prime time to embark on what many consider one of the most profound wildlife experiences on the planet: a face-to-face encounter with gorillas in their natural habitat. Although gorilla trekking is considered a year-round activity, you’ll certainly understand why they are called ‘rainforests’ when you visit around April or November. The dry seasons (Jun–Sep and Dec–Feb) in Congo, Rwanda and Uganda offer by far the easiest hiking conditions and the lowest risk of malaria.

The Congo’s Odzala-Kokoua National Park comprises 13 500 square kilometres (5 200 square miles) of undisturbed equatorial rainforest, home to one of Africa’s most diverse primate populations. Odzala-Kokoua is renowned for its successful conservation of western lowland gorillas – the smaller, less shaggy cousins of mountain gorillas – and is where to go in Africa in January to see them in the wild. Trekking for gorillas in the Congo delivers the ultimate ‘Heart of Africa’ experience and recommended for intrepid travellers.

Volcanoes National Park in Rwanda is a well-protected and monitored reserve chock-full of monkeys and forest birds. It also delivers Africa’s most accessible gorilla trekking safaris. Rwanda’s long dry season kicks off in June and lasts until about mid-September. October to November sees a shorter rainy season, which is followed by a brief dry season from December to February. Although it can get a little more humid than the June to September period, Rwanda offers some of the best African gorilla trekking trips in January because it sees fewer visitors than the long dry season.

Bwindi Impenetrable Forest National Park in Uganda has an equatorial location and averages temperatures in the mid-twenties (Celsius – mid-seventies in Fahrenheit), which means tropical conditions year-round. But January’s drier days make trekking through the forest much easier, especially when the way ahead is lit up by great shafts of sunlight pouring in from an arboreal vaulted ceiling as butterflies dance in shimmering clouds. Back at camp, the sunnier weather means you can enjoy walks to local villages and volcanoes – and the scenery is simply stunning.

There are only about 900 mountain gorillas left on Earth and trekking into their natural habitats in places like Uganda and Rwanda is the only way to see these critically endangered primates, as they cannot survive in captivity. Uganda offers the most affordable gorilla trekking permits on the continent and is one of the best places to visit in Africa in January for primate encounters. 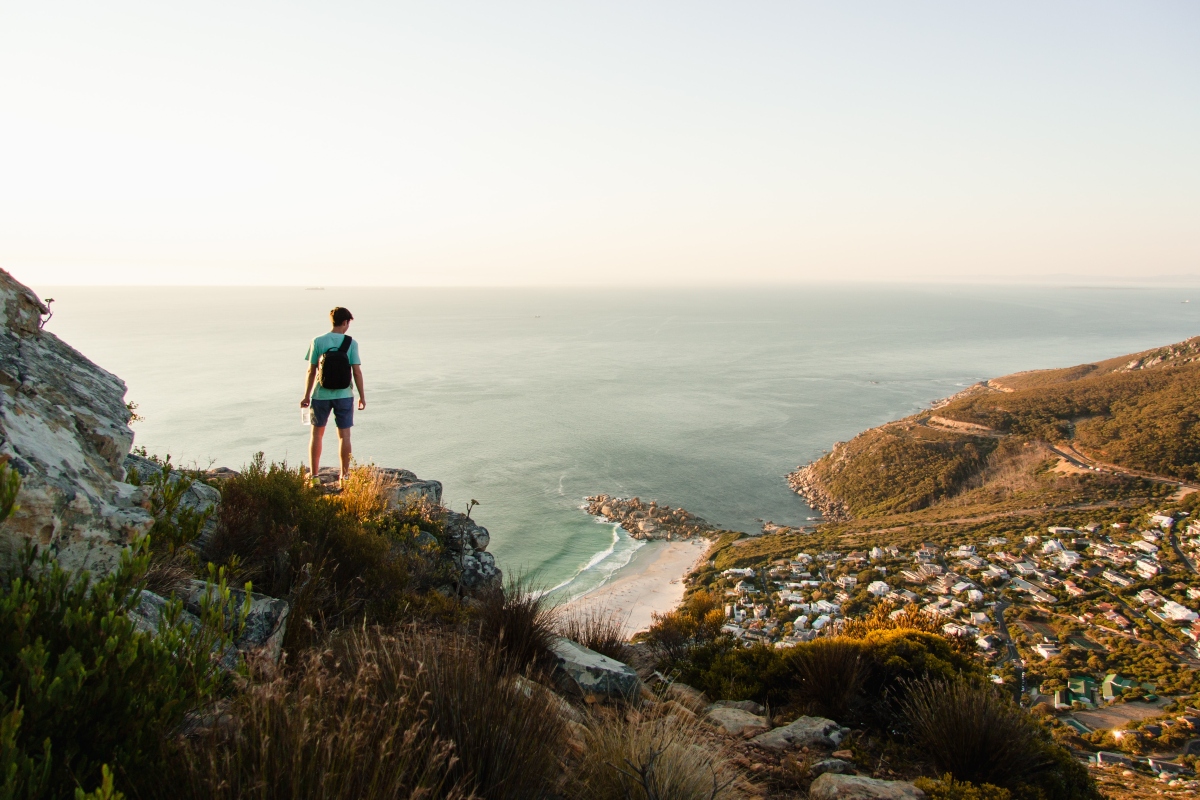 As the summer heat builds up, Cape Town, the surrounding Cape Winelands and the gorgeous Garden Route make great mix-and-match destinations – and some of the best places to visit in South Africa in January. The weather is close to perfect and the emphasis is on being outside. The country’s brilliant tourism infrastructure makes hiring a car easy and gives families and couples the freedom to explore at their own pace.

Don’t Miss These Highlights of South Africa in January: 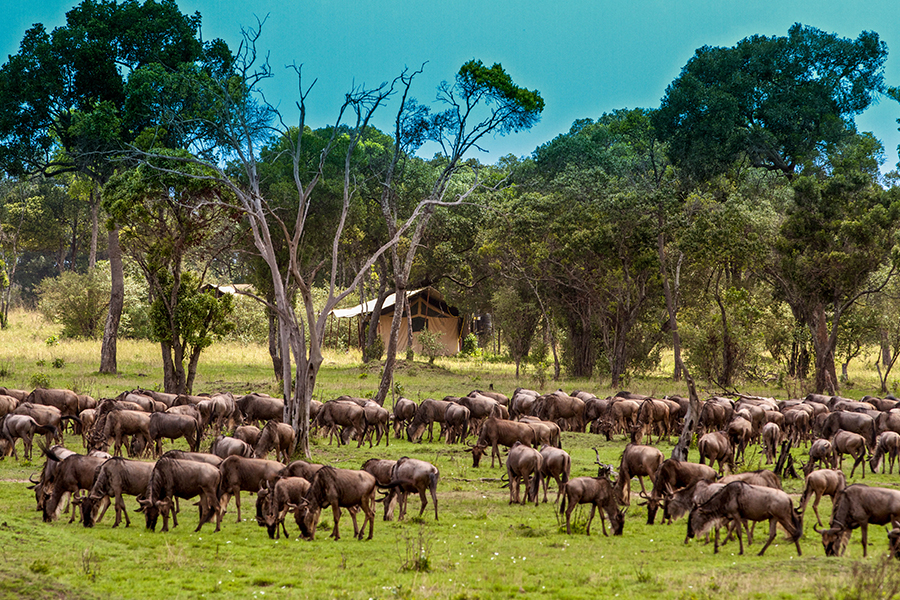 Predators have been tracking the annual Wildebeest Migration for millennia. Humans may have traded their spears for cameras and camcorders, but the heaving, chaotic event – about two million wildebeest and zebra on the hoof – thunders on regardless.

It’s the Migration’s birthing season and the heat is on in the Southern Serengeti, where over 8 000 wildebeest calves are born each day. If the short rainy season (Nov–Dec) produced good grazing, the animals feed frenziedly to carry them through to the next stage of the Great Migration. Needless to say, the herds are under constant attack from the Serengeti’s fearsome predators. The big cats take the lion’s share, but hit-and-run jackals, packs of wild dog and hyena clans add to the drama. It’s a bittersweet ballad, but if you’ve ever wanted to witness the circle of life played out as a live action drama, the Serengeti is where to go on safari in January.

If the view from your window in the northern hemisphere is of a cold and soggy January day, consider the fact that on East Africa’s balmy Indian Ocean coast, the water and air temperatures are nearly the same: a comfortable 25 degrees Celsius (77 degrees Fahrenheit).

Zanzibar is the crown jewel in Tanzania's coastal treasure chest and one of the finest African beach destinations in January. It’s the ideal grand finale to your Tanzania safari! Explore the twisting alleys and colourful markets of historical Stone Town, bask on the exquisite beaches scattered around Zanzibar and its neighbouring islets, and enjoy some of the best snorkelling and scuba diving conditions in the world. Combining a beach holiday in Zanzibar with a Tanzania safari is effortless and highly recommended for one of the best African trips in January.

Ready to Plan Your Trip to Africa in January? 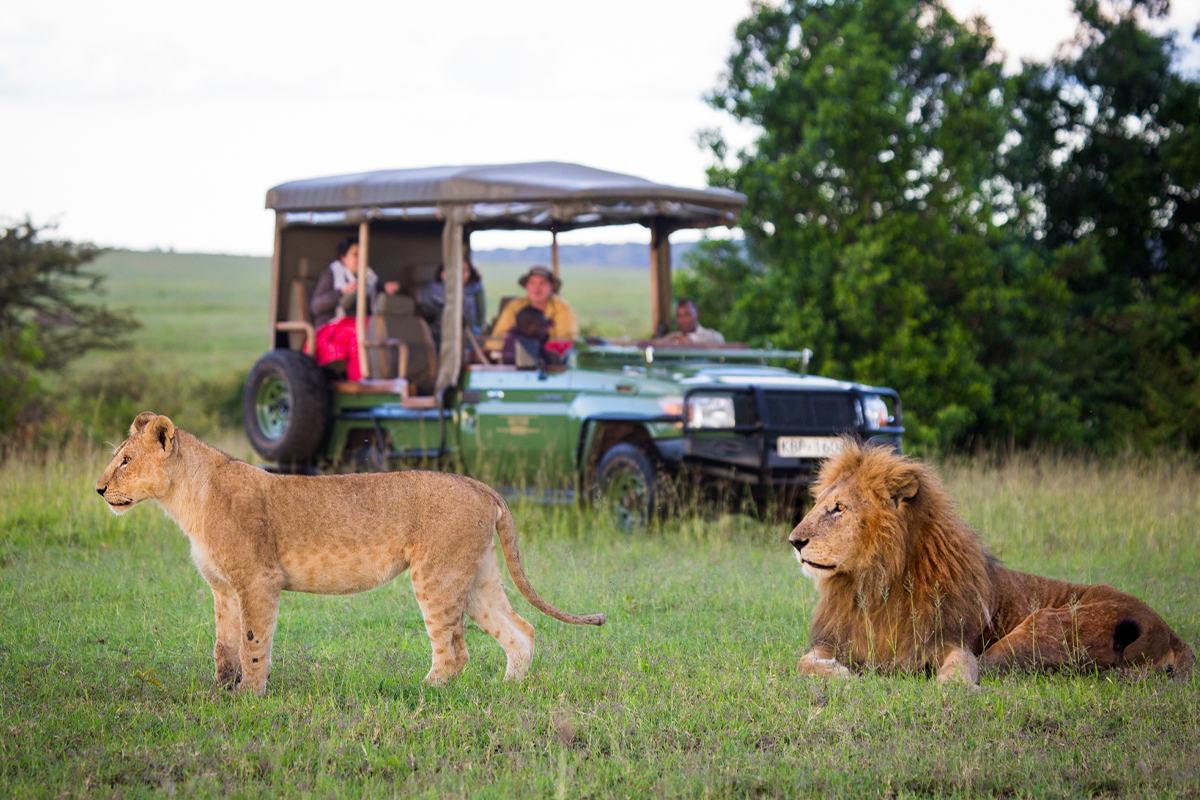 The magical Masai Mara is Kenya’s premier safari destination and delivers superb game viewing any time of year. Thanks to its varied landscapes, temperate climate, diverse population of resident game and wide-open plains, there’s always something to see. So why go on a Masai Mara safari in January? Well, you’re likely to have a wildlife area about double the size of New York all to yourself!

The Wildebeest Migration and its entourage of spectators have moved on to the Serengeti, meaning there are much fewer safari vehicles around. January in East Africa is also considered safari’s ‘shoulder season’, so accommodation rates are slightly lower than in peak season (Jun–Oct); another great perk of going on East African safari trips in January.

The Masai Mara National Reserve and its neighbouring private conservancies form a sanctuary for an abundance of animals like elephant, buffalo, giraffe and the Mara’s famous big cats: lion, leopard and cheetah. From multi-generational family holidays to couples celebrating special occasions, the Mara delivers some of the best African trips in January for every type of traveller.

Where the Desert Comes to Life 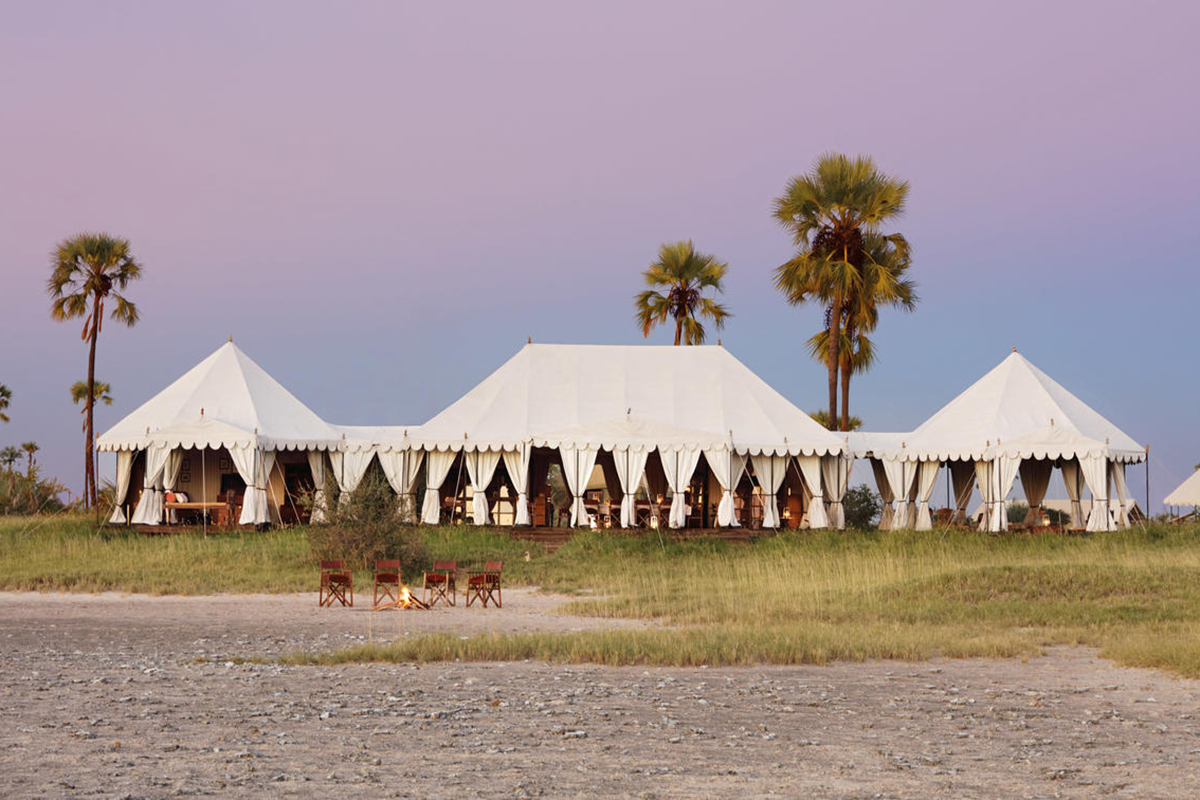 January lies firmly in the clutch of Botswana’s rainy season; the elephant herds around the Chobe River have dispersed and dry-season waterholes lie abandoned. Further south in the Kalahari however, the rains have transformed the red semi-desert into a teeming green wonderland. Shallow lakes attract flocks of flamingos, big cats stalk herds of jumpy springbok (gazelle) mothers and their lambs, and the air whizzes and hisses with swooping birds drawn to insect swarms.

It’s the Kalahari at its best! And it’s not even that wet: the average rainfall for January in the Kalahari is around 104 millimetres and it falls, on average, over a meagre nine days. You won’t need an umbrella – in fact, you may not even see rain. Bird watchers will be awestruck by the diversity of the Kalahari’s birdlife, while wildlife photographers will be dazzled by one of the Kalahari’s best-kept secrets: the annual zebra migration.

From about December every year, massive herds of striped equines make their way to the Kalahari where they remain until about February. Botswana’s zebra migration is considered the longest terrestrial wildlife migration in Africa and has only been discovered in recent years, because most of the areas it moves through are practically inaccessible. Head for the Kalahari parks – the Central Kalahari, Nxai Pan and Makgadikgadi Pans – where the summer rains have completely transformed this semi-arid region into a grazing paradise. It’s one of Southern Africa’s most rewarding places to go on safari in January.

Ready to Start Planning Your Trip to Africa in January?

Get in touch with one of our Africa Safari Experts to help tailor-make your dream vacation: