When is the Best Time to Go to Mauritius?

The best time to visit Mauritius is from May to December when the weather is cool, dry and sunny. Expect some of Africa’s best beaches, fresh seafood and long, sundrenched days on a Mauritius holiday. The island has a classic tropical climate with warm weather year-round. Even in winter, the temperatures drop from hot to balmy.

We don’t recommend visiting Mauritius during the wet cyclone season, from January to March, and to avoid the east coast in July and August, when the wind is at it’s strongest.

Month-by-Month Guide for Traveling to Mauritius: 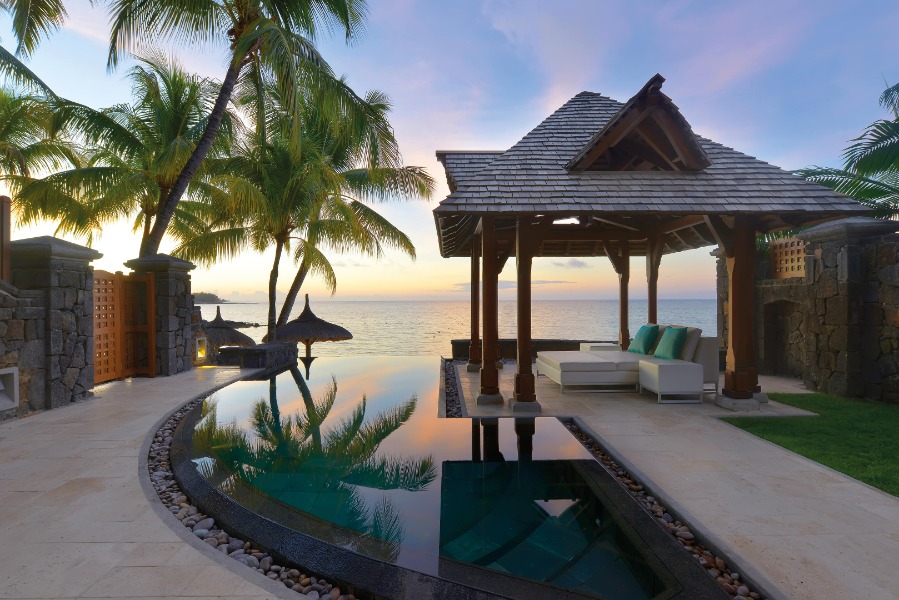 January is one of the hottest and wettest months of the year in Mauritius. With the overflow of holidaymakers from the Christmas period, the island is still bustling. You can expect heavy rainfalls in the late afternoons, and there is a possibility of torrential storms in January.

Following suit with January, Mauritius is hot, humid and rainy in February. The rain usually doesn't last long and clears after a few short hours. The weather in February isn’t ideal for a beach holiday, but there are fewer holiday crowds. There is still a chance of cyclones during this month.

The month of March is Holi Festival month on the island of Mauritius, also widely known as the ‘Festival of Colours’. This annual celebration is held in honor of the Hindu deity Lord Krishna. Attendees line the streets during the festivities and cover themselves with vibrantly-colored powder and the atmosphere is jovial. March is a humid period but with less rain than in January and February. 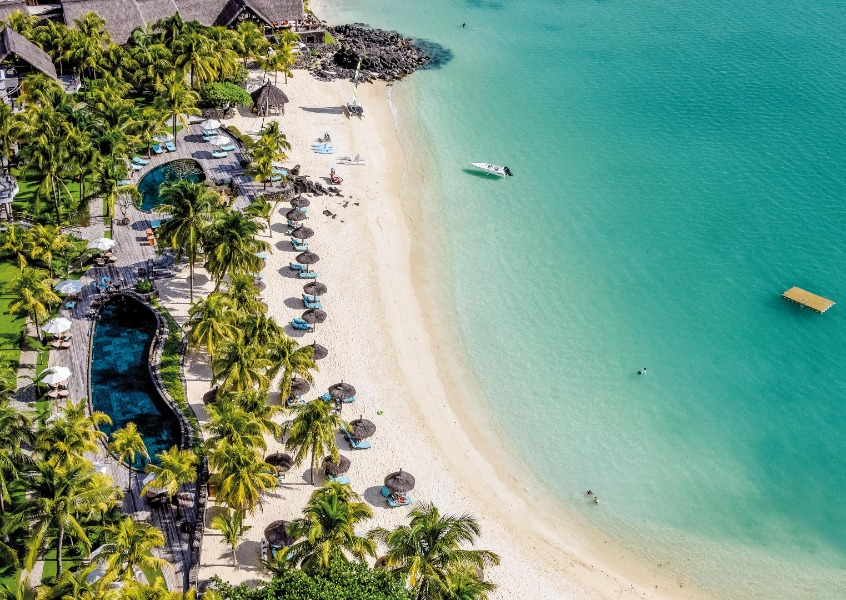 April is a hot and humid month. This is a great time on the calendar for sun seekers, although the island tends to be busier over the Easter holidays. If you prefer beaches that are quieter, it’s better to plan outside of this period. April marks the start of the best time of the year to take to the waves and surf, or snorkel to your heart’s content in crystal-clear waters.

May officially marks the start of winter, but it’s vastly different to the winters we know. The temperatures stay in the comfortable mid-range and the humidity has lifted. There are also very reasonable travel specials on offer for Mauritius accommodation in May, which makes this month popular. The evenings can get cool as temperatures drop after sunset, so it's best to pack a little warmer for the evenings.

In June, the weather starts to become cooler in Mauritius. If you prefer hot weather, you may find June a much cooler month than the humid weather at the beginning of the year. The strong trade winds begin to increase and just like in May, the evenings can be a little colder. It’s the perfect month to visit if you’re an avid kite-surfer.

July is also considered one of the cooler months in Mauritius. If you are after the best possible weather during this time, the North of the Island is where to go in Mauritius at this time. Despite these lower temperatures, this is still a popular time of the year, due to school holidays in the Northern hemisphere.

Visiting Mauritius in August to October 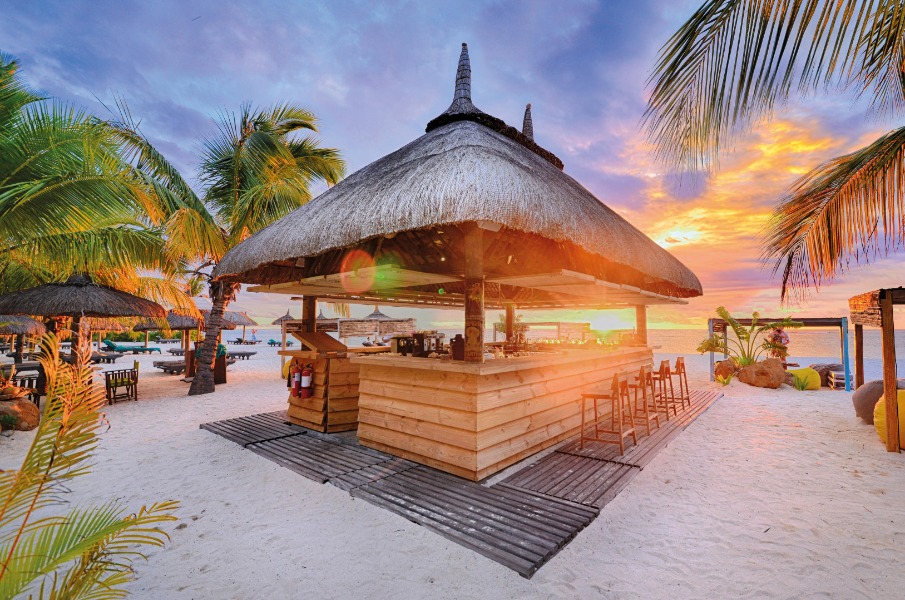 August in Mauritius has milder temperatures and no rain, ideal for sunny days but without the intense heat. It’s best to stay on the west or north coast during August because the beaches are more sheltered from wind. August is a festival month on the island with the Ganesh Chaturthi Festival honoring the God Ganesh. Statues of the Elephant God are a regular sight in Mauritius during these festivities.

The month of September marks the unofficial start of peak season in Mauritius. The strong trade winds begin to die down, and the temperatures rise, welcoming in the summer months and longer days of sunshine. However, it still offers quiet beaches, good prices on flights, exciting Mauritius tours and discounts on accommodations.

October is the driest month on record on the sun-soaked isle of Mauritius. This tends to be a busy time at the most frequented destinations on the island. Mauritius has a large Indian population and the Hindu festival of Diwali (The Festival of Lights) takes place in October, with candles and lamps lighting up the island in a soft glow over this festive period.

Travelling to Mauritius in November & December 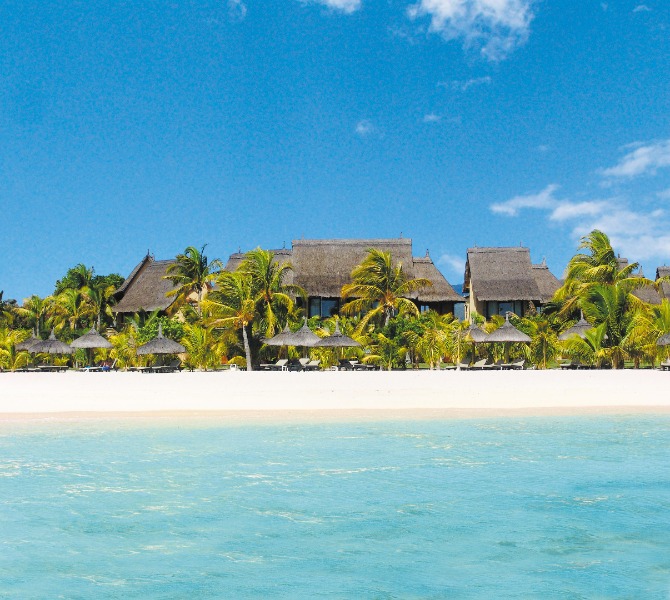 November is a month when the temperatures rise and the humidity increases significantly. There are more hours of sunshine but rainfall does start to increase. November offers great scuba diving conditions particularly if you want to see seasonal turtles –the Hawksbill turtle and the Green turtle are two species that are regularly seen,.

The last month of the year is a busy month globally and in Mauritius it's no different. The humidity levels increase over December, and heavy showers are a regular occurrence, but usually later in the day. The sea temperature is significantly warmer during the month, making it perfect for water sports such as scuba diving, windsurfing, and kayaking. It’s best to plan well in advance for a beach holiday in December.

To ensure a tropical island getaway to Mauritius is a truly memorable vacation, get in touch with one of our African Safari Experts.