At Go2Africa, we live and breathe providing our clients with unbiased advice and extraordinary safari experiences. Our Africa Safari Experts are permanently based in Africa, are well travelled, and have extensive first-hand knowledge of the destinations they recommend. They regularly inspect new lodges, experiences and activities to ensure these offerings meet our clients’ expectations.

There's nothing like up-to-date, relevant travel information direct from someone who’s been there.

Tips for Planning Your Tanzania Safari 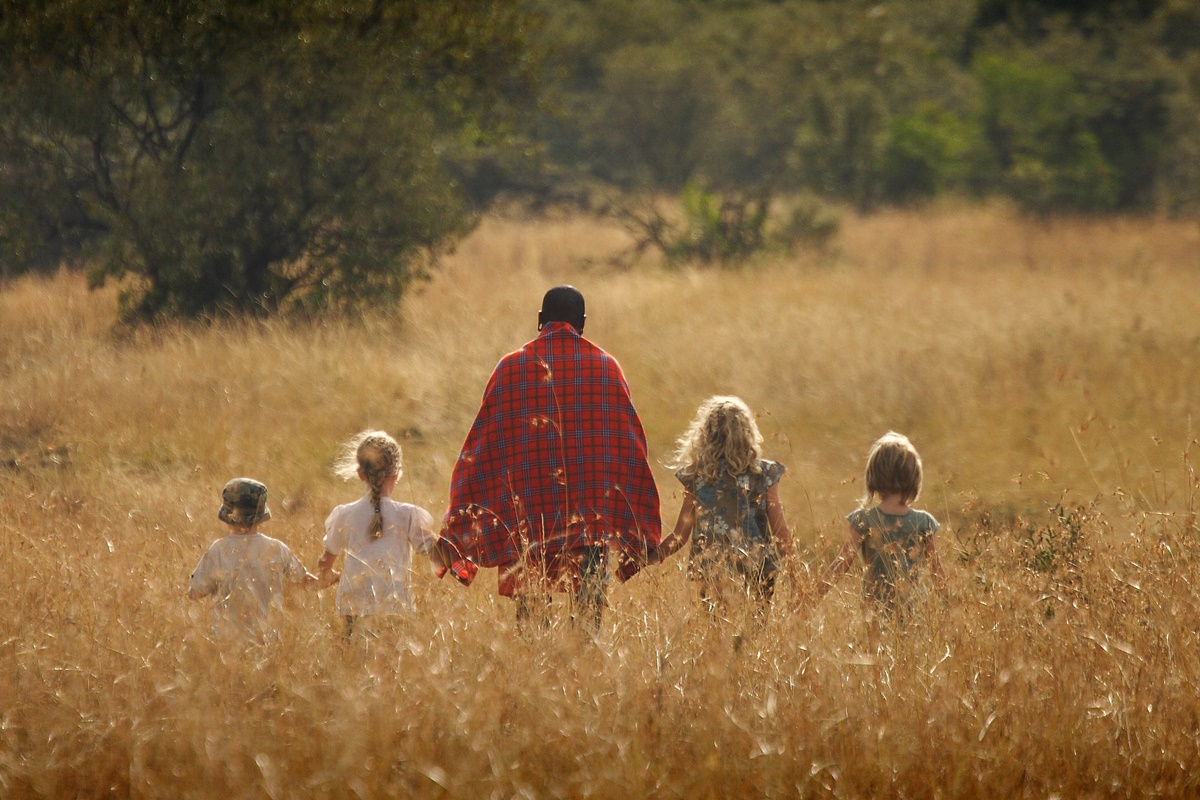 Tanzania's unit of currency is the Tanzanian Shilling, but our advice is to use US Dollars only – and in cash: credit cards and traveller's cheques (although accepted in most establishments) incur transaction fees. ATMs are found throughout the major towns and cities in Tanzania, but not in the national parks and game reserves.

Note: US Dollar bills printed before 2006 are not accepted in Tanzania.

Tipping lodge staff and drivers/guides is customary for good service on a Tanzania safari, but check first to see whether a service charge has been added to your bill. Tipping is always in addition to the price quoted by your operator and the amount varies depending on the size of your group, the level of luxury of the safari and whether you thought an exceptionally good job was done. When travelling in the major Tanzania cities, a 10% tip is customary in restaurants and bars when a service charge is not included.

Read our blog for in-depth tipping guidelines or get in touch with one of our Africa Safari Experts for advice. 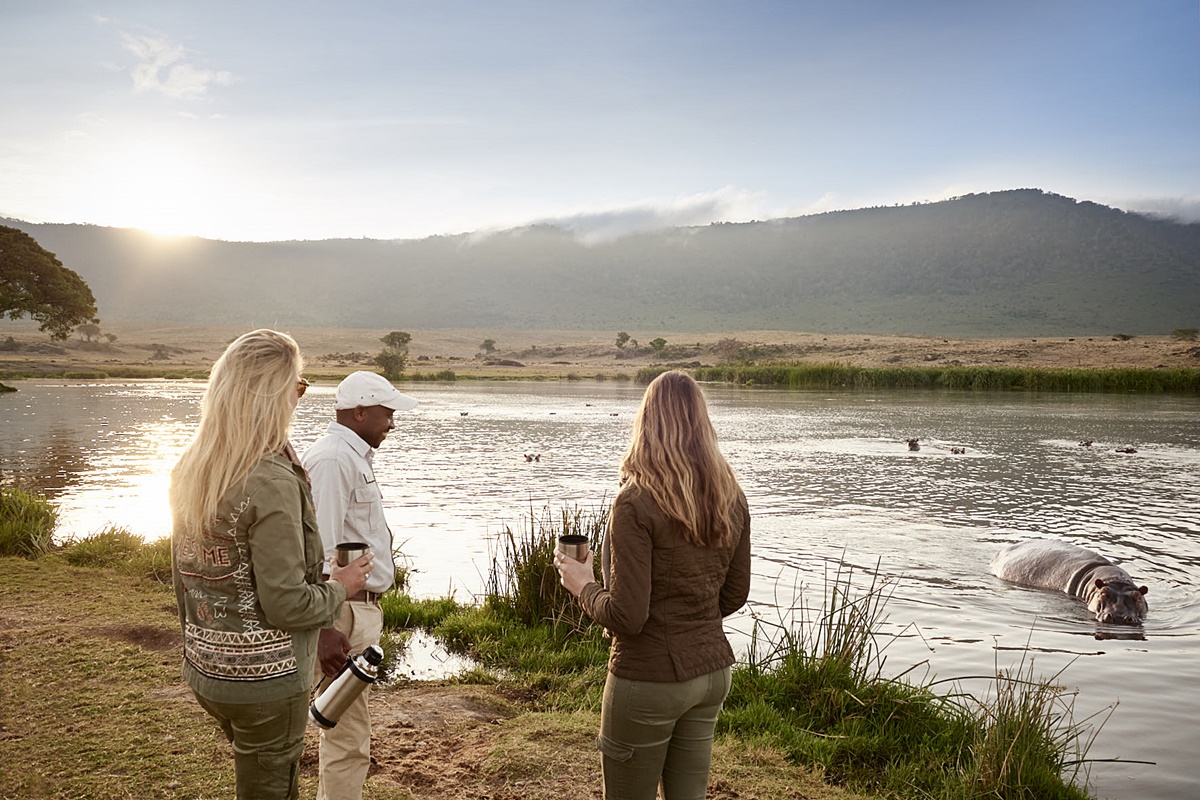 When packing for your Tanzania safari, light casual clothing in practical, neutral colours and a warm jacket for evening game drives are a safe bet throughout the year. For more on what to pack for a safari, refer to our Africa Safari Guide.

When visiting Zanzibar, it’s important for women to dress modestly in main towns out of respect for Muslim cultural beliefs. T-shirts that cover the shoulders, long skirts and capri pants are generally better options than tank tops and shorts. Beach wear and bathing costumes are acceptable on the beaches and in resorts. 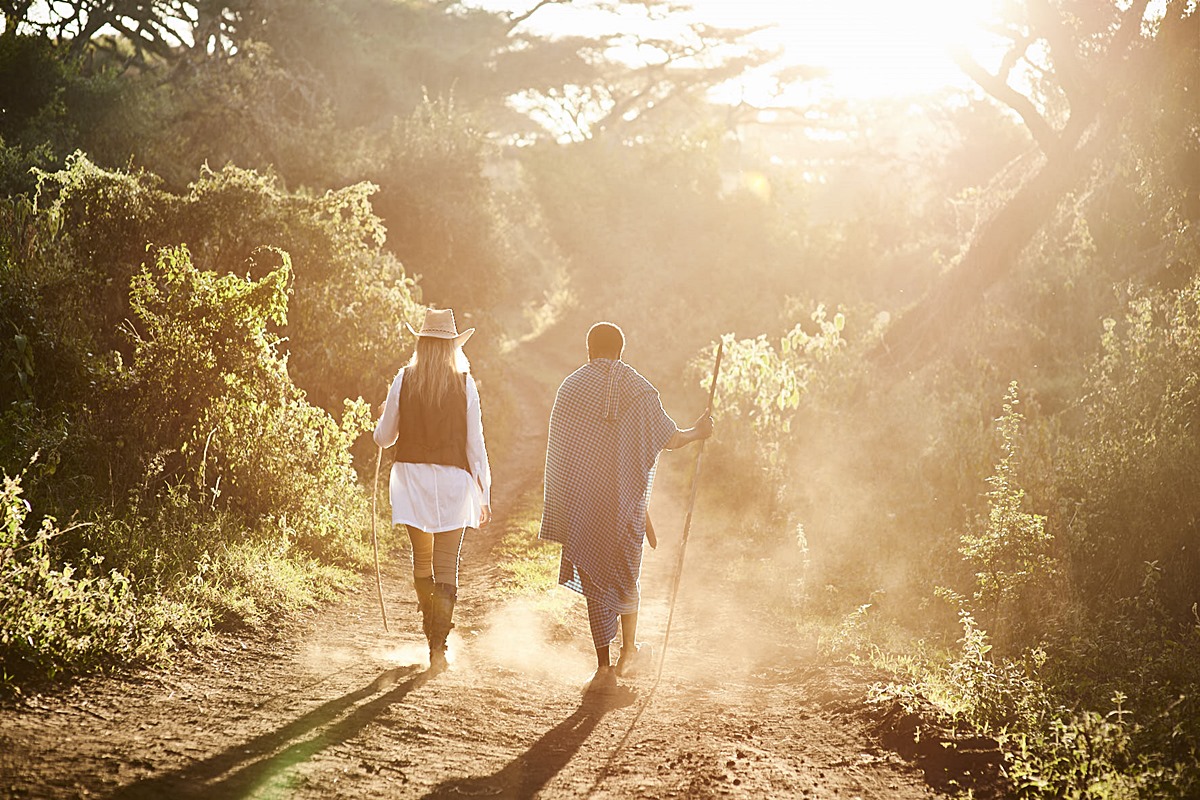 Religious belief is strong in Tanzania, with Christianity and Islam dominating. Most Muslims live on the coast and in Zanzibar; visitors should be aware of the conservative nature of these destinations – especially Stone Town – and dress and behave accordingly.

Tanzanians are renowned for being friendly and harmonious people, however, it is courteous to ask permission before photographing people.

Flights and Getting Around Tanzania 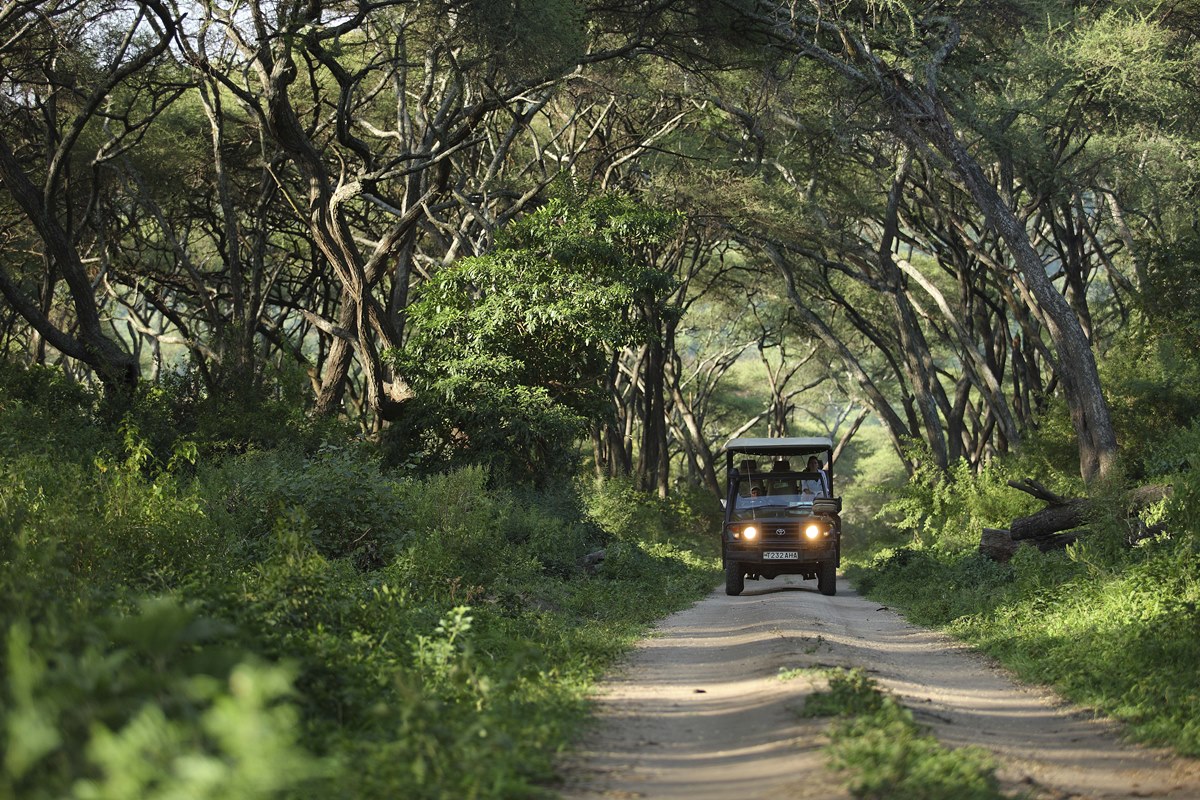 Kilimanjaro International Airport – Tanzania's second international airport – serves the Serengeti, Ngorongoro Crater, Tarangire and Lake Manyara. However, you need to transfer to nearby Arusha Airport for charter flights to these safari destinations. International flights often arrive at Kilimanjaro Airport late in the day, so an overnight stay in Arusha is usually necessary.

Did you know you can book your flights through Go2Africa? For more information and frequently asked questions, please see our Flights page.

Guided road transfers and game drives in Tanzania are conducted in closed 4x4s with big windows and pop-up roofs, although visitors to destinations like Mahale will enjoy a boat transfer across Lake Tanganyika. Most safari destinations have extensive road networks and closed vehicles are therefore the norm when doing long-distance road transfers between airstrips, camps and lodges in Tanzania. A closed 4x4 game drive vehicle generally has three rows of seating and features a pop-up roof hatch that can be raised for game viewing and taking photographs. 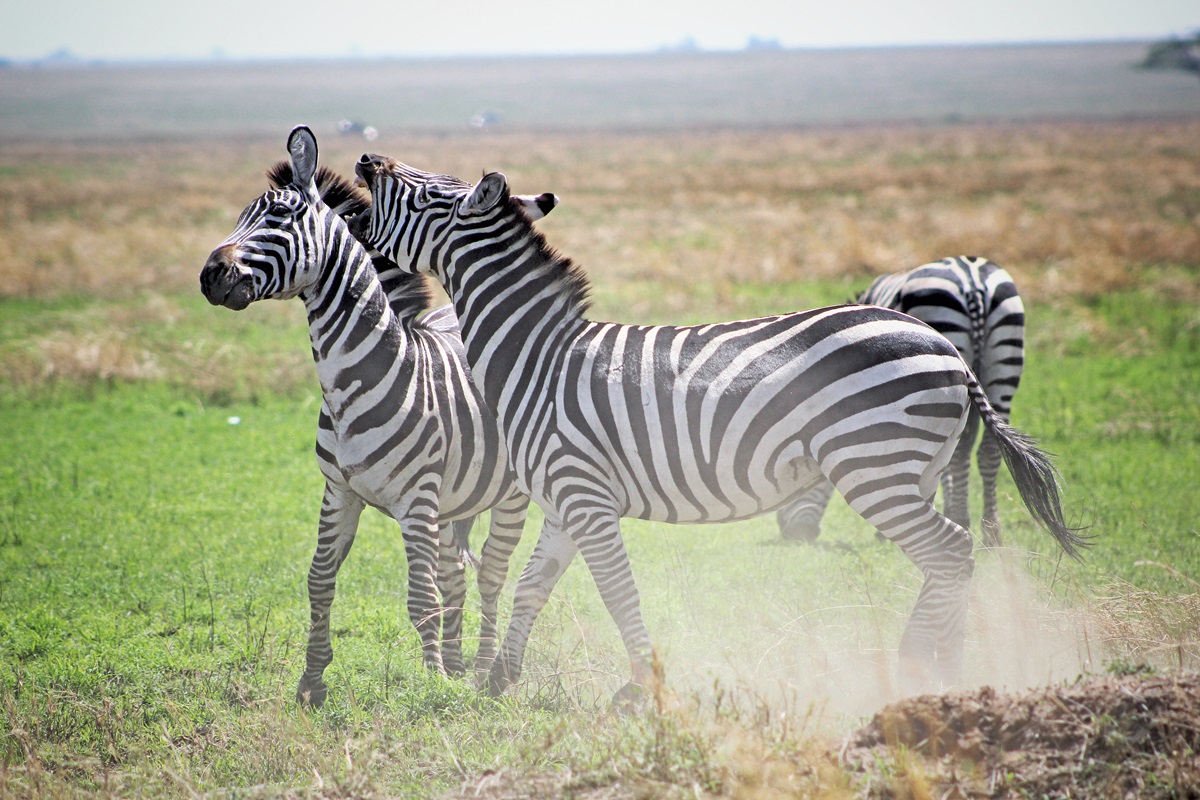 Almost all visitors to Tanzania require a visa. You must contact the relevant issuing authorities in good time (ideally, several months in advance) to ascertain the entry requirements to Tanzania, and to arrange the necessary permits and visas. We strongly encourage all clients entering Tanzania via Kilimanjaro International Airport to obtain their visas online at Tanzania Immigration Department before arriving in Tanzania. E-visas can take 2 to 3 weeks to be issued.

Visitors to Tanzania must possess a passport that is valid for six months after the initial date of travel. 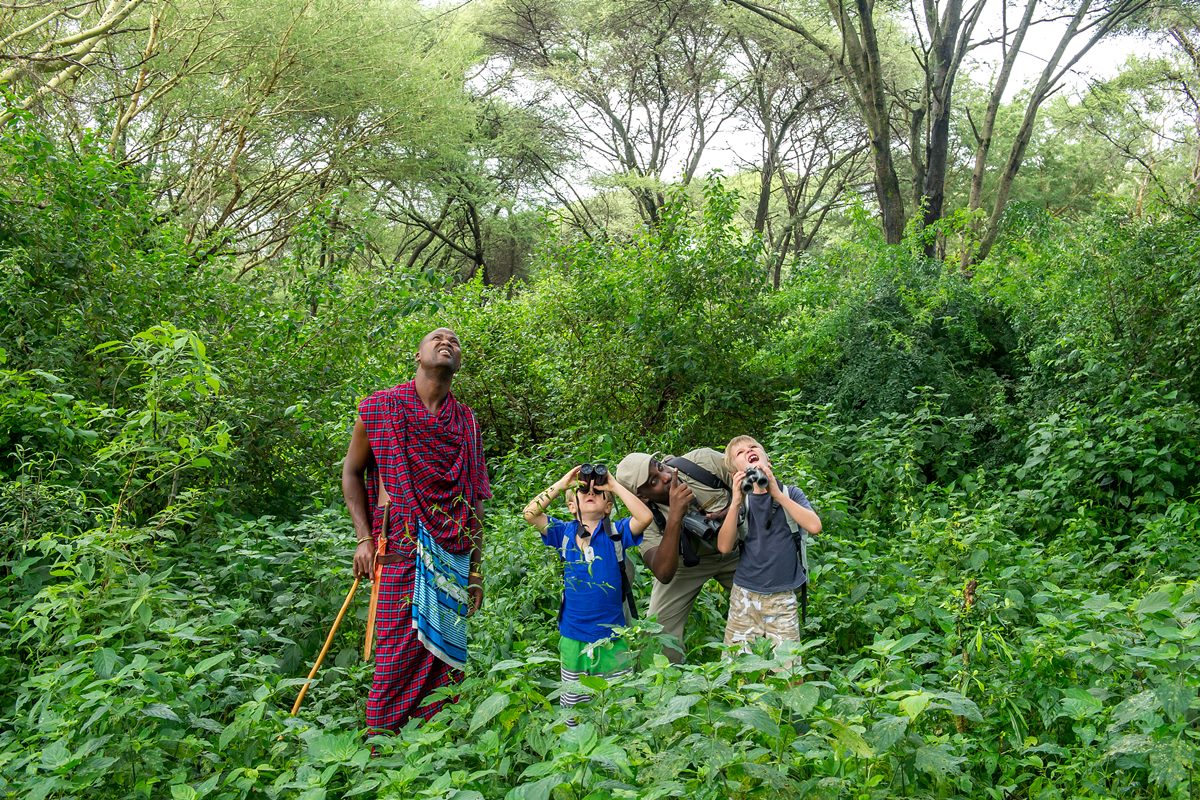 In many ways, Tanzanian history is the history of humankind. Fossils found at Olduvai Gorge, one of the world's premier archaeological sites, suggest that Tanzania has been settled by hominids for over 2 million years. Iron Age migrations from West Africa were followed by European and Arabian merchants, missionaries and slavers, and by the mid-1800s Zanzibar had become the centre of the East African slave trade. Colonised first by the Germans and then the British, independence came peacefully to mainland Tanganyika in 1961. The addition of Zanzibar in 1964 created the modern state of Tanzania.

Rich in mineral wealth and natural gas, Tanzania's economy is nevertheless dominated by agriculture, which employs 75% of the workforce and accounts for half the country's GDP. Tanzania's main exports include gold, coffee, tea and cotton. But it’s tourism, increasing in importance year after year, that is the country's biggest foreign exchange earner.

Some of Tanzania’s 120 ethnic groups make up the African population, with a significant numbers of Asians, Arabs and Europeans too. Even with this mix of identities, Tanzania has long promoted a harmonious national culture, one that is based on a subtle but strong social code of courtesy and respect. English and Swahili are the official languages.

Lying between the two arms of the Great Rift Valley, Tanzania's huge central plateau is bounded on the west by Africa's great lakes, the north by mountains (including Kilimanjaro, Africa's highest peak) and the Indian Ocean in the east. Most of the country is covered in grassland, open woodland and savannah, but significant pockets of rainforest exist in remote mountain ranges.

Home to 20% of Africa's large mammals, Tanzania is one of the continent's premier game viewing destinations. More than 25% of the country is given over to conservation and several Tanzania animal reserves rank among the biggest in the world. Most visitors head for northern Tanzania, where the most famous and accessible animal reserves are. But it’s in south and central Tanzania where you’ll find huge, virtually unvisited savannah and rainforest reserves that deliver genuine off-the-beaten-track safaris.