Experience the very best of warm-hearted Malawi on this 9-day safari and beach adventure that begins in the dense floodplains of Liwonde National Park and ends on the waters of Lake Malawi.

Arrive in Blantyre and transfer to Mvuu Camp on the lush palm-fringed banks of the Shire River in Malawi’s premier Liwonde National Park for four days of superb game viewing. Be thrilled by early morning cruises through waters teeming with crocodiles and hippos, walk with a guide through mopane woodlands, and savour sundowners on a mirror-still lagoon.

Then fly north from Lilongwe to tiny Likoma Island in the crystal-clear waters of Lake Malawi and switch off and relax at beautiful Kaya Mawa, which is tucked away at the southern tip of the island. Soak up the sun on the lake’s beach and choose from a range of water activities, from sailing and kayaking to windsurfing to water-skiing.

Kaya Mawa offers one of the most unique beach vacations in Africa. Crystal clear waters, incredible staff and a laid back atmosphere. Coupled with the wonders of the Liwonde Park its nature at its best in both locations 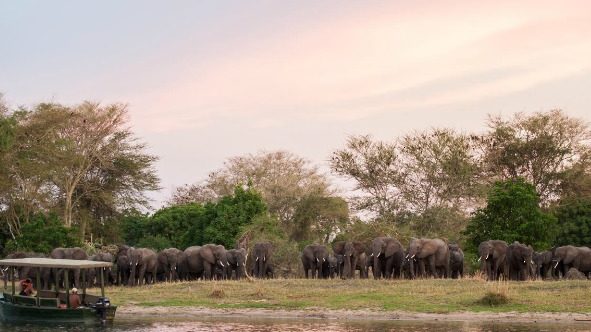 On arrival in Blantyre, meet your representative who will be standing by at Chileka International Airport to transfer you to Mvuu Camp in Liwonde National Park, a 3-hour scenic drive from the airport, with an exhilarating 30-minute boat journey during the wet season.

Set on the banks of the Shire River, Mvuu means ‘hippo’ in the local Chichewa language. Settle into your spacious stone-and-canvas chalet, freshen up after your journey, and then relax for a moment on your verandah and gaze out over the river, which is home to dense populations of crocodile and hippo.

Liwonde National Park is hauntingly beautiful, with its languid floodplains and riverine forests that support a rich array of animals, among them vast herds of elephant. As you retire for dinner in the thatched dining area between two enormous baobab trees, look forward to an extraordinary four days of game viewing.

After breakfast, spend your mornings cruising the river, where crocodiles bask sleepily in the sun or slide silently off its banks into the water. Weaver birds rustle among its reeds; vervet monkeys gambol in the canopy above.

Embark on a game drive through the Rhino Sanctuary and its surrounding mopane woodlands for excellent sightings of rare black rhino, as well as herds of hartebeest and buffalo. Alternatively, spend the afternoon at camp, lounging around its natural-rock swimming pool or relaxing with a book on your private verandah, bringing the day to a close with a sundowner beside the river as animals come down to the water’s edge to drink. Dinners are served under the stars in the traditional boma or along the banks of the river, with bat hawks swooping over its waters and Pel’s fishing owls calling into the dusk… 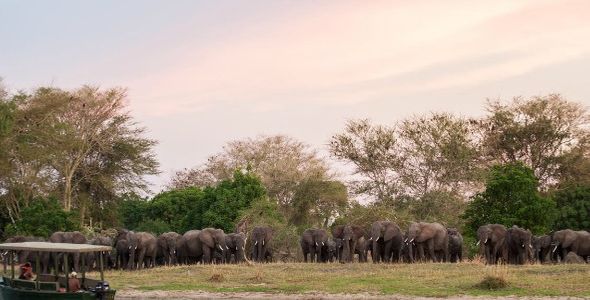 After an early breakfast, transfer to Lilongwe's Kamuzu International Airport for your hour’s flight to Likoma Island in glittering Lake Malawi. Here you will be met on arrival and transferred to Kaya Mawa, a 10-minute drive from the airstrip.

Tucked away on a granite headland overlooking the golden sands of a crescent-shaped beach on the southern tip of the island, Kaya Mawa means 'maybe tomorrow' in the local Chinyanja dialect. Settle into your secluded stone-and-thatch cottage perched on the rocks overlooking the lake, then step out onto your private deck and succumb to the romance of it all. Surrounded by mango trees and ancient baobabs, Kaya Mawa was built entirely by hand in partnership with the local community, using mahogany, teak and local stone. Wander across to the main bar and restaurant at the rocky headland at the end of the beach, which has multi-level decks and lounging areas that offer breath-taking views to the horizon, to enjoy a lazy lunch of fresh lake fish with handpicked herbs from the garden, and give yourself over to sun-splashed relaxation and pleasure.

Soak up the sun on the beach, relax with a book beside the pool or choose from a range of water activities, from sailing and kayaking, to windsurfing to water-skiing. Lake Malawi’s crystal-clear waters are among the deepest in the world and home to over 300 species of brightly coloured African cichlids, or mbuma, as they are known in Malawi.

Head out on a mountain bike around the island’s trails, try your hand at quad-biking or opt for a 45-minute walk into town, through traditional fishing villages and past looming baobabs, to enjoy the hustle and bustle of Mbamba’s cobbled market. Join the locals on the beach as Mozambican dhows arrive to trade and then marvel at the anomaly of St Peter's Cathedral, which was built over a century ago and is reputed to be the size of Winchester Cathedral, its carved soapstone and stained-glass windows in striking contrast to its modest surrounds.

Return to Kaya Mawa for sundowners at the bar as the day draws to a fiery close, and a candlelit dinner later on the beach, its soft golden sand between your toes, or on the deck just metres from the water, countless stars reflected in its mirror-still surface. 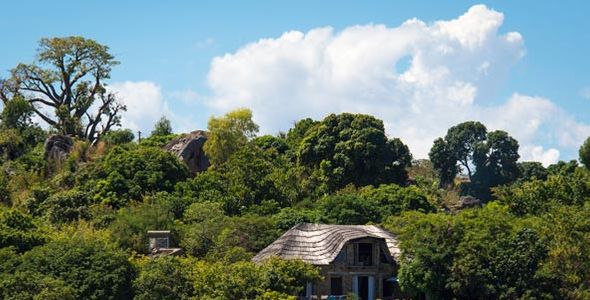 Day 9: Transfer to Lilongwe for your onward journey home

After breakfast and a final farewell swim, transfer back to Likoma airstrip for your connecting flight to Lilongwe's Kamuzu International Airport for your onward journey home, Malawi having snuck itself into your heart.