A Dream World in Real Life

Namibia is a place where the concept of 'vastness' can not only be truly comprehended, but also felt. It is of course the gigantic, incomparable sand dunes of the ancient Namib Desert that feature most prominently on a Namibia holiday itinerary. But this Southern African country, lying between the Kalahari and the Atlantic Ocean, has much more up its sleeve.

Huge, sparsely populated Namibia is a country of gigantic skies and dramatic scenery. Destinations such as Damaraland, the shipwreck-strewn Skeleton Coast, or the Kaokoveld literally echo with emptiness and atmosphere, yet excellent lodges are tucked away in these remote regions and provide intrepid travellers with havens of serenity and comfort. And there's a lot more wildlife than you might think!

If spotting unique animals is on your wish list, then the Namibia wildlife won't disappoint. Excellent game viewing is what you'll get at Etosha National Park, famous for its animal-packed waterholes and abundant predators. Small populations of desert-adapted elephant, black rhino, giraffe, ostrich, oryx, and lion can be seen in off-the-beaten-path destinations like Damaraland and Kaokoveld. These unique animals have adapted their lifestyles to survive in one of our planet’s harshest environments, and spotting them is a highlight on any Namibia safari.

A Namibia holiday is ideal for wildlife enthusiasts, while its decent road infrastructure and easy-to-access destinations provide straightforward self-drive safaris for more independent travellers. Some of the best lodges in Namibia are remote, luxurious and exclusive accommodations that make for romantic holidays to Namibia for couples, while families with children will be delighted by the country's safe, well-functioning and friendly nature.

1. A Place of Otherworldly Landscapes 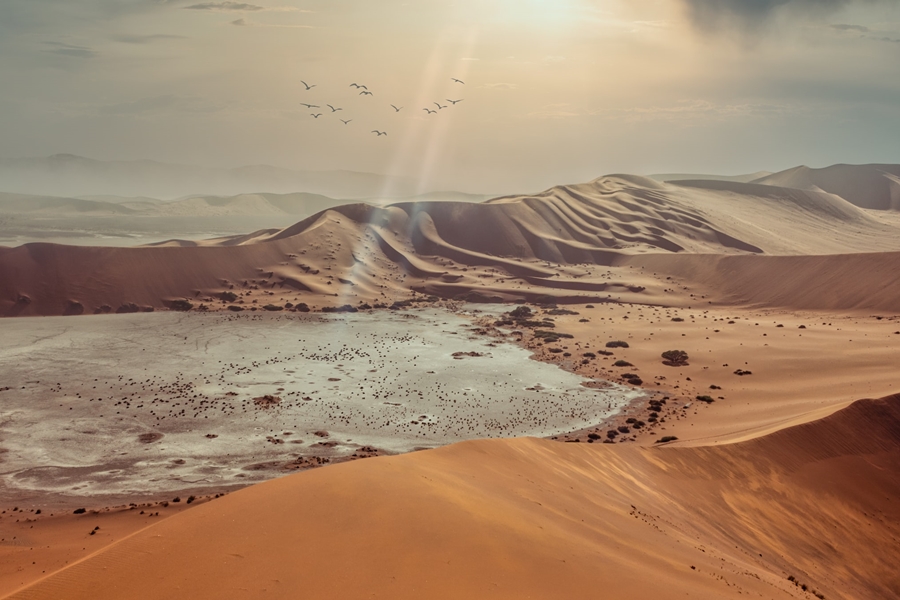 If you’ve been researching a trip to this country, you’ve probably come across phrases like 'Namibia moonscape' or 'Namibia welwitschia plains'. The Namib Desert, the oldest desert on Earth, not only makes the country one of the least densely populated places in the world, it’s also responsible for providing unrivalled, see-it-to-believe-it Namibia landscapes.

The Namib’s enormous sand dunes, arid gravel plains, and mountainous terrain make Namibia's scenery and landscapes some of the most dramatic you will ever see. In fact, in some areas of Namibia, you'll feel like you've landed on Mars. 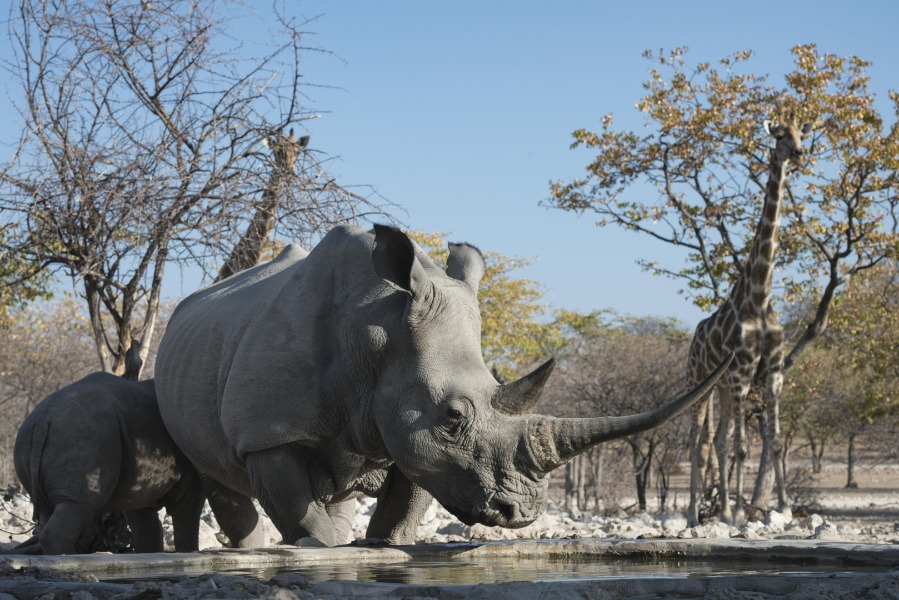 During Namibia’s dry season (May to October), the temporary water holes around Etosha Pan become a magnet for animal numbers of biblical proportions. Etosha National Park is dominated by this colossal mineral pan (the size of Holland), while the surrounding grasslands are feeding grounds for dense herds of plains game and Namibia wildlife like elephant, rhino, lion, leopard, cheetah and giraffe.

Damaraland is home to small populations of desert-adapted elephant, black rhino, giraffe, ostrich, oryx and springbok (gazelle). Desert-adapted elephants can travel up to 70 kilometres (40 miles) a day through the desert in search for food and water – and unlike their larger savannah cousins, they don’t destroy any trees in their quest for nourishment.

Kaokoveld is an otherworldly and mountainous landscape of rugged beauty. The region is a refuge for rare desert-adapted lion, elephant, black rhino, giraffe and oryx. The nomadic lions of Kaokoveld have adapted their lifestyles to survive in one of the world’s harshest environments. Sustenance is difficult to come by in the desert, so these powerful cats have learned how to take down big animals like giraffe and even elephant. 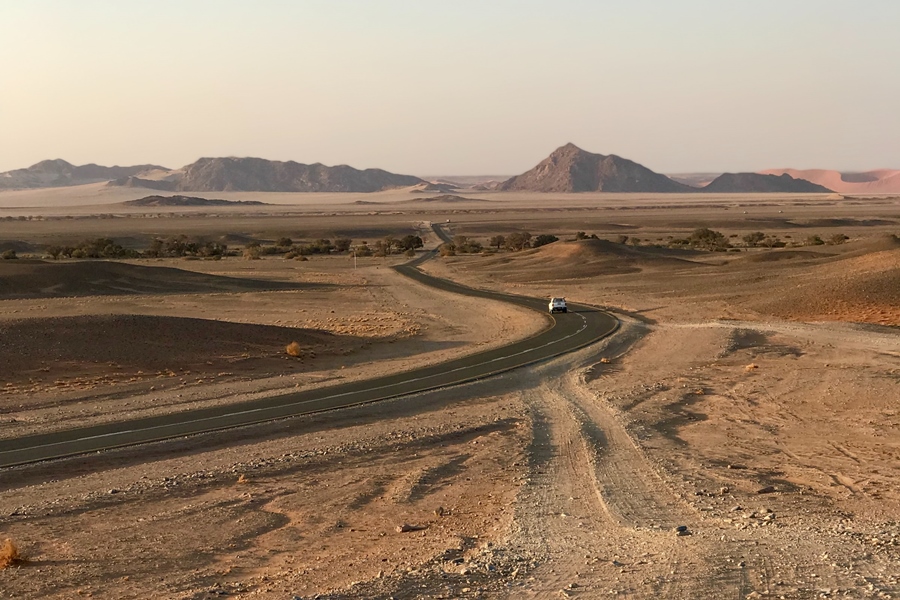 To make the most of a Namibia holiday, you either need enough time or enough budget. If you have the budget, it’s very easy to fly between the remote corners of this colossal country. But if you have ample time and an independent spirit, there’s no better country in Africa in which to go on self-drive safaris.

Driving yourself is by no means intrepid exploration. Car hire can be arranged for you with a complete itinerary, detailed maps, and all the information that you'll need to safely enjoy your self-drive Namibia holiday.

Distances may appear daunting, but the country’s roads are good, straight and uncrowded. Driving yourself not only gives you complete freedom to create an adventure at your own pace, but it also immerses you in the natural grandeur and sheer emptiness of the Namibia landscapes. 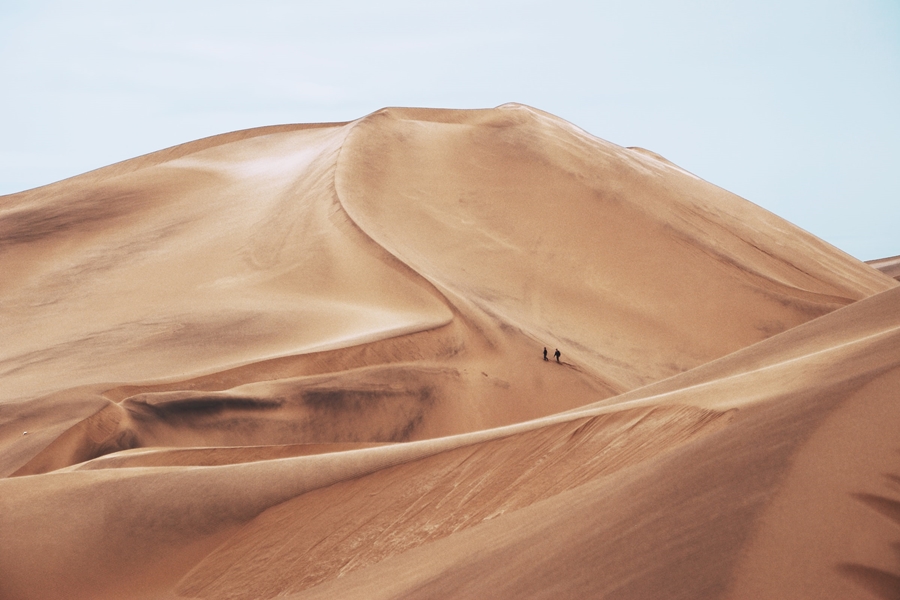 When it comes to sheer scale and natural beauty, Namibia’s epic landscapes are hard to beat. Imagine ochre sand dunes more than 300 metres (985 feet) high, soaring inselbergs, or a tempestuous coastline scattered with shipwrecks and whale- and seal bones.

From sandboarding down the dunes of our planet’s oldest desert to climbing the granite flanks of the 'Matterhorn of Africa', a Namibia vacation offers a plethora of activities for thrill seekers.

Where to Go in Namibia 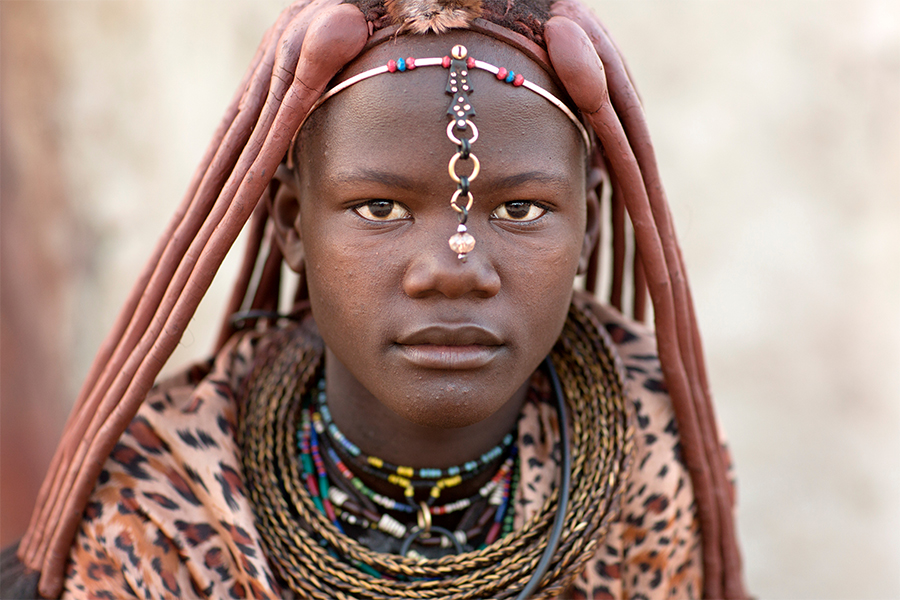 Journey to a remote corner of the Kalahari to meet the San Bushmen. This indigenous hunter-gatherer society still uses Stone Age technology, yet they possess a knowledge of their environment that researchers are only just beginning to comprehend. Their understanding of the natural environment is extraordinary to witness, and their survival skills are beyond belief.

The Himba are an indigenous people living in the Kaokoveld region of northern Namibia. Meeting them is among the top cultural interactions you can have in Africa. They are famous for covering themselves with otjize paste – a cosmetic mixture of butterfat and ochre pigment – to protect themselves from the harsh, hot and dry desert climate. It gives the Himba's skin and hair a very distinctive style, texture and orange-red tinge.

What travellers most enjoyed about Namibia

From $815 per person sharing

It is of course the gigantic, incomparable sand dunes of the Namib Desert that feature most prominently on a Namibia safari…  Read more