When is the Best Time to Visit the Serengeti?

The best time to visit the Serengeti is from January to February or from June to October. However, the Serengeti’s density of wildlife offers a spectacular safari experience no matter what time of the year you visit. The park’s open plains and mild climate mean that vegetation is never too dense to see animals, and the region’s two short rainy seasons from November to December and March to April are rarely too unpleasant.

Month by Month Guide for Travelling to the Serengeti:

Visiting the Serengeti from January to March 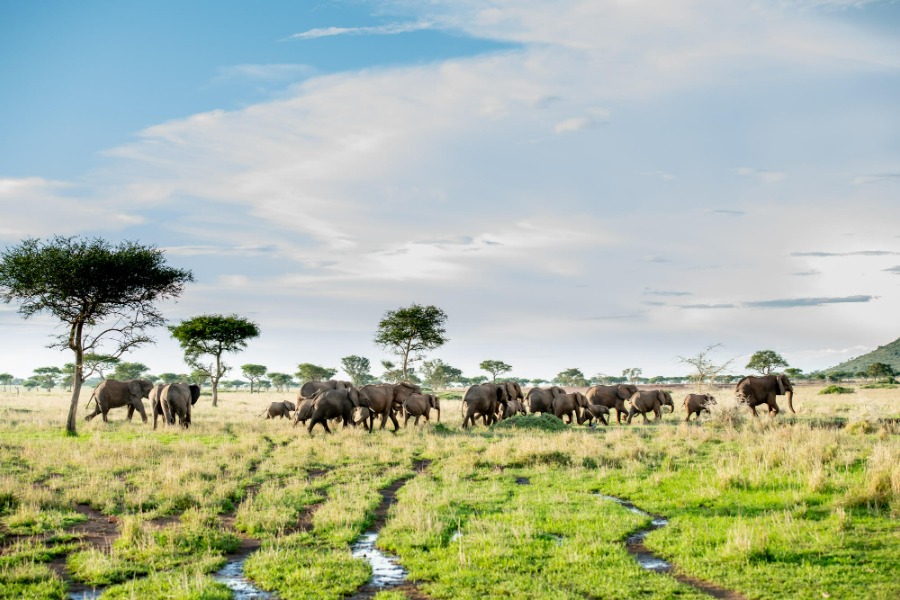 January is when the rolling plains of the Serengeti are a lush shade of emerald, there is hardly any dust, and the game viewing is excellent. The Ndutu Plains area is very popular during this period as the landscape is greener than other parts, with year-round resident wildlife such as elephant, giraffe, and various antelope species.

It’s the wildebeest calving season during February which makes this the best time to go to on a Serengeti safari to witness the many herds giving birth to their young. The wildebeest, zebra and gazelles making their annual migration through the Serengeti National Park can be viewed in their thousands.

March marks the end of the green season as the ‘long rains’ begin. The Serengeti enters a low season period when there are less safari crowds, and the migratory herds begin to leave the Ndutu region in the south and head west. The humidity rises during March, but this is the best time to go to the Serengeti for great rates on accommodation.

Travelling to the Serengeti from April to June 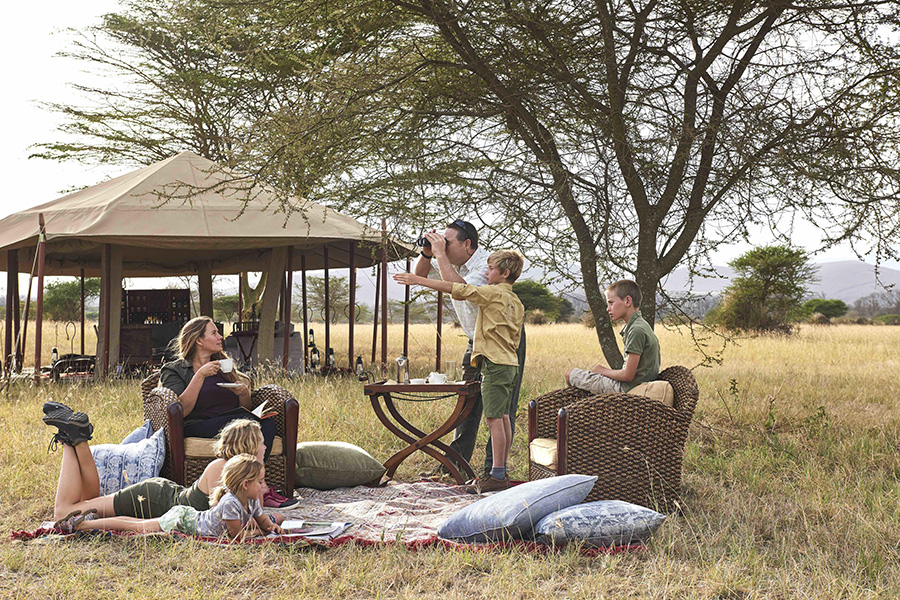 The Serengeti starts to see fewer visitors around April, which is mostly due to the humidity and wet weather during the month. It’s not generally considered the best time to visit the Serengeti, but it can be an ideal time to get off the beaten track and explore the remote corners of the park.

There is very heavy rainfall throughout May and the camps and lodges in the Serengeti are relatively quiet. This is not the best time to visit the Serengeti for a safari unless you make your way to the central and western regions of the park to follow the Great Migration.

June is the start of the popular dry season and is the best time to go to the Serengeti just before the peak safari season. This is when the Great Migration starts moving north, the dry conditions prevail across the land, and there is a slim chance of occasional afternoon thundershowers.

Visiting the Serengeti from July to September 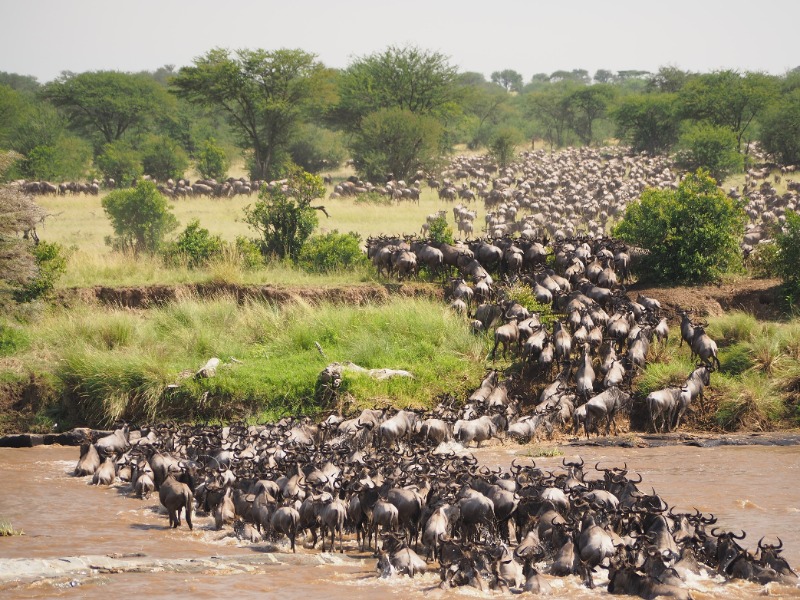 Many visitors flock to the Serengeti from July to September to witness the Great Migration. River crossings are a spectacle during these months – quite often panic ensues within the herds as crocodiles waiting to pounce attempt to snatch them as they make their way across. There are more safari vehicles in the Serengeti National Park during this period than any time of the year.

August is peak season and generally considered the best time to witness the dramatic river crossings from the northern Serengeti into the Masai Mara. This is the best time to visit the Serengeti for prolific wildlife encounters as the herds are easier to spot and there are many predators around – you’ll see some of Africa’s big cats on the hunt!

September is still very busy with visitors in the Serengeti National Park, especially on the Kenyan and Tanzania borders as the herds of animals travel over the Mara River in smaller batches. The southern parts of the park are quieter during September.

Travelling to the Serengeti from October to December 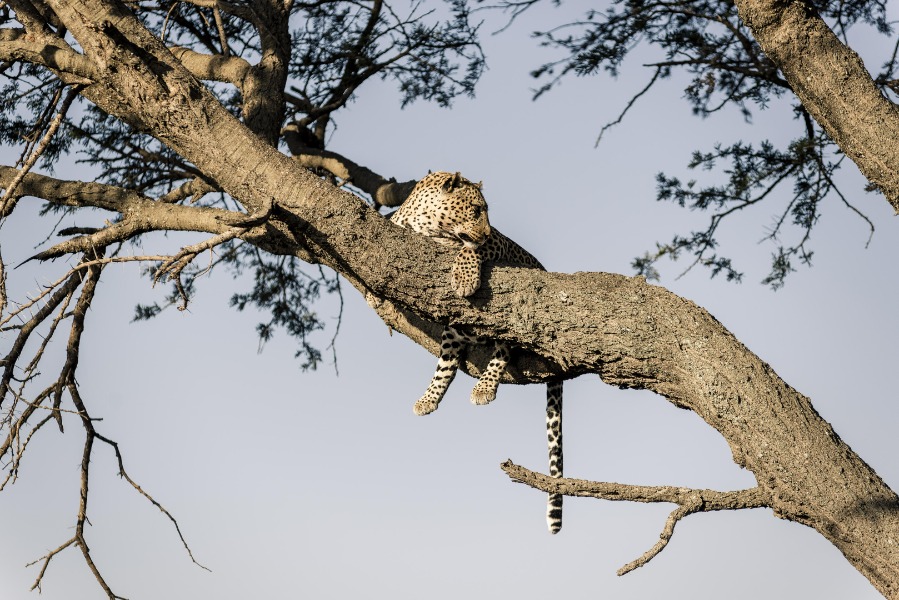 By October the plains of the Serengeti are mostly parched, but the dry season is now coming to an end. Although the Wildebeest Migration’s herds have made their way into Kenya, game viewing in the Serengeti National Park is still nothing short of spectacular.

November is the beginning of the ‘short rains’ in the Serengeti National Park and is a quieter, low season. The rains bring fresh grasslands for grazing in the southern areas and it’s a good time to take advantage of lower rates.

The rains continue and the scenery changes from dry dusty plains to rolling grasslands. The cycle of the Great Migration in the Serengeti continues in December. The migrating herds make their way to the southern plains of the Ndutu region where they prepare for the breeding season. The temperatures and the humidity begin to rise for the wet summer months. The festive season can be very busy, so it’s advisable to book your accommodation well in advance.

Chat with someone who's been there. Get in touch with one of our Africa Safari Experts to help tailor-make a trip to the Serengeti that's right for you.

From $925 per person sharing

From $915 per person sharing