When is the Best Time to Visit Masai Mara?

The best time to visit the Masai Mara is for the world-famous Great Wildebeest Migration, from about August to November. Due to varying rainfall patterns, the exact timing varies year to year. Some years the rains might be early and the herds will arrive and depart sooner, while other times the late rains mean the wildebeest arrive later and you’ll still find stragglers.

However, thanks to its abundant resident wildlife and temperate climate, the Masai Mara is widely regarded as a fantastic year-round safari destination. Its wide and open plains mean there is virtually always something to see – no matter what time of year you visit.

Tip: the Masai Mara is also great between January and the end of March. The weather is usually mild and dry, and most of the safari crowds are absent.

When to See the Wildebeest Migration in the Masai Mara

Month by Month Guide for Travelling to Masai Mara: 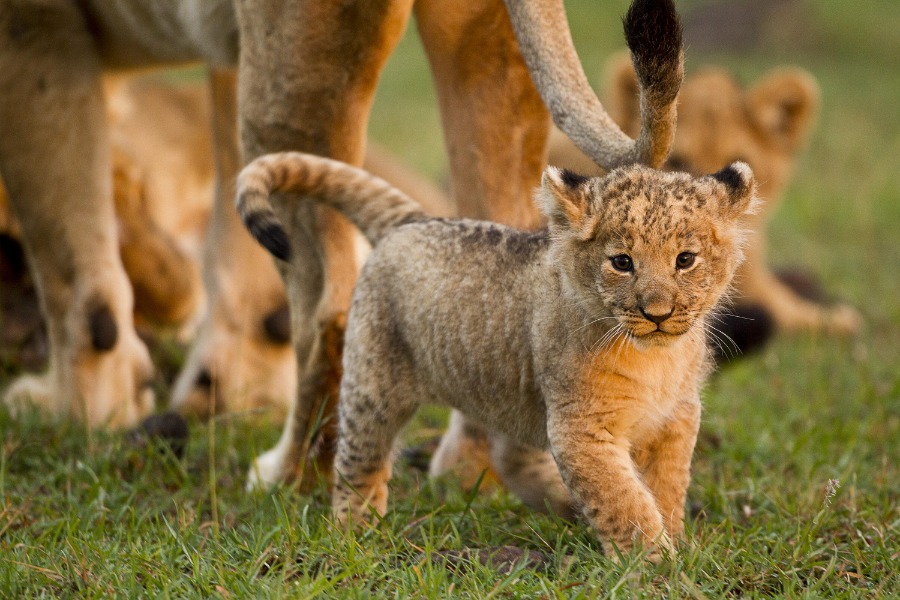 January is one of the warmest months of the year in the Masai Mara. It’s not as rainy as December, with an average of 15 days of rainfall throughout the month, and if it does rain it’s usually just a short-burst shower in the afternoon. This is the best time to visit the Masai Mara if you are a birding enthusiast as the migratory species from North Africa and Europe can be spotted frequently in the area. January is also calving (birthing) season and is a time when new life is abundant.

In February thousands of baby animals are born a day, and the birthing season carries through until March. This is when to visit the Masai Mara for a safari to avoid the crowds and to witness Africa’s big cats stalk the plains game. Plus, it’s a fantastic time for photographers because you’ll often have massive tracts of land and sightings all to yourself, especially in the Mara’s private conservancies.

March is a rainy month in the Masai Mara. Most days will have afternoon thundershowers and these conditions can cause flooding, and some camps begin to close for the low season.

Travelling to Masai Mara during April and May 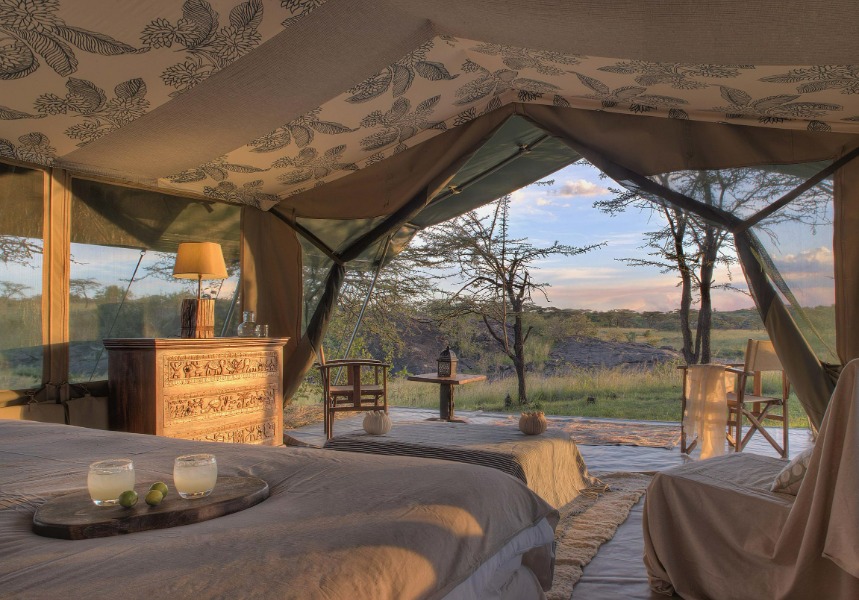 April is a low season month and has more rainfall than any other time of the year. It’s slightly cooler than March but it’s still warm. This is the period of the ‘long rains’ and a few Masai Mara lodges and camps may close over this time to attend to general maintenance and refurbs, and to give their staff a long and well-deserved break.

There is slightly less rainfall during May but it’s still one of the wettest times of the year in the Masai Mara. This period does mark the start of some slightly cooler months in Kenya which usually lasts until September. Dirt roads turn to sticky mud, rivers flood their banks, and the almost persistent drizzle never really allows for a sunny gap. However, predicting rain is the most inexact of sciences and you may find that one year May is washed out, while the next is dry. If you want to visit the Mara during this time, we recommend a fly-in safari. 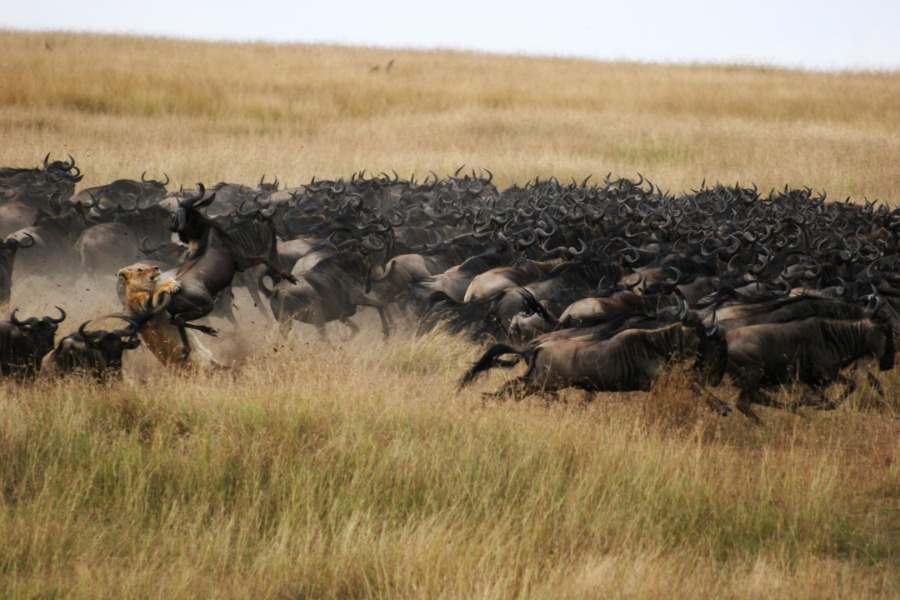 June marks the end of the ‘long rains’ and the start of the busy season. It’s a much drier month, and the days are far cooler than any other time of the year. The vegetation is still lush and dense from all the rainfall and even though the animals can sometimes be hard to spot, it’s still considered one of the best times to visit the Masai Mara for a safari. Most of the Great Migration herds (and their entourage of tourists) are yet to arrive and preparations are well underway for their imminent appearance.

In July the wildebeest herds may start to arrive in the Mara after their journey from the Serengeti. The daytime conditions are very pleasant with warm weather, but it can get cold in the evenings and on early morning game drives. It is the driest month of the year which keeps the wildlife within reach of their watering holes. This is the best time for a Big 5 safari in the Masai Mara, but it’s one of the busiest months of the year - prices go up and sightings can become crowded in the national reserve.

August is another dry month of the year in the Masai Mara but has the same cooler temperatures as July, especially at night. August is a popular month to witness the daily wildlife spectacle of the Great Migration, as well as the famed Mara River crossings. But these crossings cannot be predicted - sometimes the herds stay put for weeks, other times they could cross four times in a day.

Travelling to Masai Mara during September and October 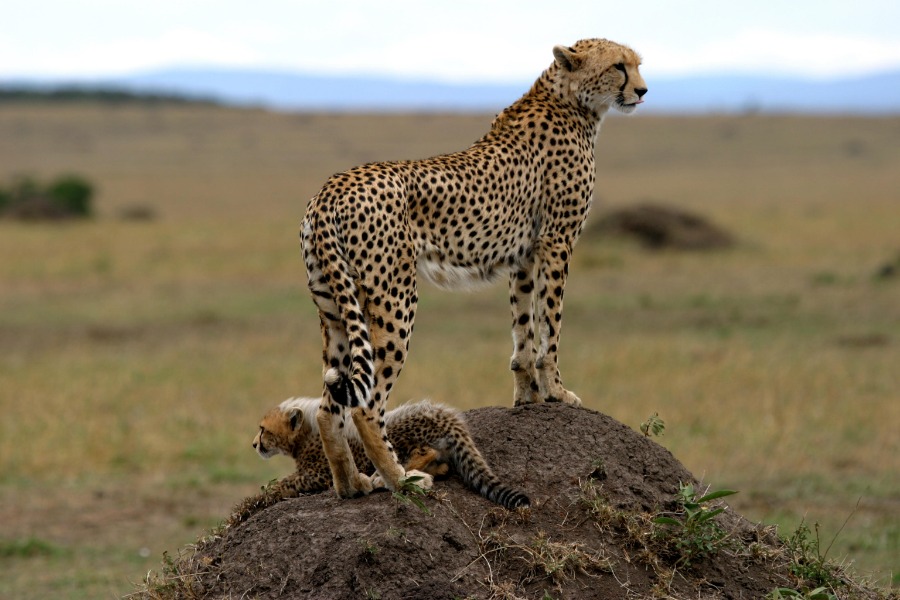 September is slightly warmer in the Masai Mara than in August with high daytime temperatures and cold nights. It’s still the dry season, which makes for exceptional game viewing and it’s still a great month to see the Migration in full swing. Things begin to heat up in the Masai Mara during October and it is one of the hottest months of the year. Most of the wildebeest herds are still in and around the Mara. 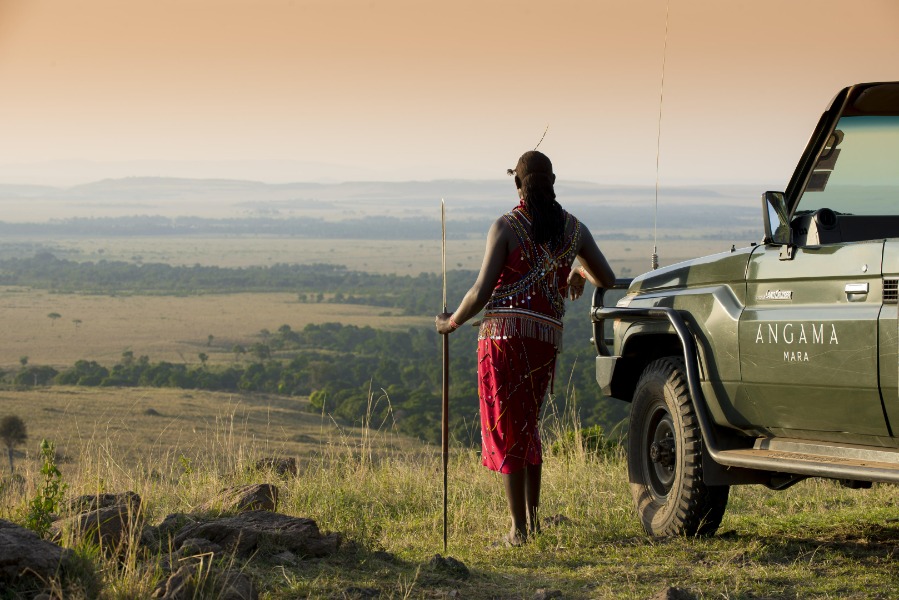 November's short summer rains trigger the last leg of the Great Migration, when the wildebeest move south to their Serengeti calving grounds. The only downside can be the rain, but the thundershowers are usually short afternoon bursts followed by clear skies. December is less busy at the start of the month than during the peak season months, but it can get busy in the national reserve over the festive season period.

Chat with someone who's been there. Get in touch with one of our Africa Safari Experts to help tailor-make a trip to the Masai Mara that's right for you.

The Masai Mara National Reserve has fenceless borders with a number of private conservancies, including Tanzania's Serengeti National Park. This…  Read more