You've crossed off each member of the Big 5 from your must-see list and witnessed the Wildebeest Migration – now it's time for something entirely different. Tanzania's unbeaten paths lead to extraordinary destinations, perfect for seasoned safari-goers or intrepid first-timers who want an unorthodox introduction to Africa.

Over decades, Tanzania has earned its reputation as a safari destination par excellence. These days names like the Serengeti and Ngorongoro Crater trip off the tongue as easily as Kenya's Masai Mara and Amboseli. The drawback is that everyone else has now heard of these places too. Visitors on a peak season game drive in the Ngorongoro Crater will have to contend with dozens of other vehicles clustered around a good sighting, while migration season in the Serengeti sees the lion's share of the thousands of visitors who flood into the park each year. 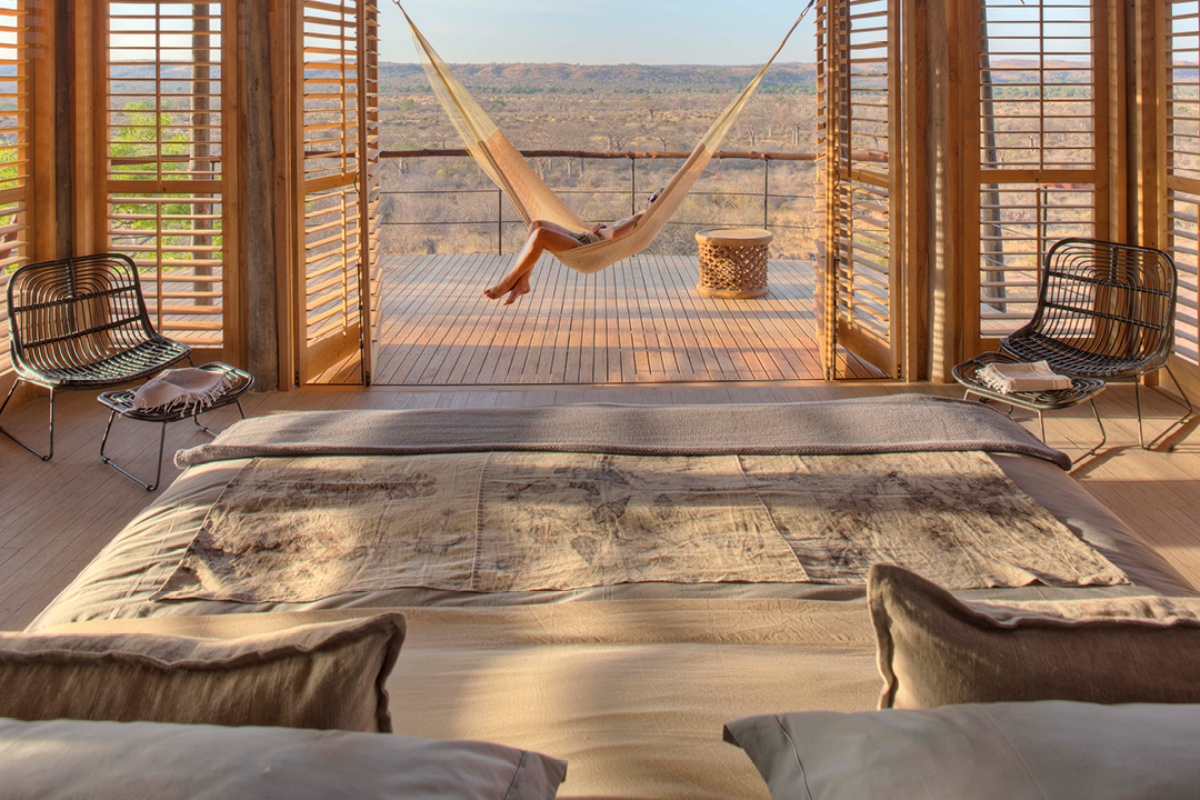 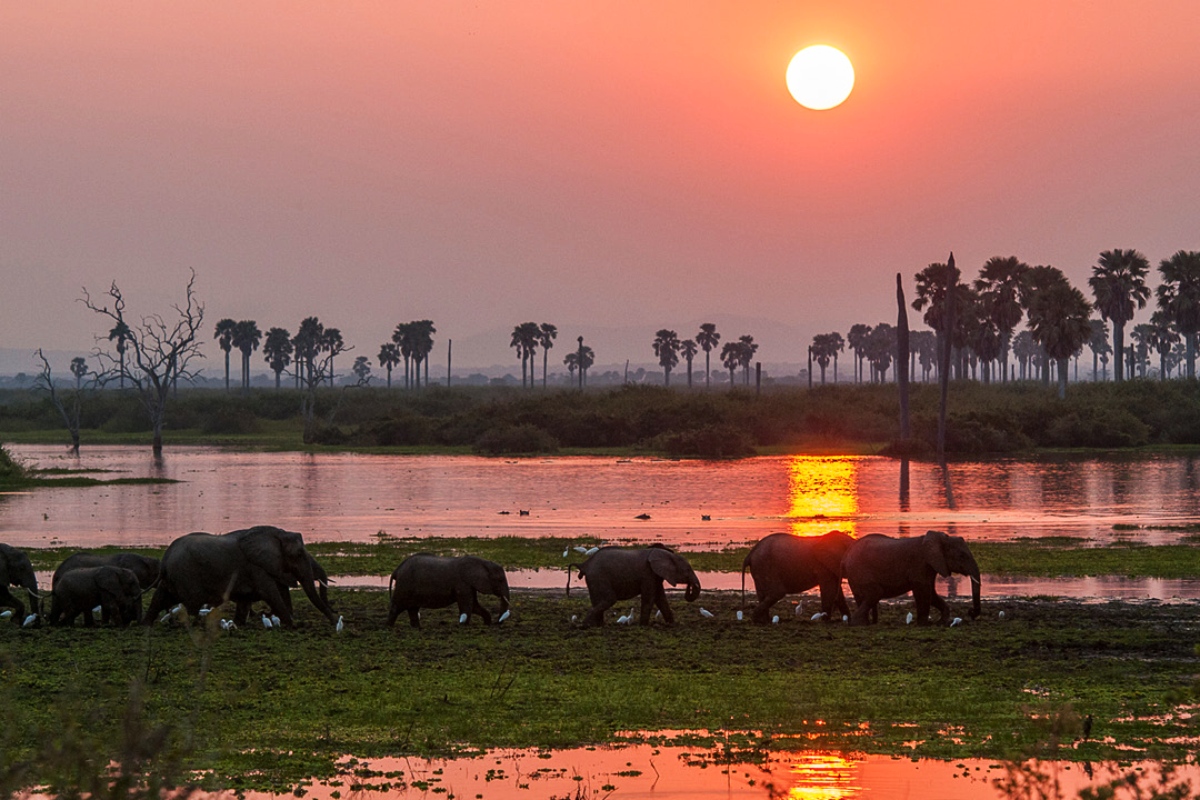 Watching elephants with Roho ya Nyerere.

How about a reserve bigger than Switzerland with visitor numbers hovering around one percent of Tanzania's annual total? While stretches of the Nyerere National Park (previously Selous) are off limits, the vast territory that is open to visitors is wildly beautiful and, game-wise, incredibly rewarding.

Nyerere is jam-packed with animals, and by 'jam-packed' I mean Africa's densest populations of buffalo, hippo, wild dog and lion – not to mention a tenth of the continent's elephants. A handful of fly-in lodges in secluded settings offer game drives as well as guided nature walks and riverboat safaris.

The June to September dry season offers Nyerere's best game viewing and most pleasant climate. The 'short rains' of October and November are followed by a drier spell from December to February – a fantastic time to see migratory birds – after which the 'long rains' of March and April begin.

From $795 per person sharing 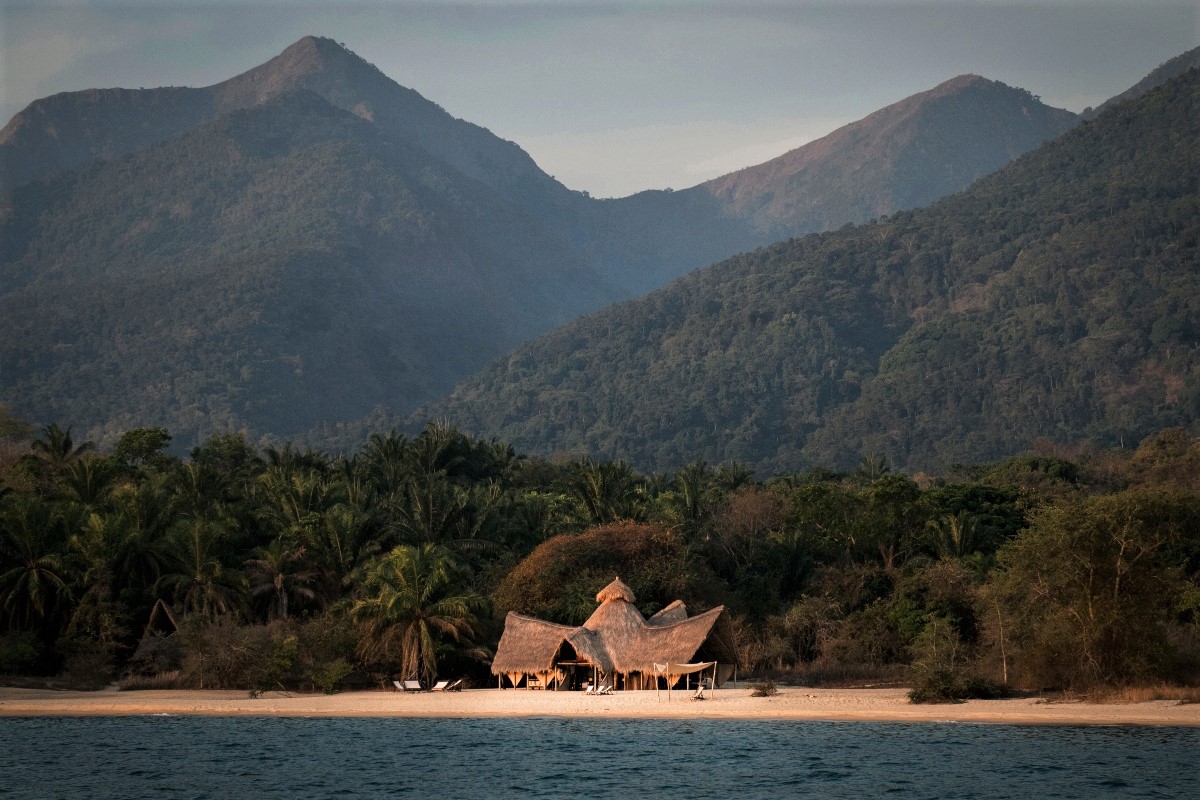 Another of Tanzania's off-the-beaten-track destinations is Mahale Mountains National Park. It is accessible only by boat and protects the rainforest-covered mountains that tumble down to the echoing shores of Lake Tanganyika.

A cacophony of unfamiliar calls ring out from the forest when you stand at its edge, awestruck by the majesty of the setting. Home to a dozen primate species, Mahale's signature activity is guided chimpanzee trekking, though with annual visitor numbers barely making it into three figures, you may simply want to revel in the tranquil solitude of this wild place. Relax on the lake's footprint-free beaches, go fishing, watch birds and butterflies, or trek into the cathedral-like forest for a face-to-face encounter with wild chimpanzees, our closest living relatives.

Mahale is best for chimp trekking from July to October.

From $650 per person sharing 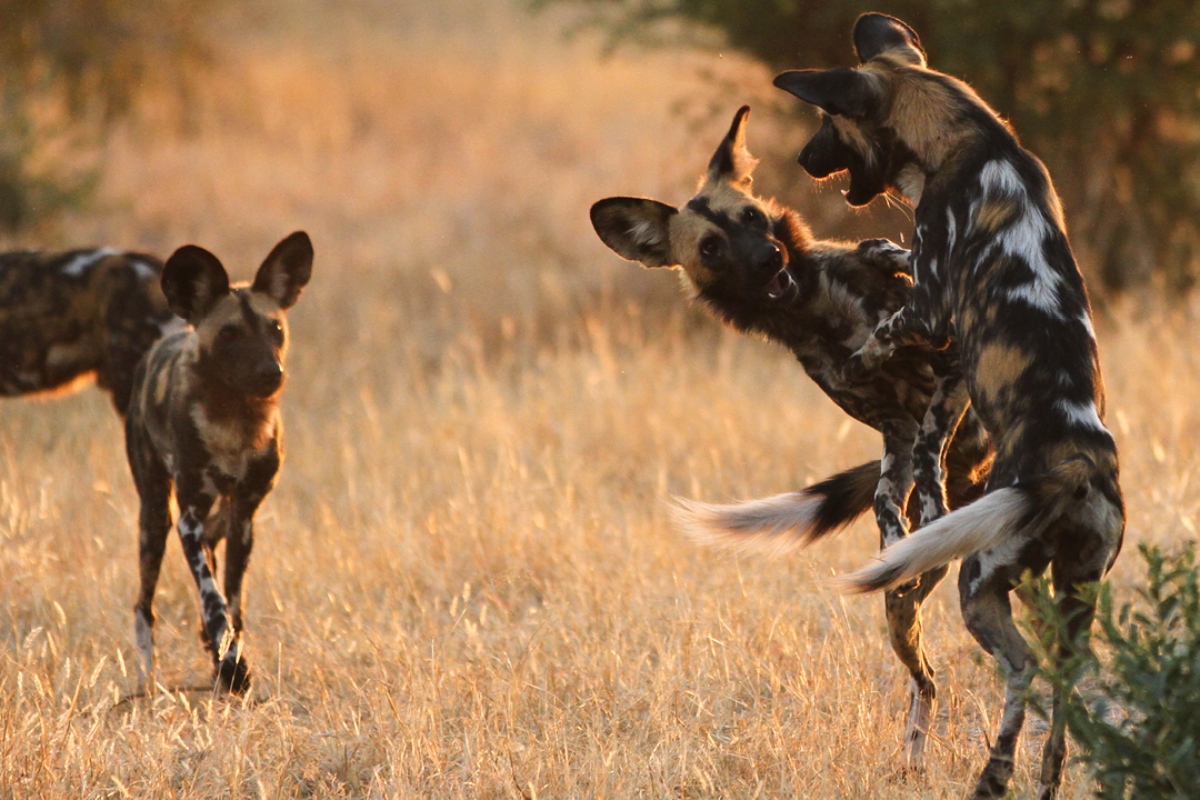 Equally far from the beaten path are Katavi (you've probably never heard of this national park) and Ruaha, attracting a very small percentage of the volume of visitors who pack the Serengeti each year.

Both are big, rolling savannah parks with healthy populations of the heavyweight species – elephants, buffalo and the big cats – and both are serious contenders for that most coveted of Tanzanian titles: 'Best-kept Secret'. The game viewing is great, the scenery spectacular and the parks retain a truly wild ambience. Fly in and see them now before the secret gets out. There are a handful of luxury lodges scattered in each park, usually set next to rivers for easy armchair game viewing.

When to Go to Ruaha

The dry months of June to October are best for a Ruaha safari, but temperatures increase dramatically as the dry season wears on. Although game viewing is at its peak from August to October, so is the heat. The rainy season begins in November and continues into late May.

When to Go to Katavi

Like Ruaha, the June to October dry season is the best time to visit Katavi. If you're an avid birdwatcher, the hot and rainy summer months of December to April deliver sensational birding in both parks.

From $875 per person sharing

From $485 per person sharing 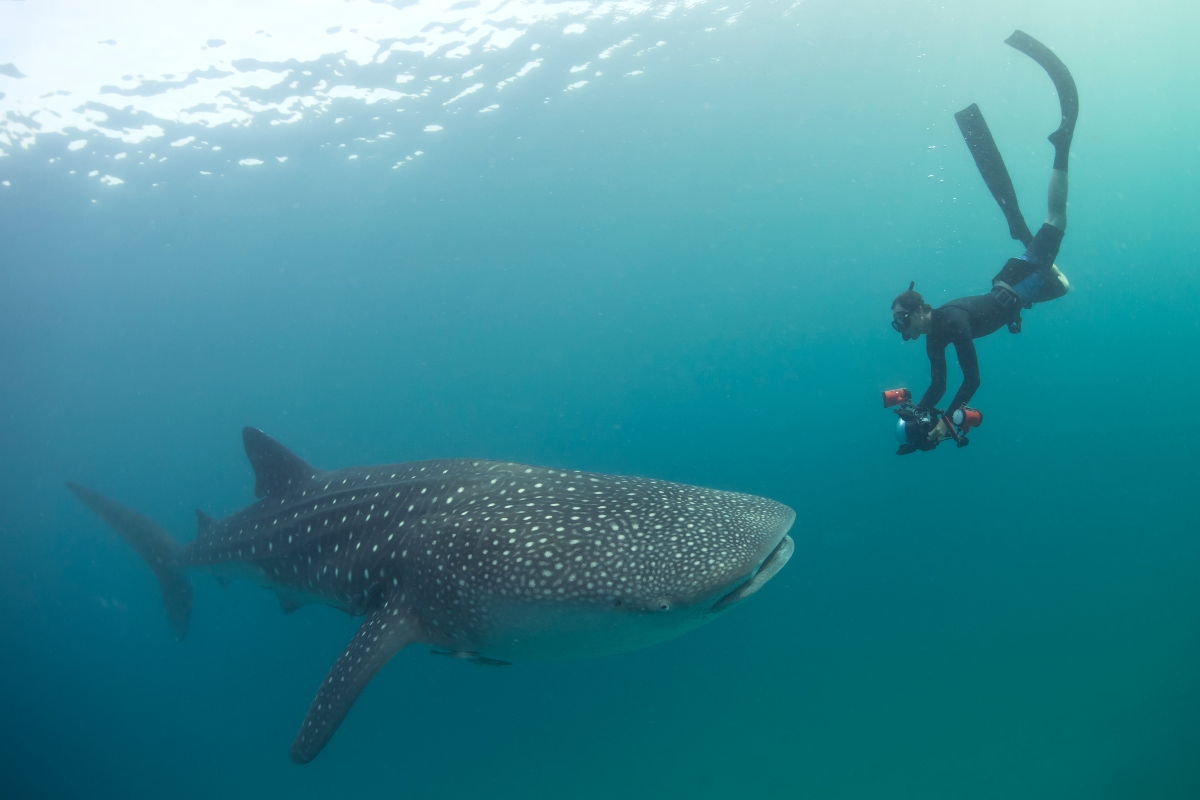 While Zanzibar is probably the most popular island off Tanzania's coast, Mafia Island has managed to remain under the radar for decades. This classic Indian Ocean island lies 200 kilometres (124 miles) south of Zanzibar and flaunts a genuinely serene tropical ambience. It's home to one of the world's best dive sites, the Mafia Island Marine Park, and the perfect place to live out your castaway fantasy.

Whale sharks migrate along the coasts of Kenya and Tanzania from about October to April every year. During this period, these gentle giants concentrate around Mafia Island longer than anywhere else on the East African coast.

Whale sharks are fascinating creatures: some live more than 100 years and reach lengths of up to 20 metres (65 feet). They are slow-moving filter-feeders, consuming enormous quantities of plankton. To swim alongside the biggest known fish in the sea is one of life's greatest privileges. 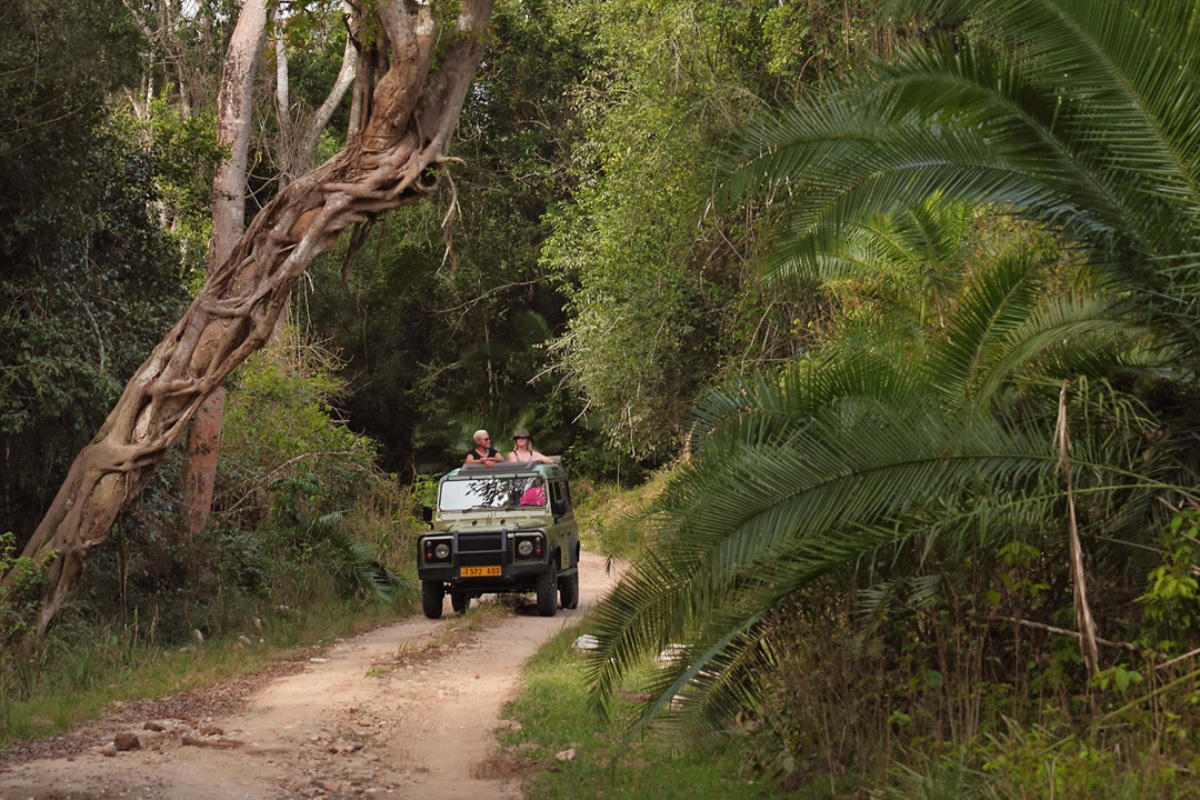 Rubondo Island National Park is an unspoilt paradise located on Lake Victoria, Africa's biggest lake. Its extraordinary natural bounty has earned it the nickname, 'Noah's Ark'. While its shoreline supports masses of hippo and crocodile, the island's interior forests and woodlands are sanctuaries for chimpanzees, monkeys, rhinos, giraffe and elephants. Rubondo's emerald heart is a papyrus swamp, home to more than 200 bird species, almost 70 species of butterfly and 40 species of orchid. Truly, an unknown paradise.

Rubondo Island Camp is the only accommodation on this verdant island and will immediately immerse you in a pristine ecosystem. If you're looking for a one-of-a-kind adventure in a supremely wild location untouched by man, then set your compass for Africa's biggest island national park.

While Rubondo is a birdwatcher's nirvana between November and March, taking part in a pioneering chimpanzee habituation experience is arguably the highlight here. For a very limited time (anywhere between June and October), guests at Rubondo Island Camp can join a research team as they accustom chimpanzees to the presence of humans and encounter them up-close in the wild: a once-in-a-lifetime experience seldom available to non-scientists and researchers. 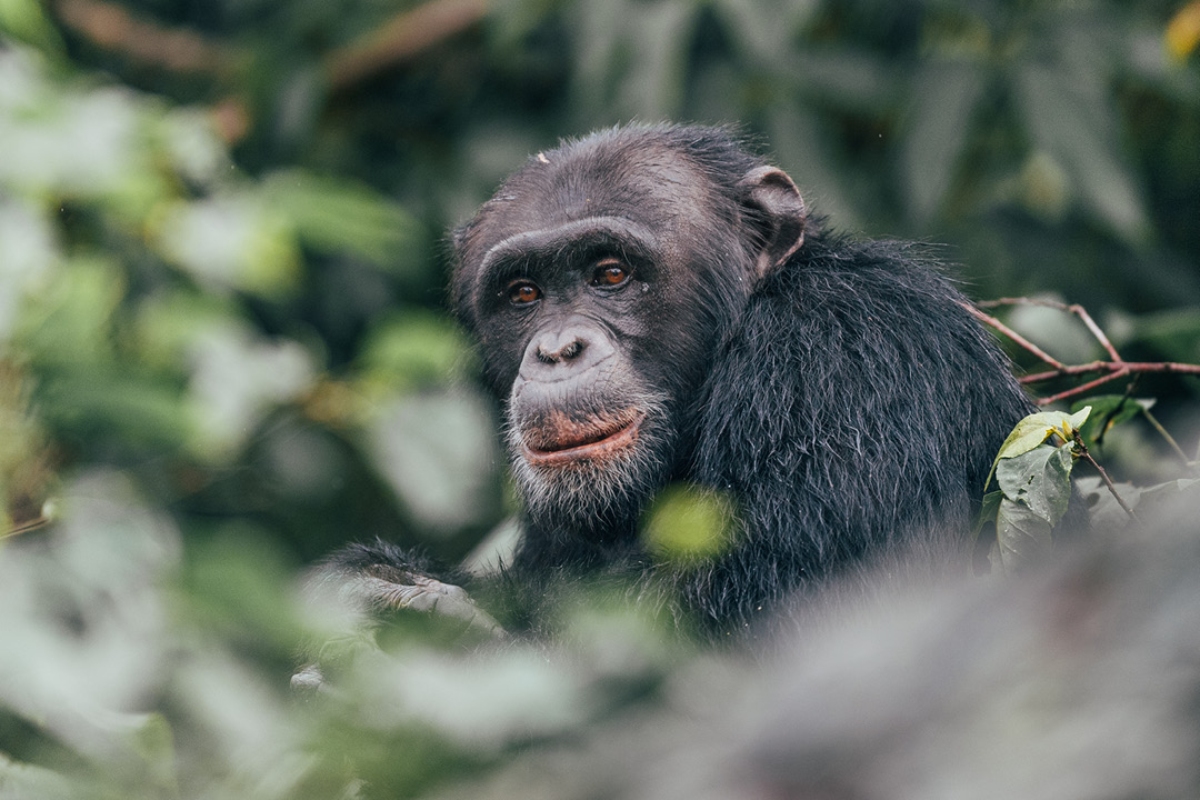