At Go2Africa, we take pride in providing our clients with unbiased advice and unforgettable safari experiences. Our Africa Safari Experts are permanently based in Africa, are well travelled and have extensive first-hand knowledge of the destinations they recommend. They regularly inspect new lodges, and try out experiences and activities to ensure these offerings meet our clients’ expectations.

There's nothing like up-to-date, relevant travel information direct from someone who’s been there.

Flights and Getting Around 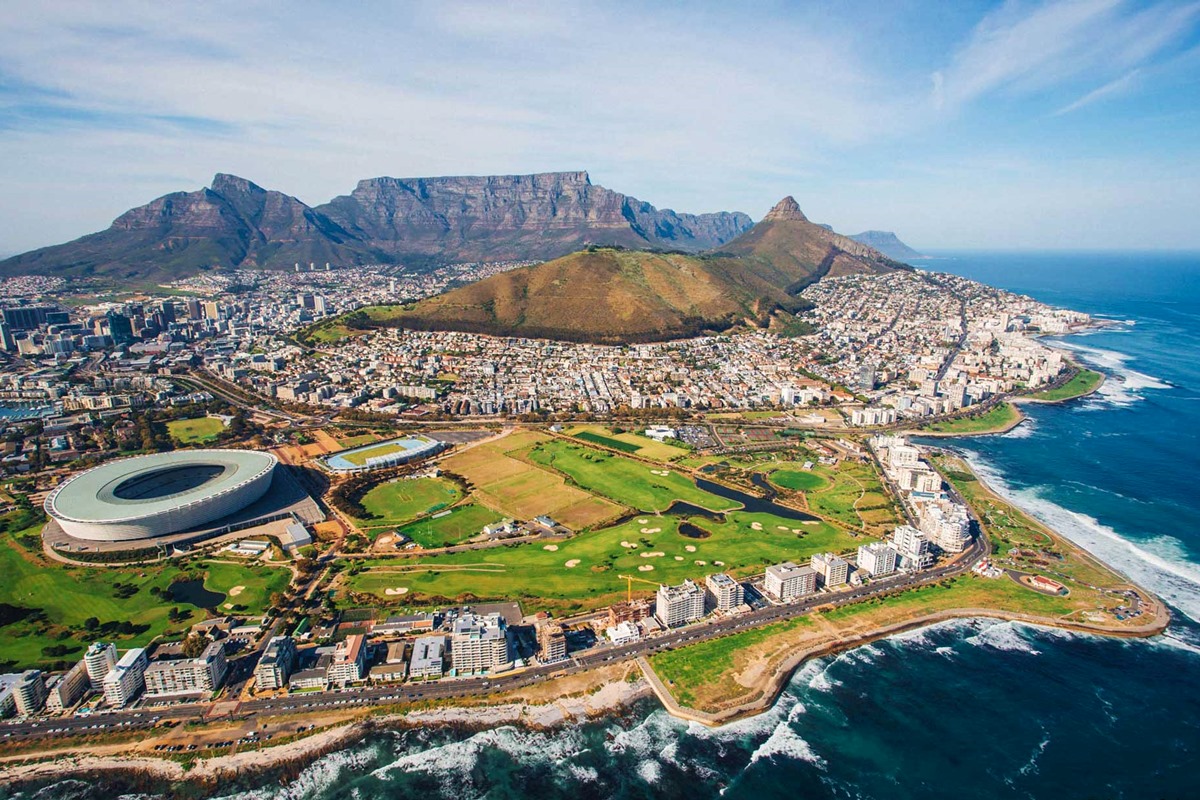 OR Tambo International Airport: Africa's biggest travel hub and Johannesburg's main airport serves as a gateway to all South and Southern African destinations, as well as East Africa and the Indian Ocean islands.

King Shaka International Airport: visitors to KwaZulu-Natal's game reserves, battlefields and Indian Ocean coast will land here via Johannesburg or Cape Town – though there are direct flights via Dubai. A direct flight to Mauritius makes for a great KZN safari and beach holiday.

Hoedspruit Airport: fly into the Kruger's second airport from Johannesburg or Cape Town for easy access to the park's private reserves.

Skukuza Airport: the only commercial airport in the Kruger National Park serves daily flights between Johannesburg and Cape Town.

Port International Elizabeth Airport: the gateway to the Big 5 reserves of the Eastern Cape. Port Elizabeth also serves as an ideal finishing point for travellers on a self-drive road trip from Cape Town to the Eastern Cape via the Garden Route.

George Airport: journey straight into the heart of the Garden Route with a flight to George via Johannesburg or Cape Town.

Getting around South Africa is easy. Daily commercial flights link all its cities, while private and chartered aircraft also crisscross the South African skies. Many of our recommended lodges have their own private airstrips.

Road transfers are conducted in modern and comfortable vehicles and, because of its sophisticated infrastructure, South Africa is ideal car-hire country. Suitable destinations for a self-drive holiday include Cape Town, the Cape Winelands, the Garden Route, KwaZulu-Natal and the Eastern Cape. Many visitors to the Kruger National Park choose to drive there via the scenic Panorama Route, but once at their safari accommodation will join other guests on the guided game drives.

Did you know you can book your flights through Go2Africa? For more information and frequently asked questions, please see our Flights section. 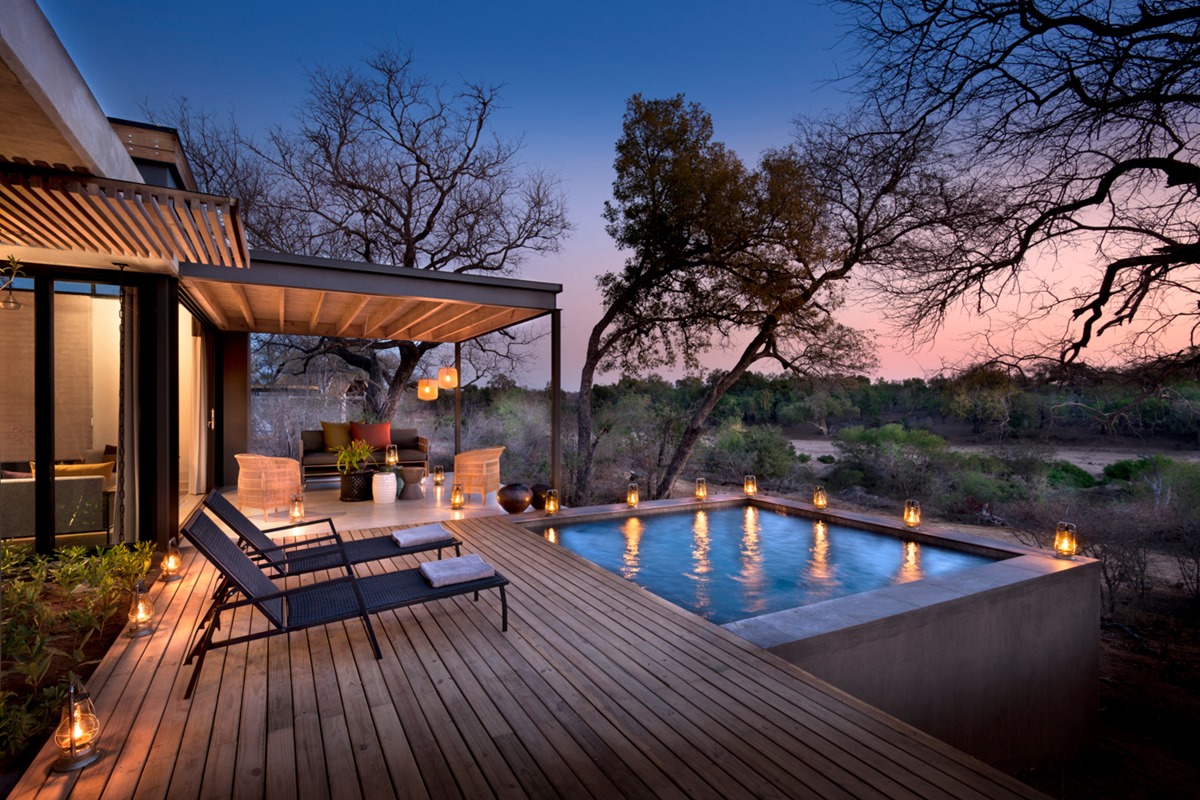 South Africa’s national currency is the South African rand. Foreign currency can be readily exchanged at banks, bureaux de change and many hotels. Most travellers simply draw cash at ATMs (cash machines), which you’ll find throughout South Africa’s towns and cities. Not only is this far more convenient, but ATMs also tend to offer a better rate of exchange.

We advise against carrying large quantities of cash and instead recommend using your credit card for big purchases. Most major credit cards (American Express, Mastercard, Visa and Diners Club International) are widely accepted in shops, restaurants and hotels, but are not always accepted at petrol (gas) stations.

You can claim back the VAT (a 15% value-added tax) on products you purchased in South Africa and are taking out the country (provided the total value of purchases exceeds R250), so be sure to keep your tax invoices and claim your cash back at the airport when you leave. 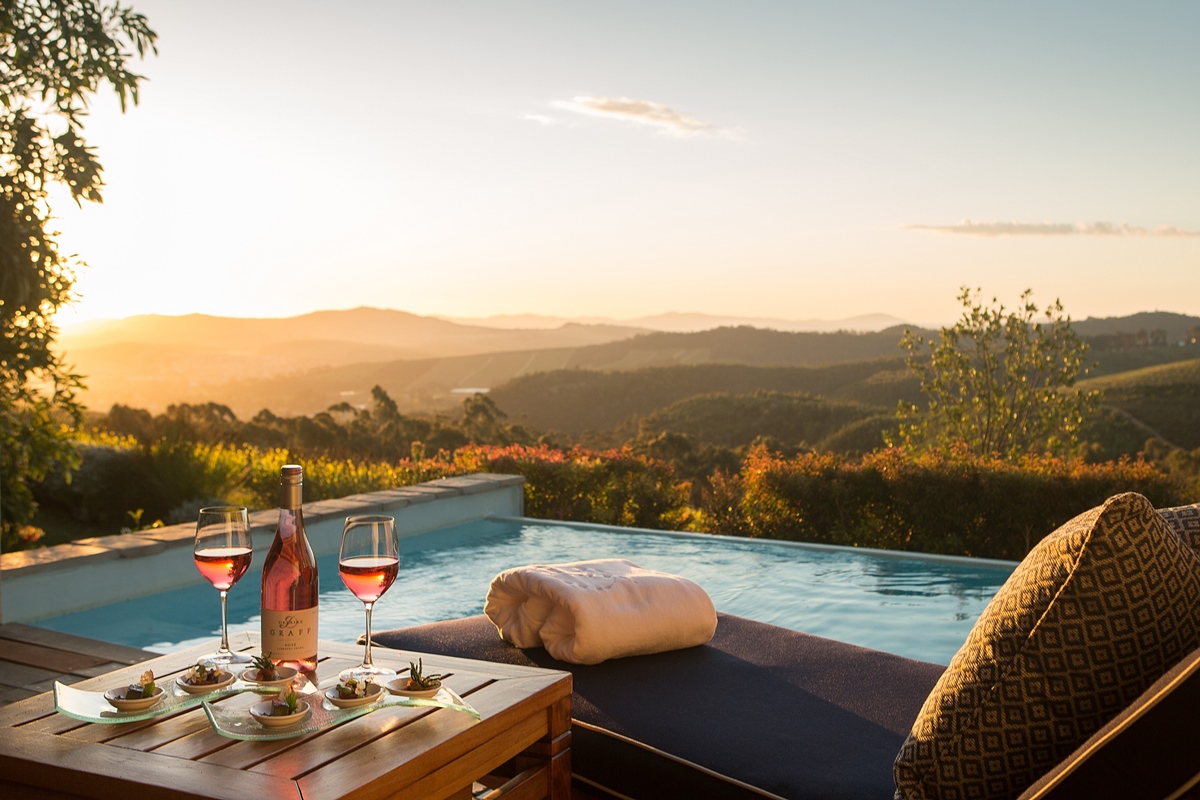 Tipping is customary in South Africa, although entirely at your discretion. Hotels and lodges often use an 'envelope system', whereby your tip is distributed among staff members. At restaurants, the general guideline is 10–15% for good to excellent service. If you’re driving around cities, you’ll often find a yellow-bibbed 'car guard' who’ll keep an eye on your vehicle while it’s parked on the street in exchange for a couple of rand on your return.

See our guide for in-depth tipping advice on your South Africa safari, or get in touch with one of our Africa Safari Experts – they'd be happy to share their knowledge with you. 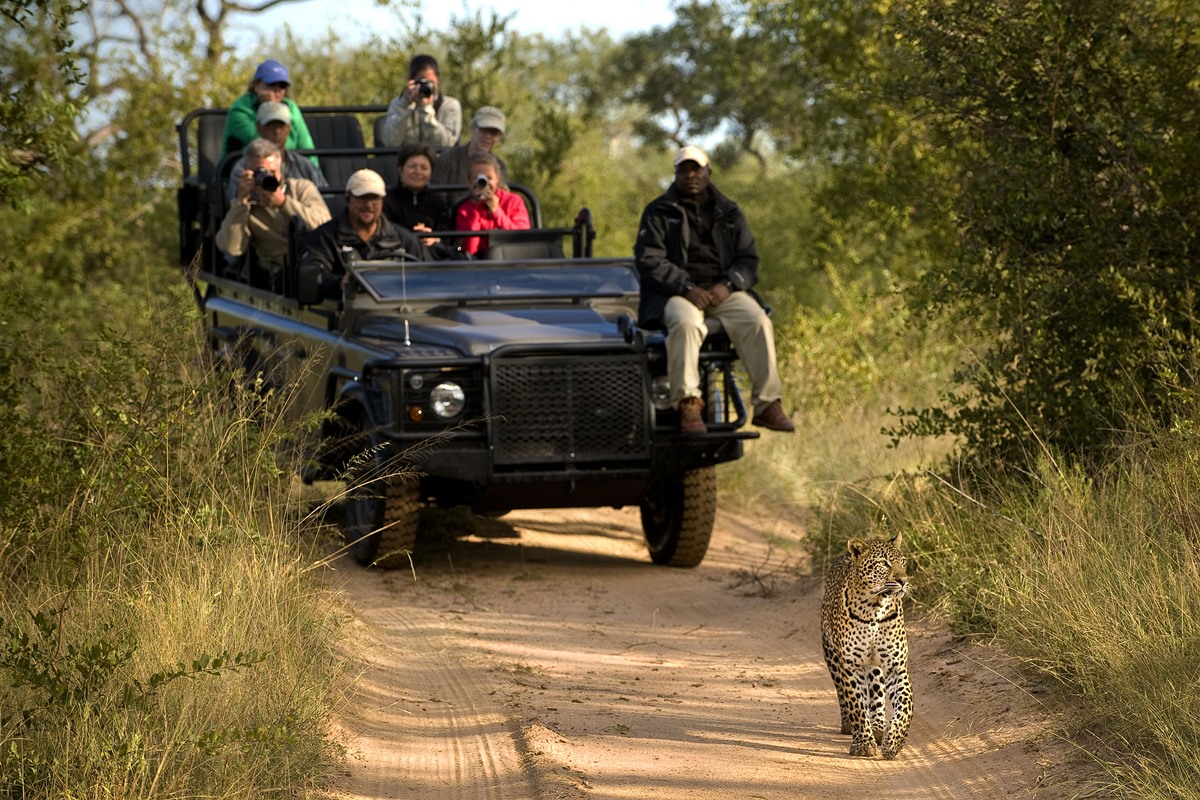 What you pack for your South Africa holiday depends on where and when you want to visit. Given the country’s mostly temperate climate, you’ll be comfortable during the summer in lightweight clothes. Pack a jacket and closed shoes to be safe, though. Cape Town in particular is known for its four-seasons-in-a-day weather, while Johannesburg and the Kruger Park experience heavy summer rains.

If you’re coming to South Africa for a beach holiday, pack plenty of sunscreen, swimming costumes and casual wear for the day. If you’ll be spending time in the cities of Cape Town or Johannesburg, you might want a few more dressed-up items for the evenings. South Africans are relatively casual dressers, but you’ll need a few more formal items if you’ll be staying at the country's exclusive hotels or embarking on a luxury train journey.

If you are visiting South Africa in the winter, pack a few warmer layers, a coat and a pair of boots – it can get surprisingly chilly, especially between June and August.

When it comes to packing for a South Africa safari, follow the guidelines in our Africa Safari Guide travel advice section. Stick to lightweight, practical clothing in neutral colours with a warm fleece or jacket for early morning and evening game drives.

And finally, wherever you are travelling in South Africa, be sure to pack a pair of comfortable walking shoes – from city streets to mountain hikes, there is so much to see and do on foot! 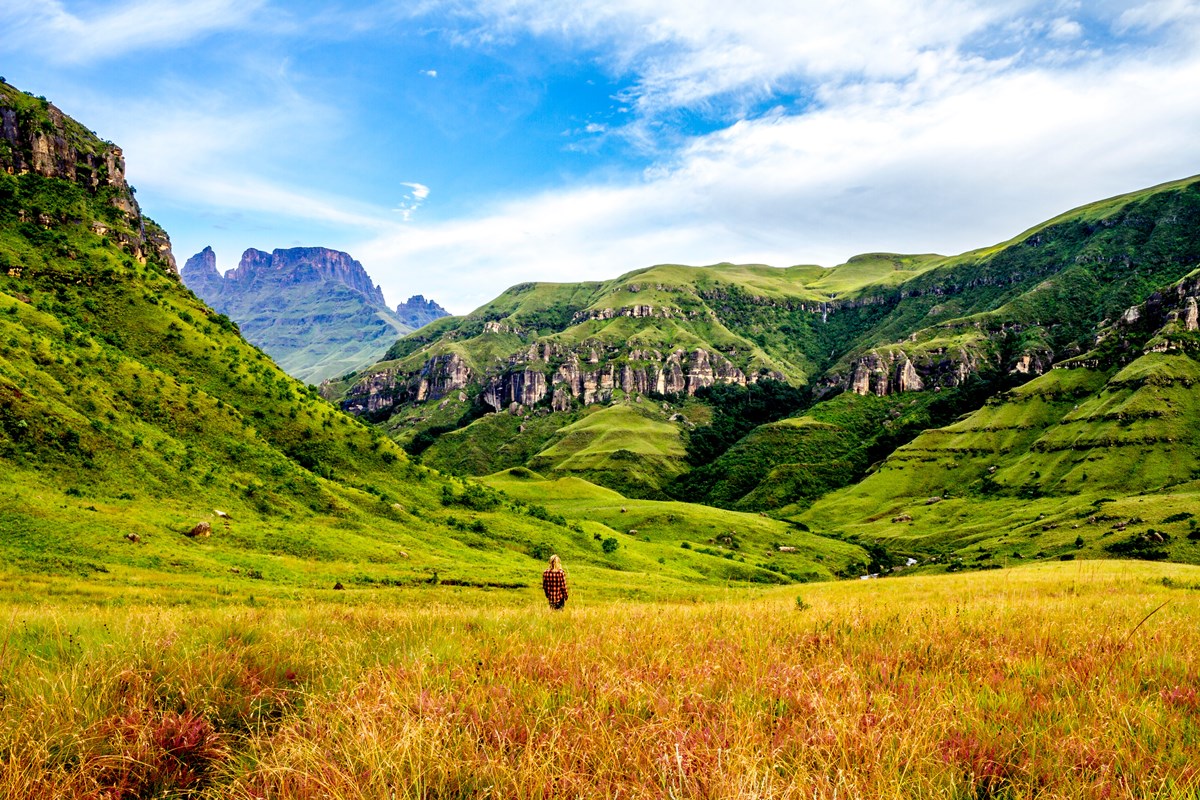 All visitors to South Africa require a passport valid for six months from date of departure, as well as at least one completely blank page in your passport, excluding the final page.

Visitors from the USA, most Commonwealth countries (including the UK and Australia), most Western European countries and Japan don’t require visas, but will be issued a free entry permit, which is valid for up to 90 days, on arrival. Visitors of nationalities other than those listed above will need to obtain a visa from a South African embassy or consulate prior to travel.

Please note that children under the age of 18 must be in possession of their own passports. Travellers who require a visa to enter South Africa and are travelling with children are required to have each child's passport and unabridged birth certificate when applying for visas and when entering the country. 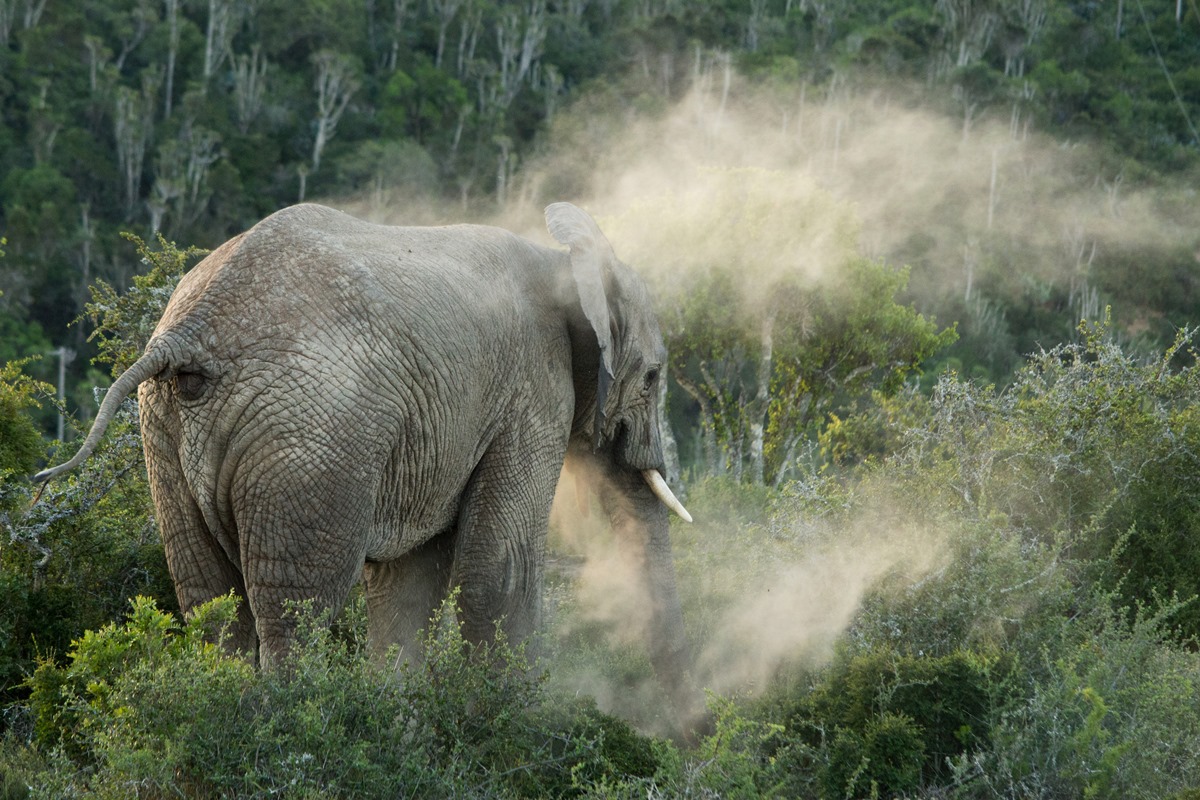 Shaped by one of the world's most turbulent histories, South Africa is a country like no other.

Home to archaeological sites dating back over 3 million years, South Africa's indigenous people were the Khoikhoi and San Bushmen, long since confined to the margins of history. Iron Age African herders and farmers – predecessors of today's Zulu and Xhosa ethnic groups – were the first settlers to arrive, followed by the Europeans, personified by Dutchman Jan van Riebeeck's 1652 landfall.

However, it was the subsequent arrival of the British that precipitated 350 years of colonisation and war, as settlers, missionaries and empire builders established white rule. The subsequent liberation struggle has largely defined modern South Africa, which only became a true democracy in 1994.

Such is South Africa's economic power that it has the same relationship with Africa as the United States has with the world – it's the continent's powerhouse and its GDP alone is a full quarter of that of the entire African continent. A mixed economy with access to abundant resources, South Africa has well developed agricultural, mining, manufacturing, engineering, power-producing and financial industries. Some of its most important exports are gold, platinum, wine, fruit and coal.

The phrase 'Rainbow Nation' was coined by struggle icon Desmond Tutu to describe South African society, and it is a well-chosen one. Few countries can match the ethnic mix of this country, perhaps best illustrated by its 11 official languages (though English is the long-established lingua franca). Nearly 80% of South Africa's 50 million people consider themselves part of a black culture with Indians, mixed race people (fondly referred to as coloureds) and English- or Afrikaans-speaking whites making up the rest. There are also with large Jewish and Portuguese communities. In recent years, South Africa has also become home to many African migrants and refugees.

Like most African countries, South Africa is a deeply religious one: 80% consider themselves Christian and a million people attend the country's biggest Easter celebration every year. Yet despite modern appearances, traditional beliefs still hold sway in much of the country – sangomas (witch doctors) are regularly consulted by 60% of the population and the use of muti (traditional medicine) is widespread.

A country of constant debate, challenge and adaptation, culture runs deep. Home to prehistoric rock art and Nobel Prize Laureates, South Africa has produced world-famous statesmen, writers, athletes and musicians. Its food reflects the diversity of its people and visitors can expect a blend of European, Asian and African influences as well as award-winning wines.

Set at the bottom of the African continent with an array of climactic regions and a 2 500km (1 550mi) coastline teeming with marine life, South Africa has astonishing natural diversity. Dominated by a flat semi-arid interior – the Karoo – South Africa's landscapes include soaring mountain ranges, sub-tropical beaches, temperate forests, high grasslands and tangled bushveld. The Western Cape is home to the striking fynbos vegetation and a stunning coastline, but it's the north and east of the country where most of the large animals remain.

The Kruger National Park is the country's flagship Big 5 reserve, but there are big game destinations all across the country. Its coastal waters are home to whales and great white sharks, both of which can be seen close up. A conservation powerhouse, South Africa is an important stronghold for elephant, rhino, turtles and predators of all description, while its long bird list makes for great bird watching.

Chat with someone who's been there – get in touch with one of our Experts to help you tailor-make a South Africa safari itinerary: