Where to Go on a Walking Safari in Africa

Offered in both East Africa and Southern Africa, a walking African safari can be divided into two main types: short guided bush walks offered by a lodge as an alternative activity to game drives, and multi-day guided walking safaris. The former does not need to be booked in advance and can be built around your safari schedule; the latter requires a degree of fitness, the right gear, and a willingness to engage with the wilderness. Have a look at our recommendations on what to pack for a walking safari.

After a short guided walk you simply return to camp; on multi-day walking safaris in Africa, you are on foot for most of the day, resting each evening in walk-in tents, with sturdy beds and proper bed linen. Hearty cooking, warm showers and cold drinks complete your fly-camping experience. A cook prepares all the meals, and a crew erects each new camp before you arrive in the late afternoon.

1. Kenya: 'Out of Africa' Walking Safaris 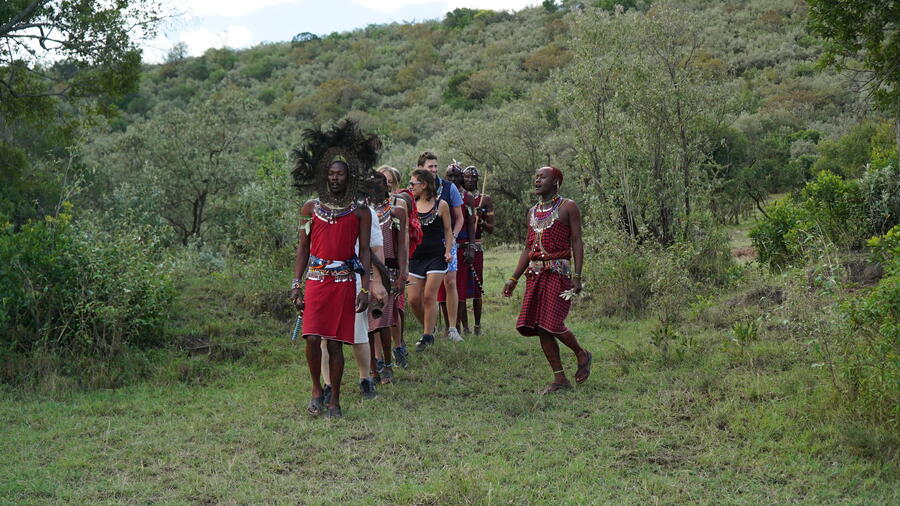 While most of Kenya’s national parks do not permit walking safaris, walking safaris are slowly becoming more accessible in neighbouring wildlife concessions, conservancies, and private ranches. Kenya’s incredible Masai Mara National Reserve is undoubtedly one of the most well-known safari destinations in the world and you can join bush walks with local Maasai warriors, who certainly know the land best. With generations of knowledge, they share their traditional secrets and ancient hunting techniques.

On the banks of the Ewaso Ng’iro River, the Samburu National Reserve is also a great Kenya walking safari destination- not for the faint-hearted but for those who want a genuine adventure. The terrain is rugged, but the reward lies in seeing what few travellers ever see: an East Africa that is still as wild as it was a century ago. The Grevey zebra, Somali ostrich, Reticulated giraffe, gerenuk, and Beisa oryx are just a few of the unique animals found in the Samburu Reserve, and it is home to a thriving elephant population. 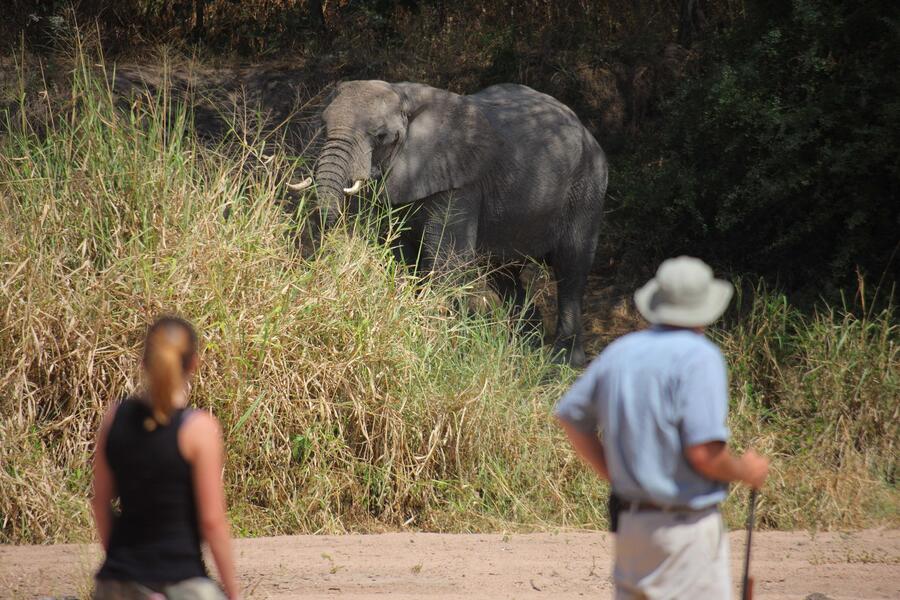 On a walking safari in Tanzania its best to visit part of Tanzania’s southern circuit. Ruaha National Park is East Africa’s largest national park but because of its remote location, it’s a less crowded option, receiving far less visitors than its counterpart the Serengeti. The sceneries of Ruaha National Park are diverse, including grassy plains and hills, acacia and miombo woods, baobab trees, and the magnificent Ruaha River. Allow experts to guide you securely through Ruaha National Park’s difficult landscape, the same way ancestors of the land did, on two feet, and with the exhilaration of not knowing what lurks in the bush.

Tarangire National Park is well worth visiting for a walking safari in Tanzania. The park is named after the Tarangire River, which attracts a lot of animals during the dry season. Tarangire is a famed wildlife destination for its elephants, as well as its massive baobab trees - some over 1000 years old. You can set out on foot, escorted by a professional and experienced field guide, for rare experiences including elephant sightings, standing as near as 15 meters (50 feet) away.

3. Zimbabwe: Walking in the Wild 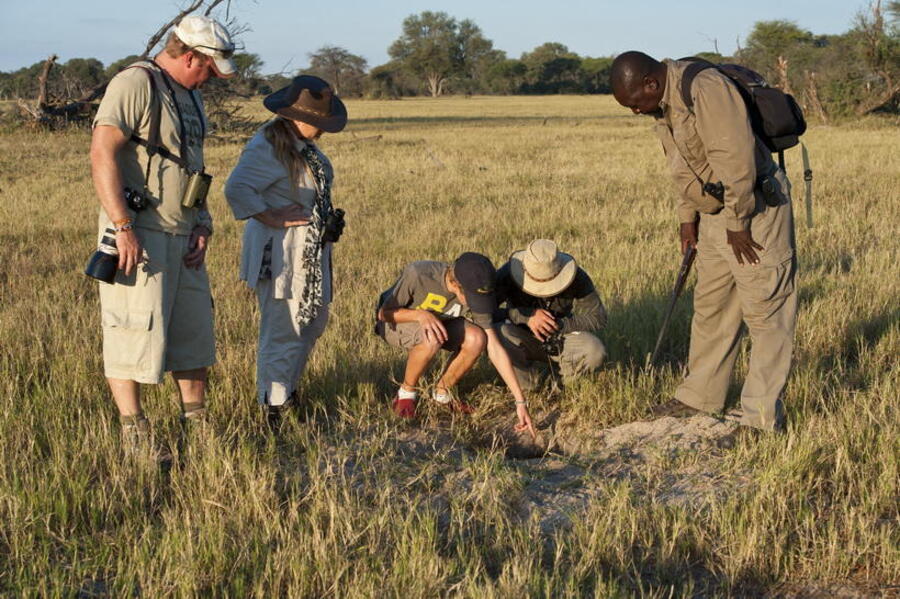 Wedged between Botswana and Mozambique, Zimbabwe is one of the best safari destinations to experience the Big Five and other species on foot. Safari guides, especially those trained to lead walking safaris, are rigorously trained. Guiding is a tradition that has been passed down from generation to generation and Zimbabwe still has large rural communities, with people that are deeply connected to the land and its wild inhabitants.

Private concessions allow walking safaris through Hwange National Park that hosts a plethora of wildlife. With over 100 mammals and 400 bird species, walking safaris are an awe-inspiring and humbling experience as you traverse the same routes where animals graze freely, and you can see their intimate lives from a safe following distance. During the dry season, Hwange National Park hosts an impressive concentration of elephants that congregate en masse.

Northern Zimbabwe's Mana Pools National Park has been designated a UNESCO World Heritage Site due to its prolific wildlife in one of Zimbabwe's most remote safari areas. The park is now famed for superb walking safaris. You can expect to see elephant, eland, buffalo, impala, waterbuck, baboons, monkeys, zebra, warthog and hippo, to name a few.

4. Zambia: The Birthplace of the Walking Safari 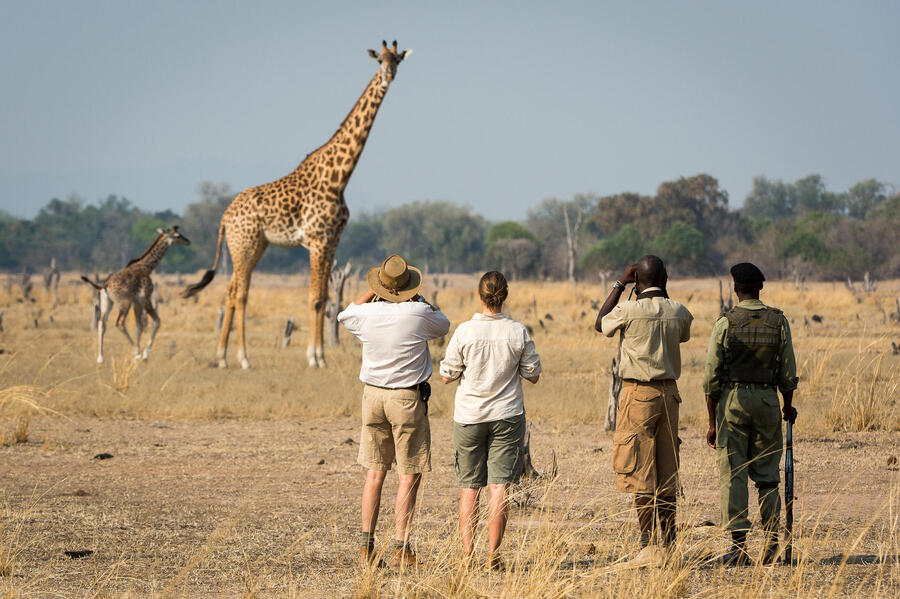 South Luangwa National Park, the birth place of walking safaris, is a fantastic destination to discover on a Zambia walking safari. The park is well known for their extraordinary dry season walking safaris. During this time the park has one of the largest concentrations of wildlife in Africa, that flock to the banks of the Luangwa River- a spectacle to witness.

Complete with comfortable camps along the way, multi-day itineraries offer the opportunity to explore these classic wilderness areas to the fullest: expect jaw-dropping game viewing under the watchful eyes of some of the best guides in Africa. You may be lucky enough to see wildlife unique to the South Luangwa National Park such as the Thornicroft's giraffe, Cookson's wildebeest and Crawshay's zebra. 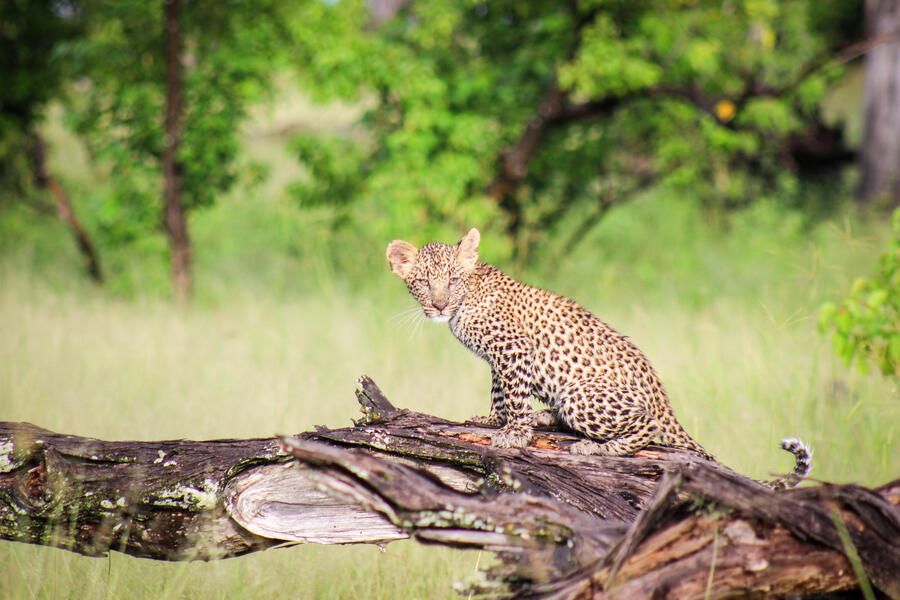 Feel your senses heighten as you walk in the footsteps of Delta wildlife on a walking safari in Botswana. Learn about the nuances of tracking, including how every bent blade of grass and imprint in the dirt has significance, interpreting fauna and flora. As your guide describes the traditional uses of wild herbs, you will have the opportunity to smell and taste them. From the little miracles of the bush to the Big 5 that parade down the riverbanks, there's plenty to see.

If you're looking for something a little different, walking across the Makgadikgadi Pans is as unique as it gets, spanning 16,000km (9,942 square miles), they are the largest salt pans in the world. You may encounter meerkats and traverse the enchanting and desolate salt-flats surrounded by the Zebra migration that crosses through the Makgadikgadi Pans annually. 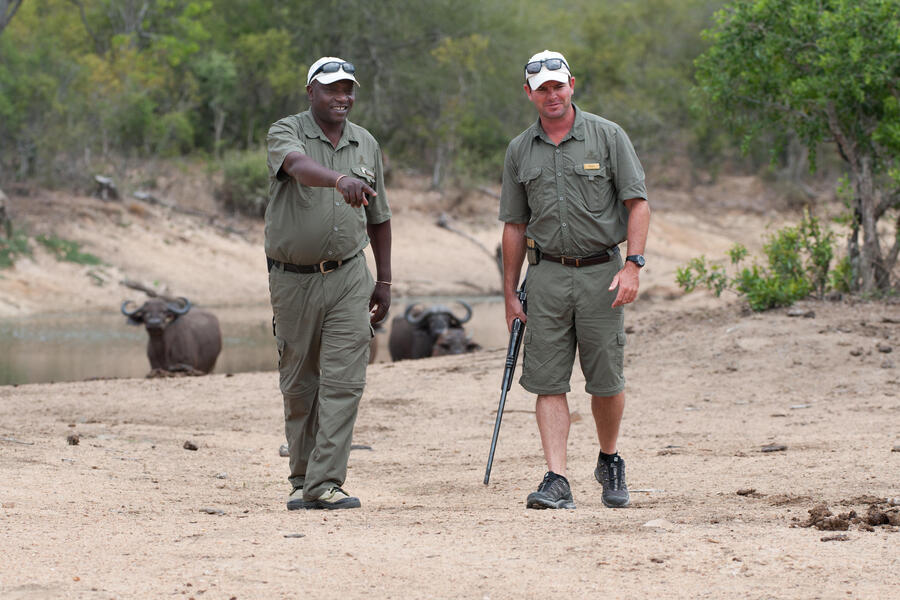 One of the best places to enjoy a walking safari in South Africa is at the Kruger National Park. This famous safari destination offers outstanding dry season bush walk expeditions with multi-day trips.

Walking safaris are also available in some of South Africa’s private reserves, including those at Kruger, Sabi Sands, the Eastern Cape and KwaZulu Natal. They all offer interactive bush walks that showcase a higher level of detail that you wouldn’t normally encounter on a regular game drive.

Best Time to Go:  May - October