If you’re in search of gay African safari tours, you’ve certainly come to the right place! We know Africa inside out, and our award-winning Africa Safari Experts have been curating tailor-made African safaris since 1998 – we’re even featured on Condé Nast Traveler's expert list for LGBTQ+ travel. You will always receive unbiased advice based solely on first-hand experience from us – where safety is top priority, surpassed only by having an incredible time.

We understand that the question still lingers, ‘Is Africa safe for the LGBTQ+ community?’ And while there is still much to be done in terms of legislation and the fight for equal rights, in terms of safety, there is little to fear in most of Africa’s safari destinations. Here are our six most LGBT friendly countries in Africa for making those safari dreams a reality… 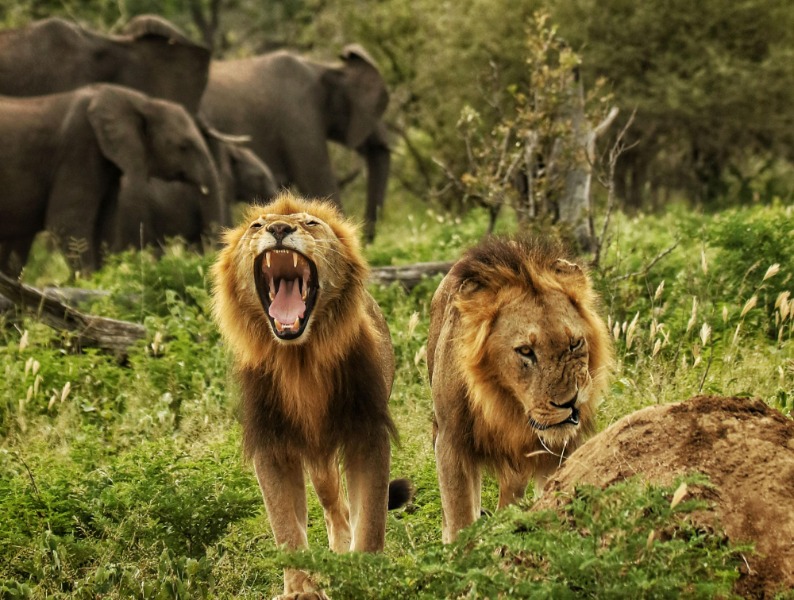 Legislation: All forms of anti-gay discrimination are banned in South Africa, gender identity is protected under anti-discrimination law, and same-sex marriage has been legal since 2006.

South Africa is one of the safest countries for LGBTQ+ travellers. In fact, it’s a shining beacon for the community in comparison to the rest of Africa. Cape Town, in particular, has earned its nickname Africa’s ‘gay capital’, ranking consistently among the world’s top gay cities – Elton John is rumoured to have a few favourite spots in the Mother City!

South Africa is an accepting country, and with so many reasons to visit, some of the best experiences are found at the safari bigwig, the Kruger National Park, and its surrounding private concessions. Mala Mala and Sabi Sand Game Reserve offer slightly more upscale gay african safari tours, with plenty of leopard to see. But a major drawcard is being able to pair the best of both worlds, bronzing on white sand beaches, and then traversing untouched wilderness in Big 5 country – a superb concoction of bush and beach. 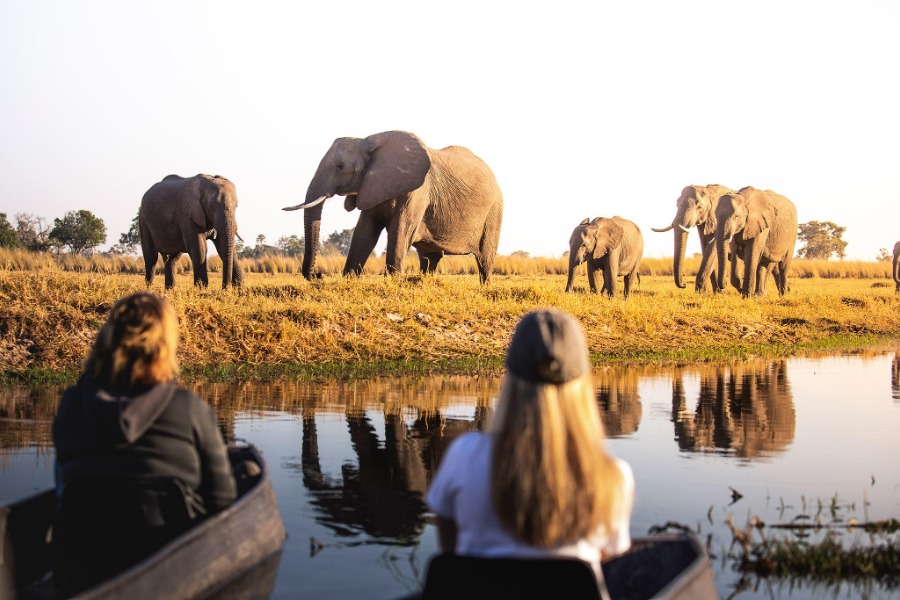 Legislation: In June 2019, Botswana abolished its laws against same-sex relations and despite an appeal by the government in November 2021, the ruling was upheld. The LGBTQ+ community also enjoys some legal protections, and the constitution has protected the right to change legal gender since 2017.

Safari afficionados will tell you that if you ever consider a safari sojourn, go to Botswana – it’s packed with wildlife and sparse with people. Although they have only recently changed their regulations, Botswana is consistently welcoming towards the LGBTQ+ community, and is certainly one of the safest countries for LGBTQ+ travellers. You can’t quite compare Botswana with anywhere else on Earth.

Botswana is a tapestry of landscapes and one of Africa’s premier travel destinations. From the meandering waterways of the Okavango Delta, a UNESCO World Heritage Site and one of the Seven Natural Wonders of the World, to the starkly beautiful Makgadikgadi Pans. Botswana is where Mother Nature inspires with her endless creativity, and you can have profound encounters with massive herds of elephants, and Africa’s ‘painted wolves’, the endangered wild dog – revelling in the most isolated parts of the globe. 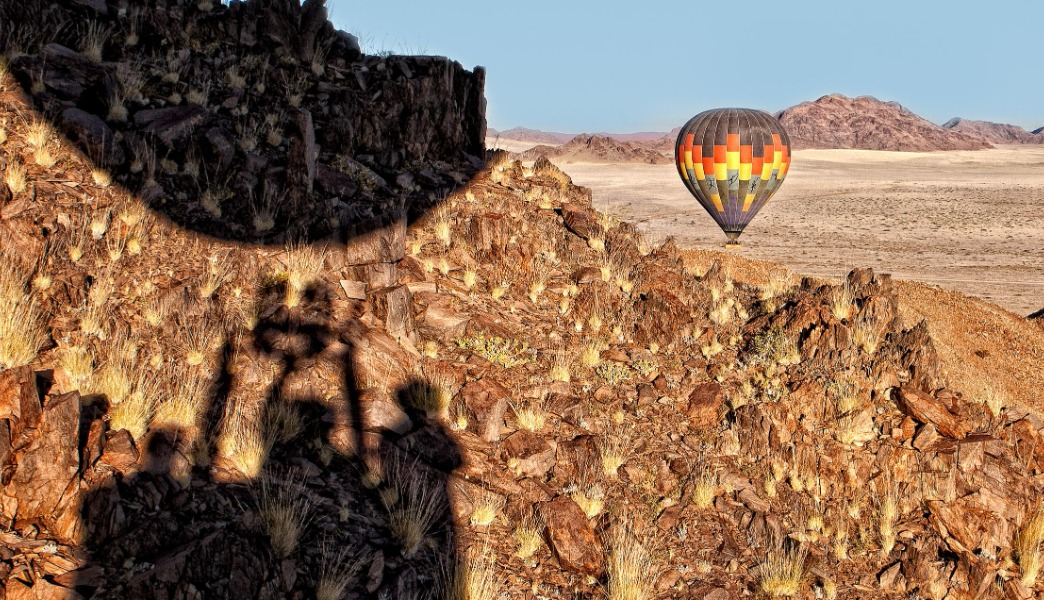 Namibia is one of the best countries for gay African safari tours. The country is dominated by the Namib Desert (whose Nama name means ‘Vast Place’), and it enthrals with its immense landscapes, wildlife, and ancient rock art. It’s also one of the most thinly inhabited countries in the world – there are about two million people in a country almost as large as France and Italy combined.

Some favourite regions within Namibia include the towering sand dunes and desert wildlife of the Namib Desert and Sossusvlei, the coastal German-influenced holiday town of Swakopmund, and the Etosha National Park – where you can enjoy classic game viewing of some of Africa’s greatest predators. For an atmosphere of complete isolation, you could fly-in to the Kaokoveld, with only a handful of lodges it is an exclusive getaway to one of southern Africa’s truly untouched wilderness areas. 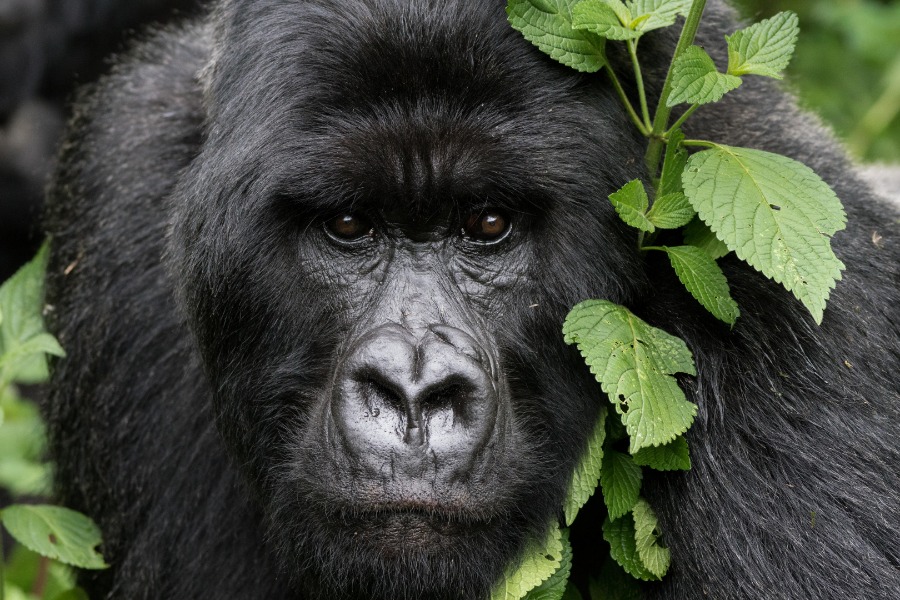 Legislation: No laws have ever existed against same-sex relations in Rwanda, but there are no legal protections or gender identity protections either, and same-sex marriage remains constitutionally banned.

Celebrity and LGBTQ+ community member Ellen DeGeneres has shone the limelight on this African destination, as well as her commitment to conservation work, opening the Ellen DeGeneres Campus of the Dian Fossey Gorilla Fund. It is one of the safest countries for LGBTQ+ travellers looking to go on a life-changing gorilla safari and actively contribute to the preservation of endangered mountain gorillas.

In Rwanda, you can experience something most only dream about, gorilla trekking in mystically misted verdant jungles. Coming face-to-face with the rarest animals on Earth is both a humbling and soul-stirring experience, as well as encounters with the mischievous Sykes monkey and the boisterous chimpanzee. 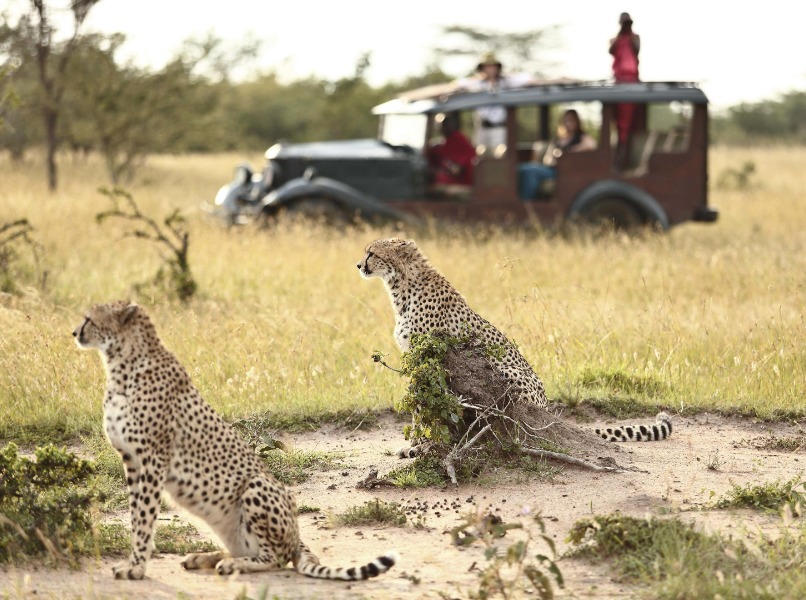 Legislation: Kenya does not recognise same-sex relationships and it has been illegal under the constitution since 2010. There are also no explicit protections against discrimination based on sexual orientation and gender identity. However, despite the conservative attitudes, many LGBTQ+ travellers visit Kenya safely and thoroughly enjoy their trips – being mindful of not displaying affection publicly in cities, towns and tribal villages.

Kenya isn’t considered a gay African safari tours hotspot (quite the contrary, actually), this East African nation has a long way to go in rectifying its current legislation. But if you’re willing to overlook the less-than-desirable laws and public opinions, you can experience the world’s oldest safari destination. Plus, Kenya is one of only two countries where you can witness the Great Wildebeest Migration.

This is where some safari bucket-list items get enthusiastically ticked off, from the snow-covered peaks of Mount Kenya and sun-kissed beaches of the Indian Ocean to a real-life ‘Out of Africa’ safari. It’s a proverbial land of contrasts that has everything from mountains, forests and golden plains to deserts and lakes. You’ll also encounter fascinating cultures in authentic Maasai villages or be able to easily pair up your safari with gorilla trekking. “I always tell my clients that East Africa is more conservative than other safari destinations and it’s best to be aware of that, but this applies to everyone. I would just as easily tell a honeymoon couple to watch their public displays of affection as I would the LGBTQ+ community. Within the lodges and resorts, you can be more relaxed about it. I’ve never had any type of issues from any lodge or camp that any of my clients have visited – not once in my 14 years of planning these kinds of trips. Kenya is a safe destination for the LGBTQ+ community, go adventure!” 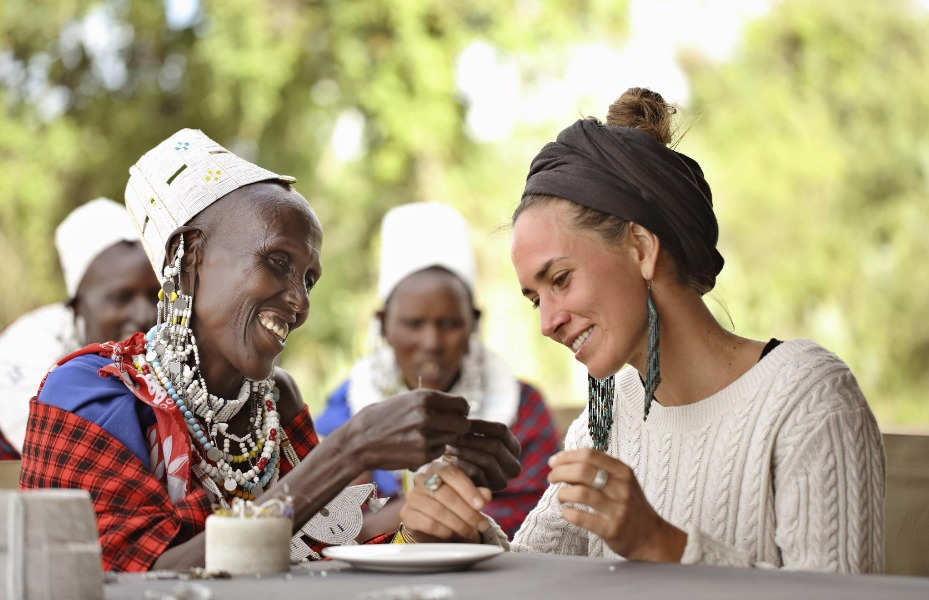 Legislation: Following suit with Kenya, Tanzania does not recognise same-sex relationships and it is illegal. There are also no explicit protections against discrimination based on sexual orientation and gender identity.

While Tanzania’s legislature leaves much to be desired, the locals and tourism sector are more accepting and with the proper discretion, your experience can be a safe and enjoyable one – many of our clients have travelled to Tanzania without a hitch.

Whether you are looking to climb Kilimanjaro (the largest free-standing mountain in the world), float above the Serengeti plains in a hot air balloon, visit the Ngorongoro Crater or dive the coral reefs of Zanzibar, Tanzania is a testament to the power of nature. A Tanzania safari delivers gargantuan experiences, also playing host to the biggest part of the circular journey of the Great Migration.

Chat with someone who's been there. Get in touch with one of our Africa Safari Experts to help tailor-make a safari that's right for you: