Book your safari with peace of mind: 100% refundable deposit, no cancellation or deferral fees See our COVID-19 policy

Ultimate Guide to a Kenya Safari

Whether you pronounce it ‘Ken-ya’ or ‘Keen-ya’, one thing is for sure: Kenya consistently ranks as one of Africa’s greatest safari destinations. An average of 80 000 people a month from across the globe visit this diverse country every month – thousands of safari goers are lucky enough to see the astonishing wildlife areas like the Masai Mara National Reserve and spectacles like the Great Wildebeest Migration. Kenya is a fairly small country in East Africa. Its capital and central transport hub is Nairobi, which is more or less in the centre. Safari travellers fly into the international airport known as a Jomo Kenyatta and use the domestic airport next door – called Wilson – for connecting flights. Using Nairobi as a central point, these are the major areas to the north, south, east and west of the capital.

NORTHERN KENYA The further north you travel, the drier and hillier the landscape becomes as the area doesn’t benefit as much from the rains the south-west of Kenya receives.

That being said, there are still superb safari options here, including Samburu National Park, Lewa Wildlife Conservancy and Laikipia. The more arid conditions suit species like gerenuk, the Somali ostrich and Grevy’s zebra. Lewa is also the best place in Kenya to see rhino regularly and consistently. On clear day you may be lucky enough to see Mounts Kenya and Meru.

Why go to Samburu for African Safari SOUTHERN KENYA Because it shares the longest part of Kenya’s border with Tanzania, this is the best place to see glacier-capped Mount Kilimanjaro, the highest peak in Africa and the tallest free-standing mountain the world. Kili actually lies in Tanzania but Amboseli National Park is so close to the border that it is clearly visible.

This part of Kenya is wetter and the terrain more varied: Amboseli, for example, is a beautiful mix of open savannah, wetlands, woodlands and hills, making it ideal for a wide variety of species, from bat-eared foxes to elephants. Nearby are the Chyulu Hills and Tsavo East and West National Parks.

Way down south on the coast are some of Kenya’s best beaches. Hit Diani and nearby Galu for top beach lodges and water sports like kitesurfing. Head to Funzi Island for snorkelling and diving. WESTERN KENYA The biggest name in western Kenya is of course the Masai Mara National Reserve, home to some of Africa's best year-round game viewing as well as the annual Wildebeest Migration. Present in their hundreds of thousands from about July to November, the massive wildebeest and zebra herds attract constant attention from Africa's top predators and consequently visitor numbers are high in peak season.

The biggest reason that the Masai Mara attracts the Migration is because its open, flat savannah produces superb grazing. There are few thickets, forests or high peaks: the wide landscape is a safari classic with green grass that turns golden as the seasons pass. The plains attract plains game like topi, reticulated and Masai giraffe, and Thomson’s gazelle, and are dotted with occasional flat-topped acacia trees.

Why go to the Masai Mara for an African Safari CENTRAL KENYA The area around Nairobi also has plenty of conservation areas, the most popular being Nairobi National Park. Lakes Nakuru and Naivasha as well as the Aberdare mountains. The land is green and lush during the rainy season while the lakes attract plenty of bird- and wildlife. 2. Costs of a Kenya Safari

It’s really tricky to give costs for a Kenya safari because there are so many variables: the time of year you travel, the luxuriousness of the accommodation you prefer, whether you drive or fly between destinations, and what extra activities you add on like hot-air ballooning, spa treatments, mountain biking or even cultural visits.

As we don’t sell one-size-fits-all packages, we prefer to match your budget to giving you a tailor-made Kenya experience, splurging and saving where it makes sense for your individual needs. A bare-bones budget may involve overlanding through Kenya (travelling with a group on a massive truck) while a once-in-a-lifetime indulgence could mean going private all the way.

For most travellers we create a journey somewhere in-between: perhaps sharing transport but then upgrading to the area’s best lodge. Or choosing a slightly more economical tented camp in order to spend a day or two longer on safari. There are no rules and thus no two Kenya safaris are the same.

That being said, here are some ballpark figures for a safari Kenya, with transfers and accommodation included on a price-per-person-per-night (PPPN) basis:

Don’t be shy to chat to your Africa Safari Expert about your budget and what you hope to get out of your vacation to Kenya so that they can plan an itinerary that suits you perfectly.

Why is an African safari expensive?

Accommodation in Kenya ranges from down-to-earth mobile camps that move with the Wildebeest Migration to very lavish lodges and modern city hotels. Here are some of our tried-and-tested favourites across the country:

From $380 per person sharing

From $340 per person sharing

From $330 per person sharing

From $440 per person sharing

From $410 per person sharing

From $185 per person sharing

From $415 per person sharing

From $845 per person sharing

DIANI AND THE COAST

4. Wildlife, the Wildebeest Migration and the Big 5

Kenya is a safari hotspot because it offers fantastic year-round game viewing. Birders and photographers flock here too, and the Masai Mara is the perfect destination for first-time safari goers and visitors to Africa for numerous reasons: This is Kenya’s biggest wildlife gem: the crossing of about two million wildebeest (and zebra and gazelle) over the Mara River into the Masai Mara National Reserve where they feast on thousands of hectares of fresh grazing. They hang about for about four or five months, slowly mowing the Mara between about July and November when they cross back into the Serengeti in Tanzania (the border exists only for people, not for animals).

It’s crucial to keep the following in mind if you want to see the Migration: How the Wildebeest Migration works

How to book and plan a Migration safari

Although Kenya is technically a Big 5 destination in the sense that lion, leopard, buffalo, elephant and rhino are found here, it’s very difficult to see them all in the same place. Rhino are the rarest and very difficult to find – although some do still live on the Masai Mara, they are very seldom seen.

It’s much easier to find leopards, lions, buffalo and elephant. The Migration brings out predators en masse and although they aren’t part of the Big 5, cheetah are ideally adapted to the Mara’s wide, flat, open plains that allow then to reach top speed with few obstacles.

If you want to see rhino, then head to Lewa. It has a successful and highly sophisticated conservation project that has seen these gentle giants thrive. Lewa rhino has some of the longest horns you’ll ever see and the hilly landscape is different enough to the Masai Mara to make the trip north worth your while. 5. Best Time to Go on a Kenya Safari

Getting your timing right depends, like how much to spend, on many things. Some travellers are locked by their personal schedules into a very specific time-frame, others want to go when they can get the best rates while others want to go at peak season. 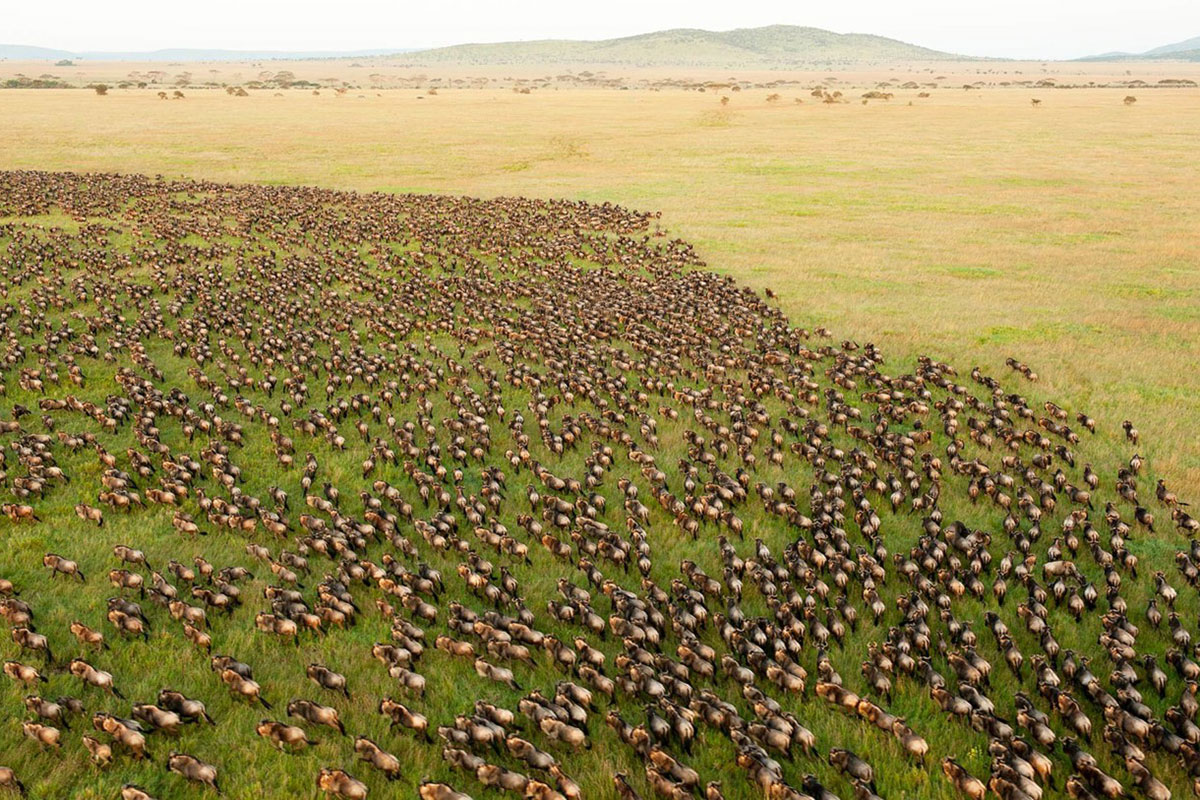 Kenya is an exciting destination for travellers with many options depending on your travel style.

Solos travellers, families and honeymooners should tailor their safari to their interests – if you love camping at home, for example, then consider time in a down-to-earth mobile camp that moves with the Migration. If you enjoy the high life, superb food and lavish spa treatments, then Kenya offers honeymooners and couples lots of spectacular options.

As always, chatting to your Africa Safari Expert will uncover the best possible accommodation and itinerary for your personal situation. Kenya is a very safe country to visit. It’s tourism industry is one of the most important in the country and thousands of travellers go on safari safely every month. As with all overseas travel, it’s important to keep some pointers in mind: Nairobi is a transport hub for the region and it’s quite easy to get to other high-profile destinations in Africa.

Of course, if you have the funds and time, then you can combine Kenya with any African destination like the Seychelles, Namibia or even Botswana. Kenya vs Tanzania: how to choose for a safari

Here is some inspiration to kick off your holiday planning!

BEST FOR COUPLES AND HONEYMOONERS