Our Best Things to Do in Kenya's Great Rift Valley

The Great Rift Valley stretches across East Africa like a gigantic wound, extending from Tanzania through Kenya and into Ethiopia, from south to north. Most of the Great Rift Valley falls in Kenya’s Rift Valley Province and is said to be the most beautiful section. The Great Rift Valley, in its entirety across the African continent, is more than 6,430 kilometres (3,987 miles) long and, in places, up to 1,520 metres (4,986 feet) deep – all caused by the movement of tectonic plates and volcanic activity.

When viewed from outer space, it is contested as the single most identifiable geographic landmark on the face of the planet. It’s estimated to be approximately 40 million years old and is responsible for producing Mount Kilimanjaro and Mount Kenya, two of Africa’s revered summits – where travellers flock to test their physical mettle.

The African continent is breaking apart and scientists have confirmed that it will take about ten million years for this to happen, spreading apart at a rate of 6mm to 7mm (around 0.2 inches) a year currently:

Kenya’s Great Rift Valley offers some of the most breath-taking natural scenery in a diverse mix of dramatic escarpments, mountain highlands, indigenous forest, gorges, beautiful lakes and savannahs. These valleys, cliffs and lakes have played a key role in bringing together different species in a variety of environments, which spurred on archaeologists’ discoveries of many ancient fossils, gaining fascinating insights into the progression of human evolution.

These are some of the best things to do when visiting the Great Rift Valley in Kenya: Lake Nakuru National Park surrounds Lake Nakuru, a famous soda lake that is found on the floor of Kenya’s Rift Valley. Lake Nakuru is a UNESCO World Heritage Site and is a great destination to search for two of the Big Five that you might struggle to see elsewhere – rhino and leopard.

Lake Nakuru National Park was the first destination in Kenya to establish a rhino sanctuary and is currently home to the largest number of black rhinos in the country – you can spot them grazing in the early morning on the sweet vegetation on the lake’s edge. Another rare and endangered species is the Rothchild’s giraffe that was introduced into the park in the 1970s.

The birdlife is another major drawcard for visits to Lake Nakuru, with over 400 species that populate its skies including pelicans, cormorants and flamingos. Flamingo populations have dwindled significantly since 2014, because of flooding encroaching on their feeding and breeding grounds. 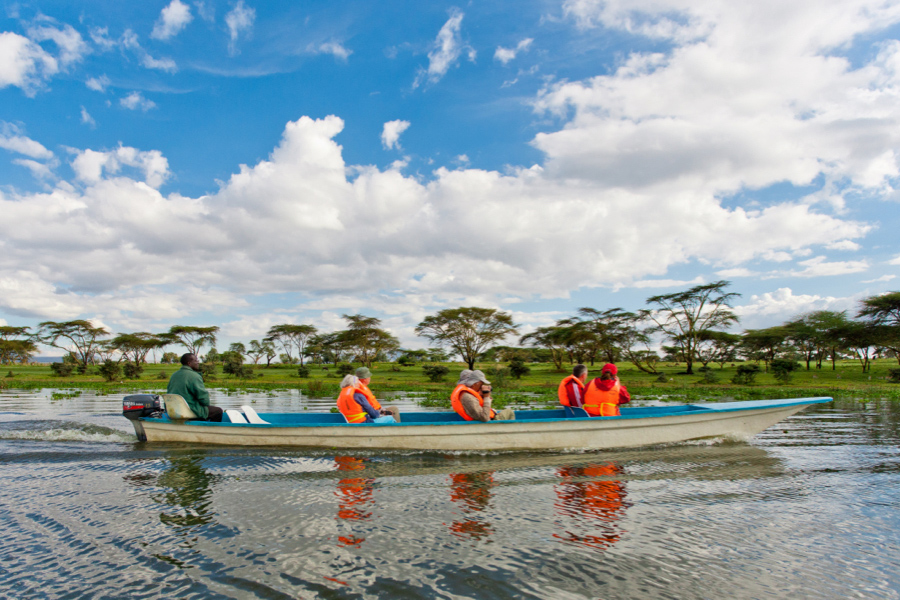 The highest lake in Kenya’s Rift Valley, you can gently glide through the sparkling waters of Lake Naivasha on a boating safari that promises to reveal some of the region’s most specular species of birds. Lake Naivasha is sprawled on the floor of the Rift Valley and is a shallow freshwater lake that is surrounded by lush acacia woodland and open grassland.

There is an abundance of vegetation that frames the edge of the lake, making it a pristine habitat for winged beauties, hippo pods, and other game. Spot gangly cormorants sunning their wings on shore, search for pink-backed pelicans and predatory herons, and keep a look out for vibrant kingfishers. We’d recommend staying at Loldia House when visiting Lake Naivasha. It’s an original Kenyan homestead on the shores of the lake with stunning views of the dormant Mount Longonot volcano and sprawling landscape of the Rift Valley in Kenya. 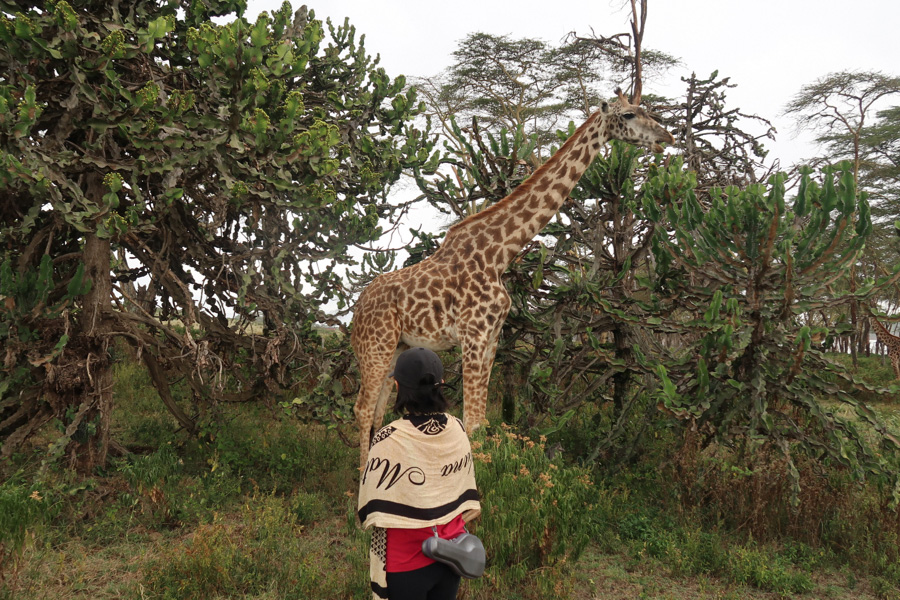 Crescent Island is a private island and wildlife sanctuary that is located on Lake Naivasha, and it rose to fame after its distinctive natural beauty was featured in the 1985 movie, ‘Out of Africa’. Walking around the island takes only a few hours and healthy populations of hippo can easily be seen wading in the lake – a less strenuous walking safari option.

There are no major predators on the island, which means that other species flourish in large concentrations, from giraffe, eland, wildebeest and zebra to impalas and naturally, a superfluity of birdlife. Setting out on foot, tracking game, identifying spoor and vegetation, is one of the best ways to engage with the African wilds, gaining a deeper insight into its fascinating intricacies, and a vastly different perspective than being on a safari vehicle. 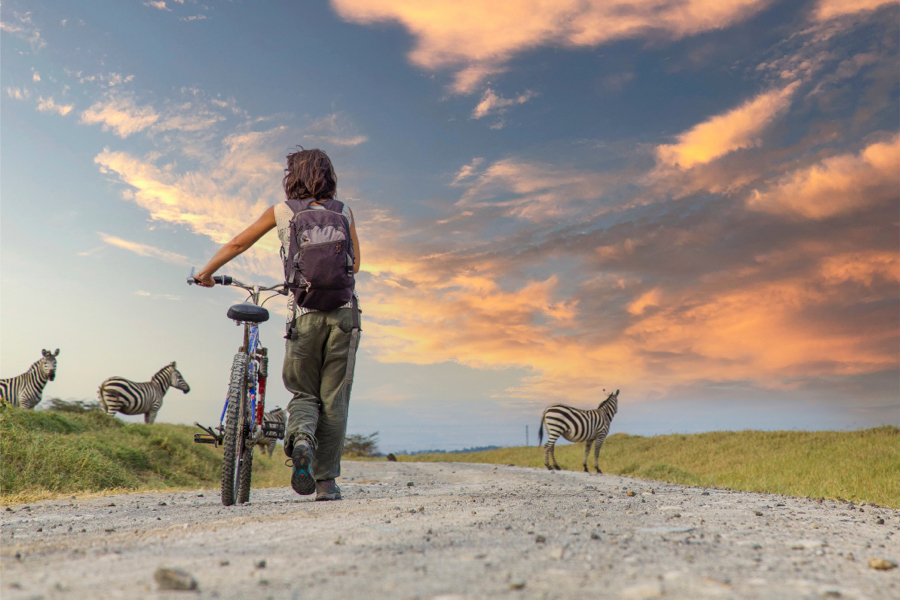 Hell's Gate National Park consists of soaring cliffs, bursting gorges, dusty valleys and pristinely sculpted volcanic columns (interestingly, it was the inspiration for the movie, ‘The Lion King’). It has, without a doubt, some of the most peculiar and striking landscapes and is the only national park in Kenya that you explore on foot or on two wheels.

Unlike its safari counterparts, Hell’s Gate National Park doesn’t have any predators and its appeal comes from the beautiful scenery that was formed by millions of years of geothermal activity - in fact, that’s how the park earned its name ‘Hell’s Gate’. Despite its intimidating name, you can enjoy some popular activities in one of the smallest national parks in the country, from cycling and hiking through canyons, to rock climbing and even camping. Although other safari destinations in Kenya may be bigger and wilder, Hell’s Gate National Park is a natural playground where you can organise a guide for all the activities and save a little bit on cheaper entrance fees. 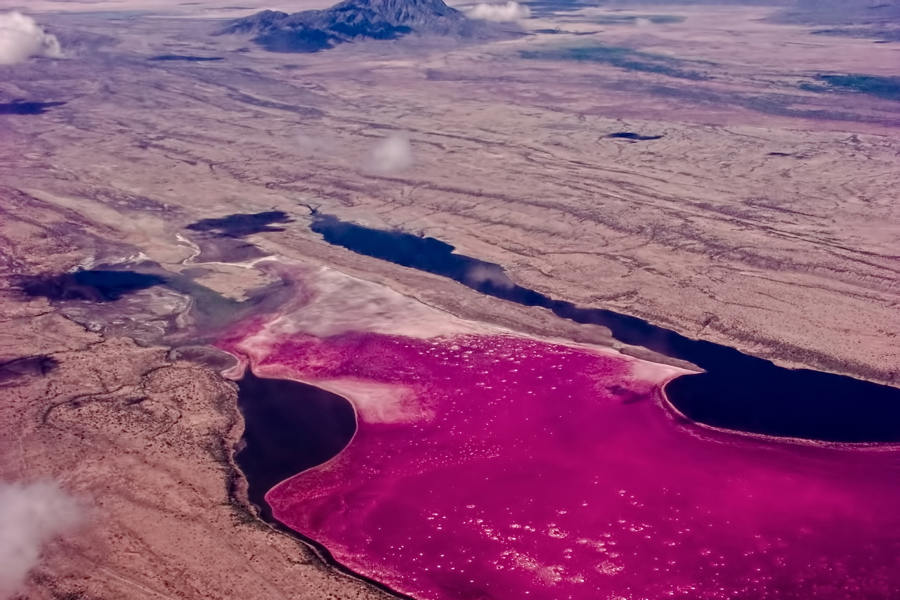 High concentrations of salt give Lake Magadi, in Kenya’s Rift Valley, its sometimes vividly pink colour. A trip to Lake Magadi is like travelling to another world, the heat and seclusion only adds to the surreal feel of this place, and it is one of the most visually striking Rift Valley lakes. This is a harsh but beautiful habitat teeming with flamingos. Thousands of them flock to the lake each year to build their nests on high mud mounds along the water's edge, protected from predators. You’ll also be lucky enough to spot some of the wildlife that frequent the lake including giraffe, antelope, zebra and even hyena.

The hot springs at Lake Magadi are entirely natural. You can swim in them or simply sit and soak in the hot mineral water, making your skin feel soft and smooth until it dries, and you turn a shade of chalky white (the water has proven to have medicinal effects especially on any skin ailments). Just be sure to pack plenty of water and keep yourself hydrated! 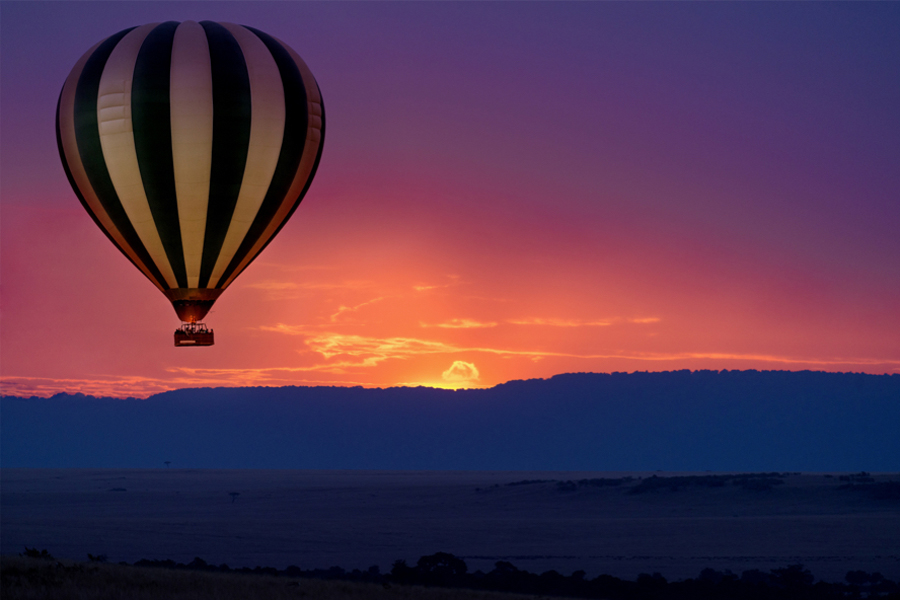 Between Lake Naivasha and Lake Nakuru lies another one of Kenya’s great alkaline lakes, Lake Elementaita, formed about 12 million years ago. It is a much less visited wilderness destination than other popular areas but no less stunning, and it is an important breeding site for many threatened bird species. It is protected by the Soysambu Conservancy and is also a sanctuary for the nationally threatened colobus monkey.

Volcanic hills, acacia woodlands, grassy plains and groves of Warburgia fever trees make up this magical environment, where the nomadic Maasai use the area as a grazing and natural salt lick for their cattle. You can see this natural wonder from the sky, in a hot air balloon, taking off in the crisp air before sunrise, with the sound of the ruffling wings of flamingos as they take off en-masse. The ride will take you 4,000 metres (13, 123 feet) above sea level and you will return to a bush breakfast, having marvelled at one of the most untouched wilderness areas on Earth.

Ready to Visit the Great Rift Valley in Kenya?

Chat with someone who's been there. Get in touch with one of our Africa Safari Experts to help tailor-make a safari that's right for you: