When is the Best Time to Visit the Kalahari?

When choosing the best time to visit the Kalahari in southern Africa it all depends on what you want to experience. Wildlife can be found throughout the year, but the dry winter months of July and August are the perfect time to see large game, as the animals frequent the few remaining waterholes in this desert region. The September and October months are mostly dry, but extremely hot during the day.

The December rainfall transforms the Kalahari into a green oasis until April. This is a great time to witness antelope giving birth to their young, elephant herds, buffalo and migrating zebra. If you don’t mind a bit of rain on your Kalahari safari, the early summer months – also known as the Green Season – between December and early January are often considered the best time to visit.

Month by Month Guide for Traveling to the Kalahari:

Visiting the Kalahari in January & February 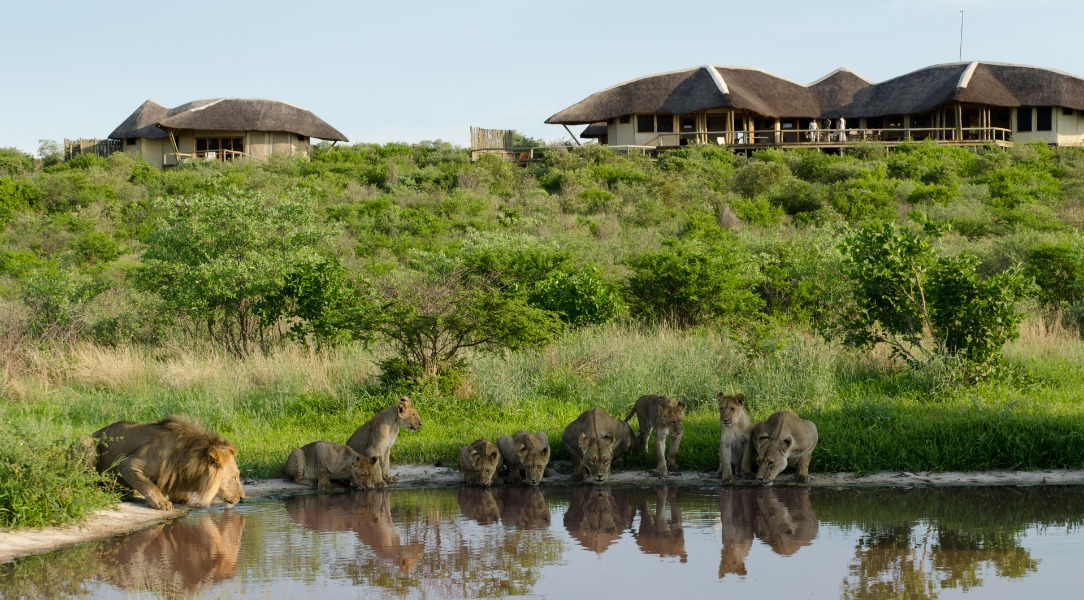 Kalahari summers consist of incredibly hot days and mild nights. January is the peak of the rainy season which lasts until May when the dry season begins. January is the wettest month of the year in the Kalahari and is the best time to visit the Central Kalahari Game Reserve.

The rainy season continues in February. This is the second wettest month of the year in the area and this climate mostly consists of long showers combined with hot humid weather. This is the best time to go to the Kalahari for a safari particularly for springbok, oryx and wildebeest sightings.

Visiting the Kalahari from March to May

March is officially the start of autumn in the Kalahari, which is welcomed by the locals after the very warm summer months. Things begin to cool down in the area and temperatures are more bearable for those visiting on a Kalahari safari. Occasionally, late rainfall occurs during the months of March, April and May.

The Kalahari’s dry and cold winters last from April to October. Wildlife is found throughout the year in this semi-desert area, but the Kgalagadi Transfrontier National Park and the Central Kalahari Game Reserve are where to go in the Kalahari. These two renowned game parks offer some of the best wildlife viewing experiences.

May is a great month for a Kalahari safari. With the dry conditions there is less vegetation around, making it much easier to spot elusive wild animals. Leopards, black maned lions and cheetahs are just a few of the big cats that reside in the Kalahari.

Traveling to the Kalahari in June, July & August 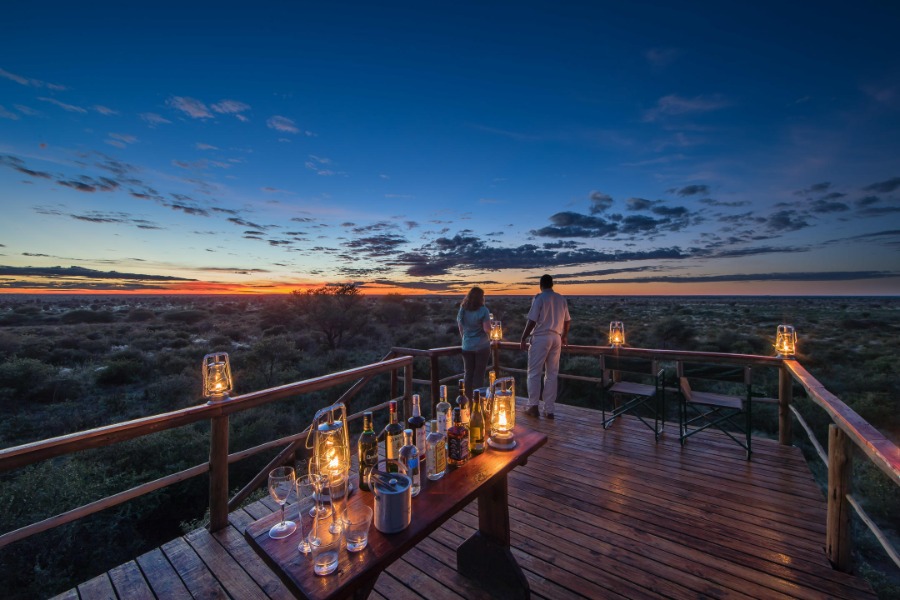 A winter’s day in the Kalahari is not the cold you would imagine. The early mornings can be crisp on a game drive before the temperatures rise from mid-day. The temperatures will fluctuate dramatically during the month of June, cold in the evenings and warm in the daytime.

July is high season in the Kalahari, especially in the Central Kalahari Game Reserve. This is the largest reserve in the whole of southern Africa and covers an area of 5,200 square kilometers (2,007 square miles). The reserve is home to a wide variety of wildlife including springbok, wildebeest and kudu, while the predators are some safari favorites including lion and cheetah. This game reserve is extremely popular during this time.

August is bone-dry with very cold nights in the Kalahari, as this is the peak of the dry season. Game viewing is still very popular and spectacular cheetah hunts are a regular occurrence during this period. The grass is very short in the dry pan areas which makes for splendid wildlife viewing on a safari in the Kalahari. Sightings of smaller wildlife such as honey badgers and blacked-backed jackals are also common in August.

Traveling to the Kalahari in September & October 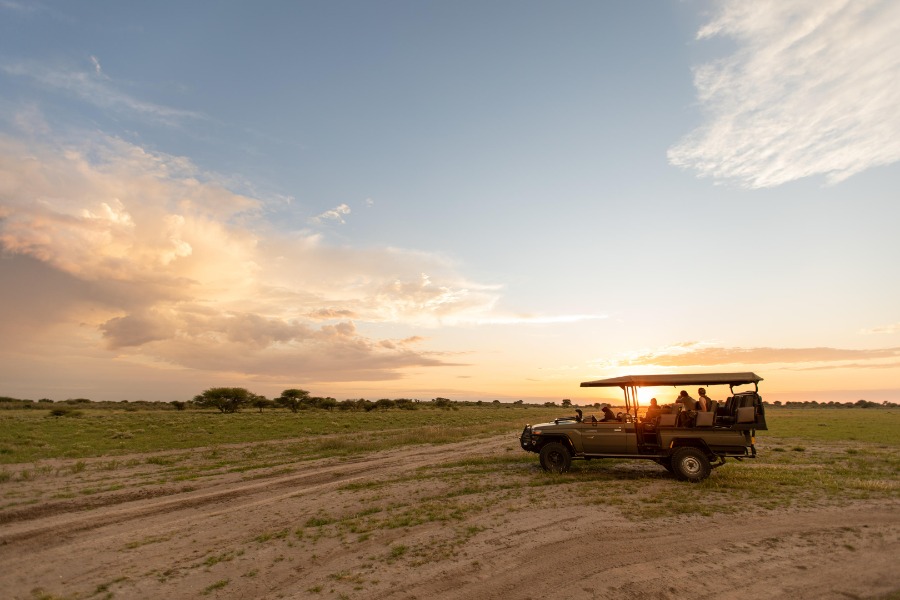 September is still a very dry and dusty month but is extremely hot during the day. The temperatures start to climb rapidly throughout the month and no longer drop below freezing at night, preparing for the warm, wet summer months ahead. This is a great time to go on a Kalahari Safari.

October is an extremely hot month in the Kalahari. During this spring period, just before the summer, plants start to come into bloom and the dry conditions slowly start to fade before the wet summer months ahead. The Kalahari is a year-round game viewing destination but during the dry season months which includes October, there is always more wildlife to been seen on a Kalahari Safari.

Visiting the Kalahari in November & December 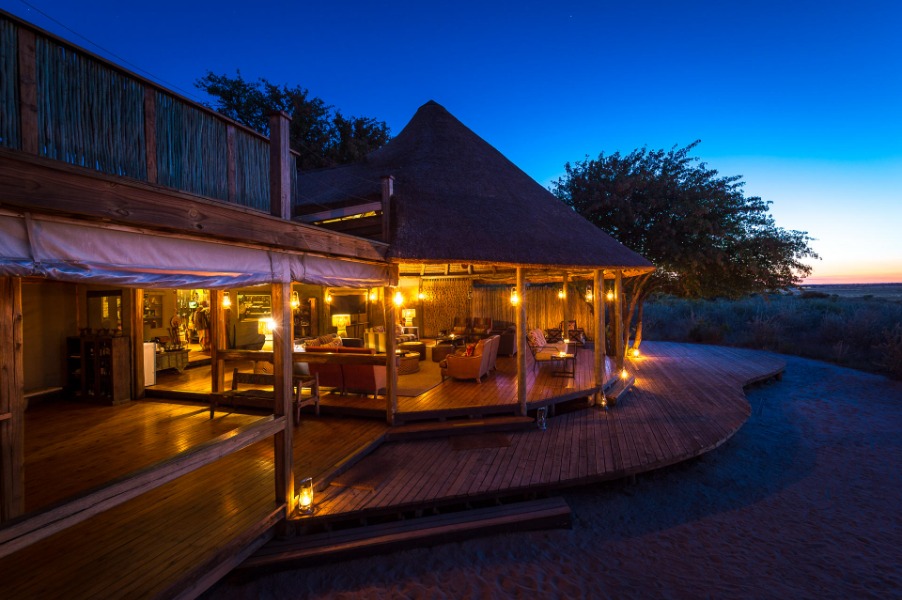 November is the start of the wet summer in the Kalahari. The daily temperatures are high, and this extreme weather is often cooled by thunderstorms later in the afternoon. This weather brings the herds out to their local watering holes to cope with the heat and lion prides can often be seen waiting to pounce on unsuspecting prey.

December is the hottest month of the year, but despite the heat this is the best time to visit the Kalahari for a safari. Wildlife migrate through the parks and during these months animals mostly congregate around the watering holes, making them easy to spot on game drives. December is right in the middle of the rainy season when the dry landscape turns into vibrant green hues. If you can handle a bit of rain on your safari, then the early summer months of the Green Season are often considered the perfect time to visit the Kalahari.

Ready to Start Planning your Trip to the Kalahari?

Chat with someone who's been there. Get in touch with one of our Africa Safari Experts to help tailor-make a trip to the Kalahari that's right for you.

From $815 per person sharing