‘Green Season’ is a safari industry term for a specific period in Africa that falls within the warm rainy months. It is traditionally considered the low season for safari travel and an unfavourable time for game viewing, as animals are harder to spot in the abundance of new leaves and tall grasses. Wildlife also spreads out from waterholes and rivers, making the most of the abundant surface water and taking advantage of the fresh grazing that turns the dry savannah into lush rolling grasslands. This new grazing is what triggers the migrations of large herds of wildebeest and zebra in both East and Southern Africa.

It is not conventionally considered a comfortable time to go on safari either – the summer heat is made sticky with the humidity raised by afternoon thundershowers, and insects are at their most prolific in these perfect breeding conditions.

A Green Season safari holds many secret treasures and this low season is considered by most safari aficionados the best time to visit Africa. As always, this depends on what you want to see and experience on your trip. So, to help you decide whether a Green Season safari is right for you, we’ve put together this handy guide on everything you need to know about Africa’s Green Season: 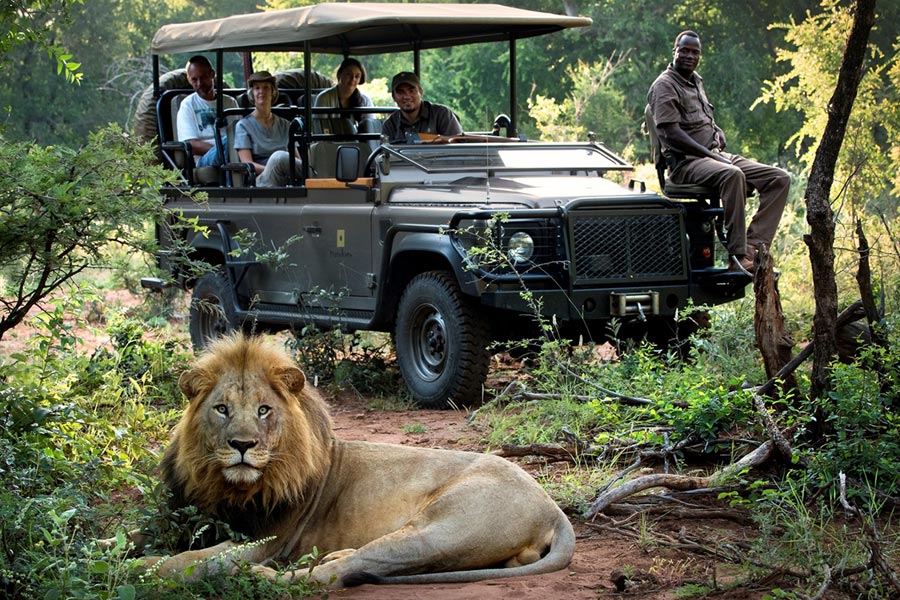 When is Green Season?

When is Green Season?

Africa is an enormous continent – you can take the surface area of the USA, Germany, India and China out of it and still have plenty of land to spare. To make sense of such vastness, we divide it into four destination groups: Southern Africa, East Africa, Central Africa, and the Indian Ocean Islands.

*South Africa’s seasons are slightly different from the rest of the Southern African region. While the rainy season in the country’s Kruger National Park is from November to April, Cape Town enjoys a bone-dry summer. Cape Town, on the other hand, has a rainy winter season, which falls between June and August.

The long rains, as the name suggests, are far heavier. Some lodges and camps may close over this period to attend to general maintenance and refurbs, and to give their staff a long and well-deserved break. Dirt roads turn to sticky mud, rivers flood their banks, and the almost persistent drizzle never really allows for a sunny gap for game viewing.

The short rains are usually expected in November and December. They break the dry mid-year winter, which is considered high or peak safari season. Clouds build up during the mornings – which can be very sunny and humid – and break in spectacular, but generally short-lived, showers in the late afternoons.

If you’re planning a gorilla trekking adventure in the rainforests of Rwanda or Uganda, it’s best to go during the dry seasons: January to February and June to September.

The same rule of thumb applies here if you’re planning a gorilla trekking adventure: it’s best to go during Congo’s dry seasons: January to February and May to September.

We don’t recommend visiting Mauritius during the wet cyclone season from January to March, nor Zanzibar during its two rainy seasons from mid-March to late May and again in November. Although the wettest months in the Seychelles are January and February, it generally rains in short tropical showers after which the sun comes out again.

Four of our favourite natural events kick off after the first rains of the Green Season:

For photographers, the Green Season boasts the best light of the year – seared skies are replaced with luscious golden light and moody grey palettes of towering clouds. The rain-washed air is crisp and clear, making colours pop, and the cloud-stacked sunsets are sublime. There is plenty of wildlife action to capture, from the babies taking their first steps to the dramatic life-and-death scenes of predator and prey interactions.

Best of all, it's the time of year when you might actually have the wilderness all to yourself. Because it's safari’s low season, there are few visitors – even in prime destinations. In countries like Kenya and Tanzania, you can have the best game viewing of the year completely crowd-free. Fewer guests mean a more intimate and personalised experience every step of the way, essentially paying less and gaining great value! 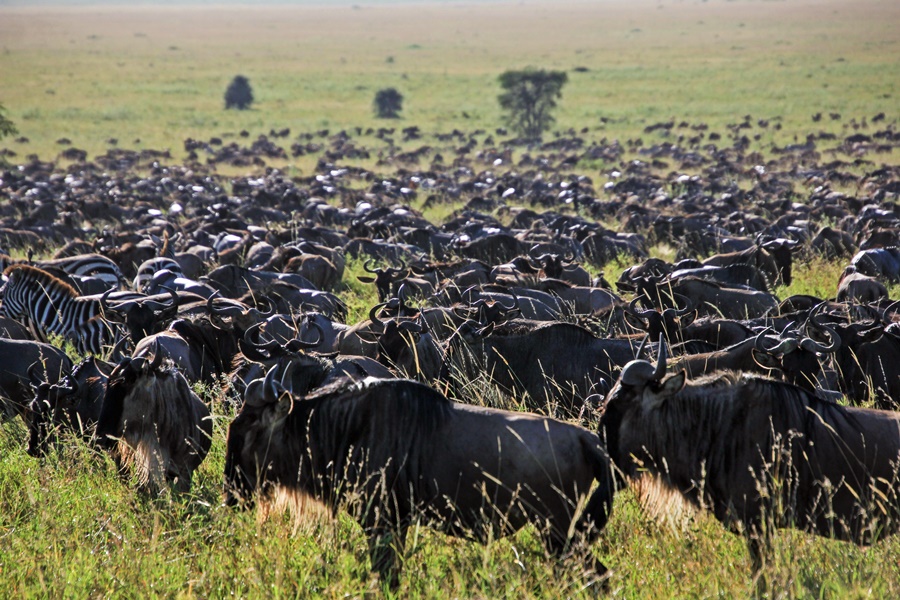 Unfortunately, some of Africa's top lodges are inaccessible during the rainy Green Season because of river crossings and airstrips becoming waterlogged. Other lodges choose this quiet time to close for their annual maintenance.

Africa is a wild place where insects are a natural and integral part of the ecosystem. After the rains, insects traditionally breed in the damp, warm conditions. This means there are simply more bugs around, including mosquitos. We always recommend taking precautions against insect bites and consulting your local travel clinic about malaria prophylaxis at any time of the year. The Green Season is no different.

A seemingly obvious disadvantage is the Green Season's rainy aspect. But, while it ups the humidity and interrupts most afternoons, the rain in Africa is rarely unpleasant. The first fact to know is that inland from the coast – where the legendary game-viewing destinations are found – rain tends to fall in regular afternoon thunderstorms. They build up dramatically and depart swiftly, leaving behind cool, crisp air, damping down the dust and making your afternoon siesta more pleasant. The most popular time to be on safari is during the dry months, which start with winter’s chilly mornings and evenings before progressing into the baking heat and dust of the late dry season. During the Green Season, temperatures tend to be more moderate and softened by the humidity, which can make conditions sticky but generally pleasant.

Travel Article
Where to Go

Where to Go on a Green Season Safari

If you’re a fairly intrepid traveller or wanting to return to Africa, the Green Season's advantages are worth considering, specifically in the hidden gem destinations. It's in these special places where unique wildlife spectacles occur, offering you an incredible safari experience in the quieter months. 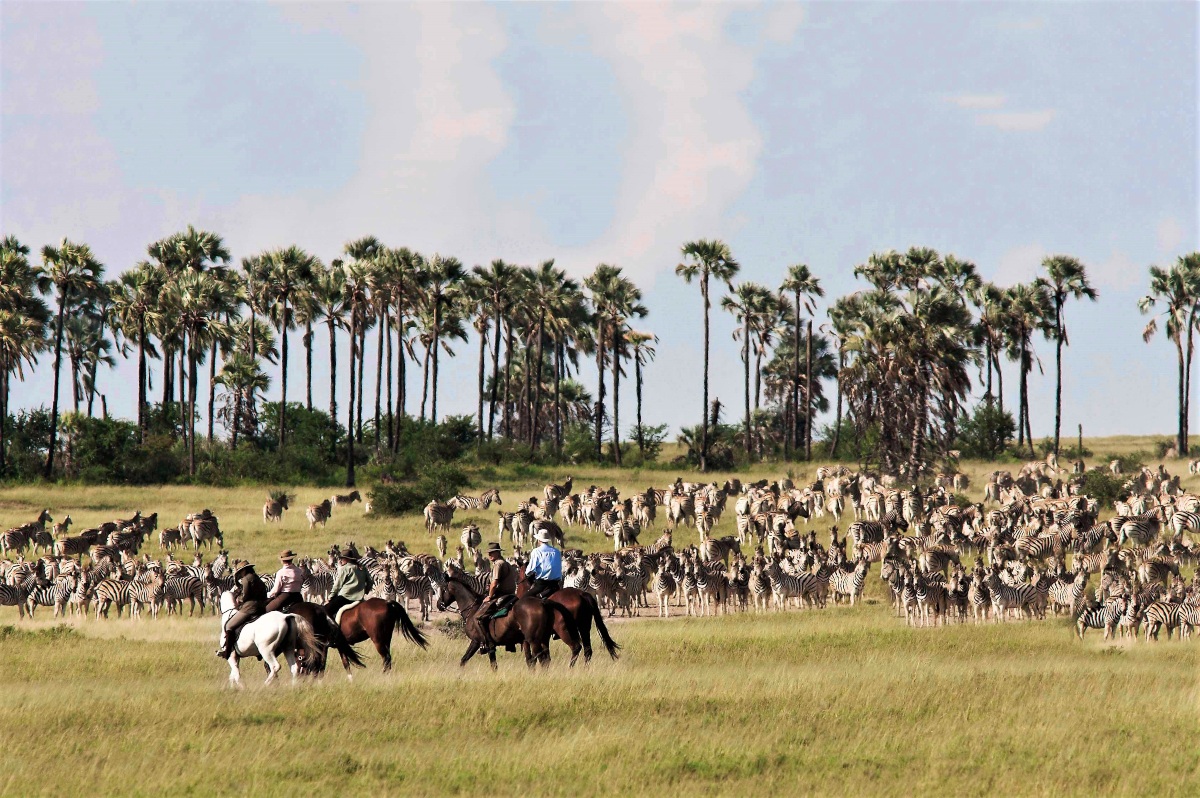 Botswana is undoubtedly the belle of the Green Season ball in Southern Africa. The rains in November and December trigger a migration of thousands of zebras from the floodplains around the Chobe River to the Nxai Pan area where they’ll remain until about February. The landscape transforms from desolate dust flats into lush grasslands with plentiful surface water trapped in shallow temporary lakes and seasonal streams. These are ideal conditions for foals, fawns and calves, which are born en masse.

The group birthing is a survival instinct – one baby is an easy and obvious target for a predator but many babies around the same age and strength increase the odds of survival for the majority. This abundance of tender young creatures attracts the major predators to the grazing herds. Lion, wild dog, cheetah and hyena all take advantage of the good hunting, which makes it an excellent time for birthing their cubs and pups, too. 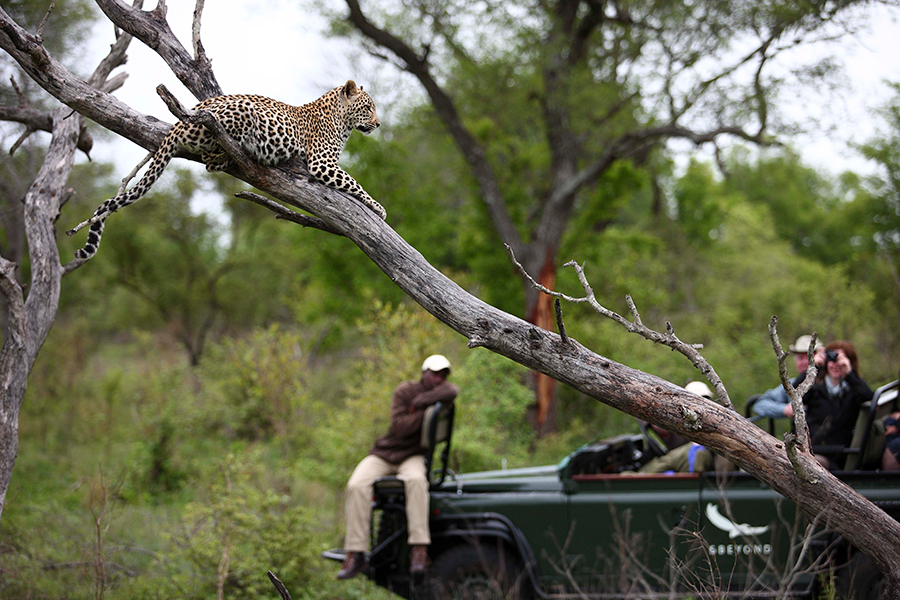 Although many will agree the best time for game viewing in the Kruger National Park is during the dry season (June to October), a Green Season safari in South Africa’s flagship conservation area can be just as rewarding, yet more economical. Animals will be more challenging to track and spot because of the dense vegetation yielded by the rains, but eventually discovering that pride of lions feasting on a kudu will make the reward so much greater. Plus, you’ll most likely be the only vehicle at the sighting!

Another great perk of a Green Season safari in the Kruger is that you can combine it with a prime-time visit to one of the world’s favourite cities, Cape Town. The Mother City enjoys a temperate climate with warm, dry conditions from October to April. During peak summer (December to February) you can expect buzzing beaches, a vibrant nightlife and gloriously sunny festive cheer. Dine at world-class eateries, go wine tasting in the gorgeous Cape Winelands and visit the city’s most famous landmark, Table Mountain. 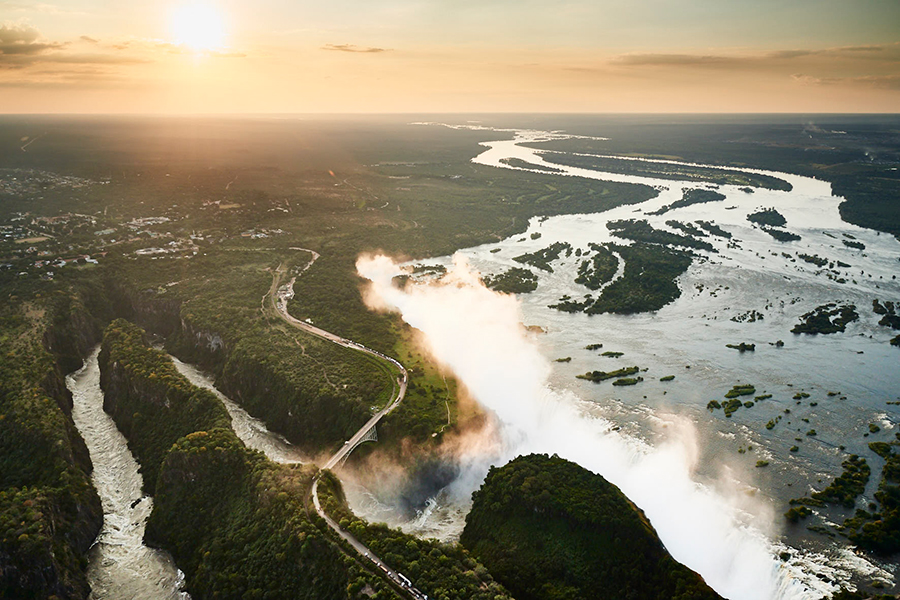 A Green Season safari in Zimbabwe offers you the chance to combine crowd-free game viewing in Hwange National Park with a visit to our planet’s biggest waterfall, Victoria Falls. The waterfall is in full flood and at its most thunderous between about March and July, so you can enjoy dramatic views at the end of Green Season (March and April).

Hwange is the country's most famous big game reserve and home to an abundant population of wildlife. It is a sanctuary for the world’s densest concentrations of elephant after Botswana's Chobe National Park and is an excellent destination to see Africa's big predators. 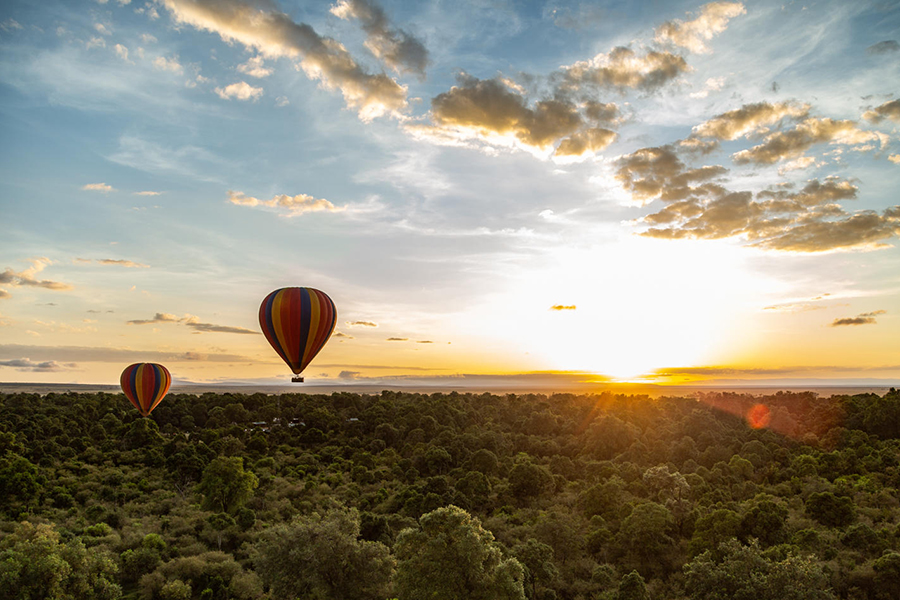 In East Africa, one of the greatest advantages of the Green Season is that you won't experience traffic jams of safari vehicles around animal sightings. You can also experience a period in the Wildebeest Migration that is dramatic, endearing and awe-inspiring!

The short rains in November trigger the Wildebeest Migration, drawing the herds from the Masai Mara into the northern Serengeti to feast on the fresh grasses and birth their calves. From December, the plains fill up from horizon to horizon with wildebeest and their calves, zebra and their foals, and all the predators attracted to the easy prey.

This incredible spectacle awaits you in crowd-free game viewing conditions at low season rates – a winning combination. Besides witnessing one of the most beautiful and haunting periods of the Migration, you can also enjoy legendary game viewing in classic landscapes that offer another advantage specific to a Green Season safari: phenomenal photography conditions.

Get in touch with one of our Africa Safari Experts to help tailor-make a Green Season safari to suit your travel wishes: