Three of Botswana's premier game-viewing destinations make up this hassle-free, fly-in safari. You start off in the Okavango Delta and the teeming Moremi Game Reserve before flying in to one of Africa's 'Predator Capitals' - the legendary Savute region of Chobe National Park.

You will spend a few days in the permanent wetlands of the Okavango Delta where you will enjoy activities such as canoe trips, bird watching, guided nature walks and fishing. The following days will be spent on game drives in a particularly rewarding region of the Moremi Game Reserve on the fringes of the Okavango Delta.

You will end your safari sojourn in a very different area of Botswana: Savute, an area that is famous for the savage interaction between lions and spotted hyenas as well as its resident population of placid elephant bulls. 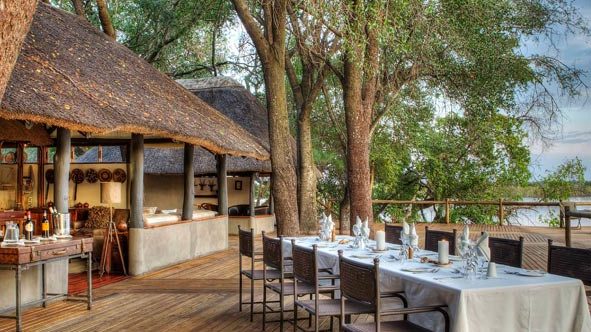 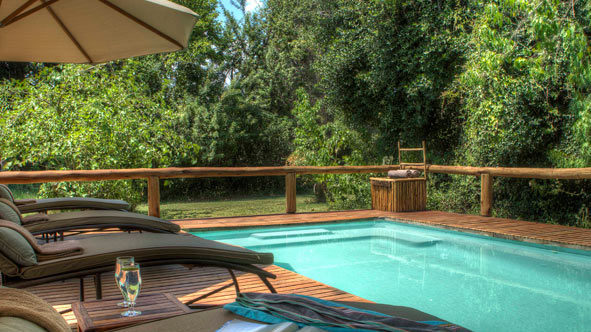 You will be met on arrival at Botswana's Maun Airport where you will board a light aircraft charter and fly to Xugana Island Lodge, a luxury safari camp situated in a private concession in the Okavango Delta.

The lodge faces the blue waters and tranquility of Xugana Lagoon, which is widely accepted as the most spectacular permanent water site in the entire Delta and assures year-round water activities.

Enjoy mokoro (traditional canoe) and motorboat trips combined with guided walking safaris in Xugana's concession. The bird watching is outstanding, there are plenty of animals to see and there is also fishing for bream and tiger fish. 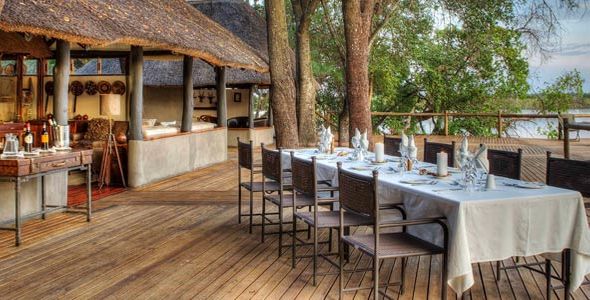 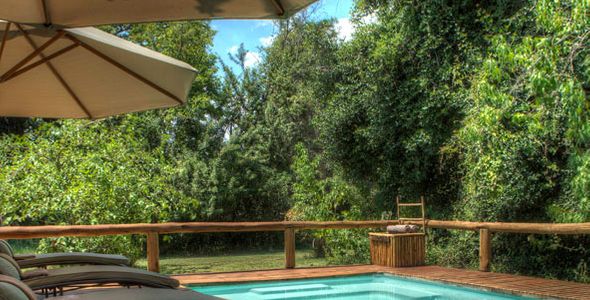 After breakfast at Xugana you will fly a short distance to the Moremi Game Reserve where you will stay at Camp Moremi.

Here - where the life-giving waters of the Okavango Delta meet the vast Kalahari sands - mopane forests, open grasslands, seasonal floodplains and aquatic habitats have formed to create one of the most scenic and rewarding wildlife sanctuaries in Africa.

Camp Moremi is on the edge of the permanent Xakanaxa Lagoon and you will be heading out on morning and afternoon game drives, conducted by experienced naturalist guides. The bird watching is excellent throughout the year - a motorboat visit to the Gadikwe heronry is a highlight - and needless to say the game viewing is sensational.

The area is famous for its high densities of elephant, buffalo and various antelope species while predators are abundant, especially lion, leopard and wild dog. 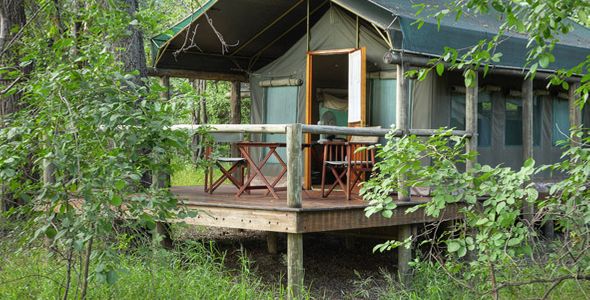 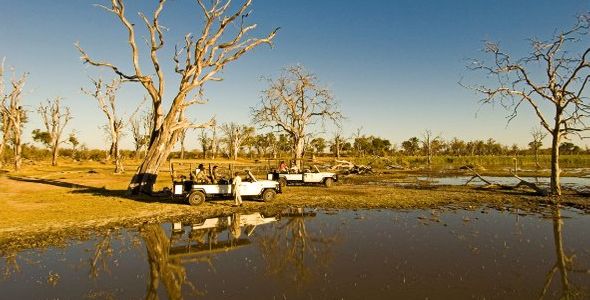 Board your north-bound flight after breakfast to the Savute region of the Chobe National Park and Savute Safari Lodge, peering out from ancient camelthorn trees on the banks of the now flowing Savute Channel.

This area is renowned for its large concentration of elephants - both resident bulls and migrating breeding herds. Savute is also famous for its large lion prides and spotted hyena clans, and the two species often clash over kills. Cheetah, leopard, wild dog and jackal complete the list of large predators that live in the area.

The general game - tsessebe, wildebeest, giraffe, impala, buffalo - at Savute is good all through the year but especially during the green summer months (about December to April) when thousands of zebra visit Savute en route to the grazing fields of the remote Mababe Depression in the south, and return around February on their way home to the Linyanti wetlands.

The rains also welcome thousands of migrant birds that swell Savute's existing list of 300 species and turn Savute from a great birding destination into a fantastic one. 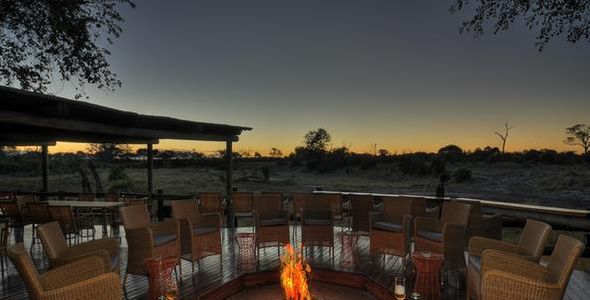