A Seasonal Guide to Planning Your Botswana Safari

Botswana offers fantastic safari experiences year-round. Although the country enjoys an enviable 300 days of sunshine a year, anyone planning a Botswana safari should take note of the monthly changes in weather and the effect this has on the country's wildlife. For example, rainfall can trigger the zebra migration, so an understanding of Botswana's seasonal nature is essential if you want your game-viewing expectations to be met.

So, when is the best time to go on a Botswana safari? Well, that depends entirely on what you want to see and do. In this month-by-month Botswana safari guide, we discuss the top experiences to help you choose when to go on your Botswana safari:

These two months are together for a simple reason: they're a little wet. Rumbling afternoon showers soak the country, while the wildlife is either hidden in thick vegetation or wanders off into the remote hinterland. It's also hot and quite humid, though not tropical.

Despite this, a 'Green Season' Botswana safari can nevertheless deliver incredible game viewing and bird watching. Many antelope give birth (great for predators!), migrations are in full swing, and the bird watching is sensational as migrants return from the northern hemisphere to feast. 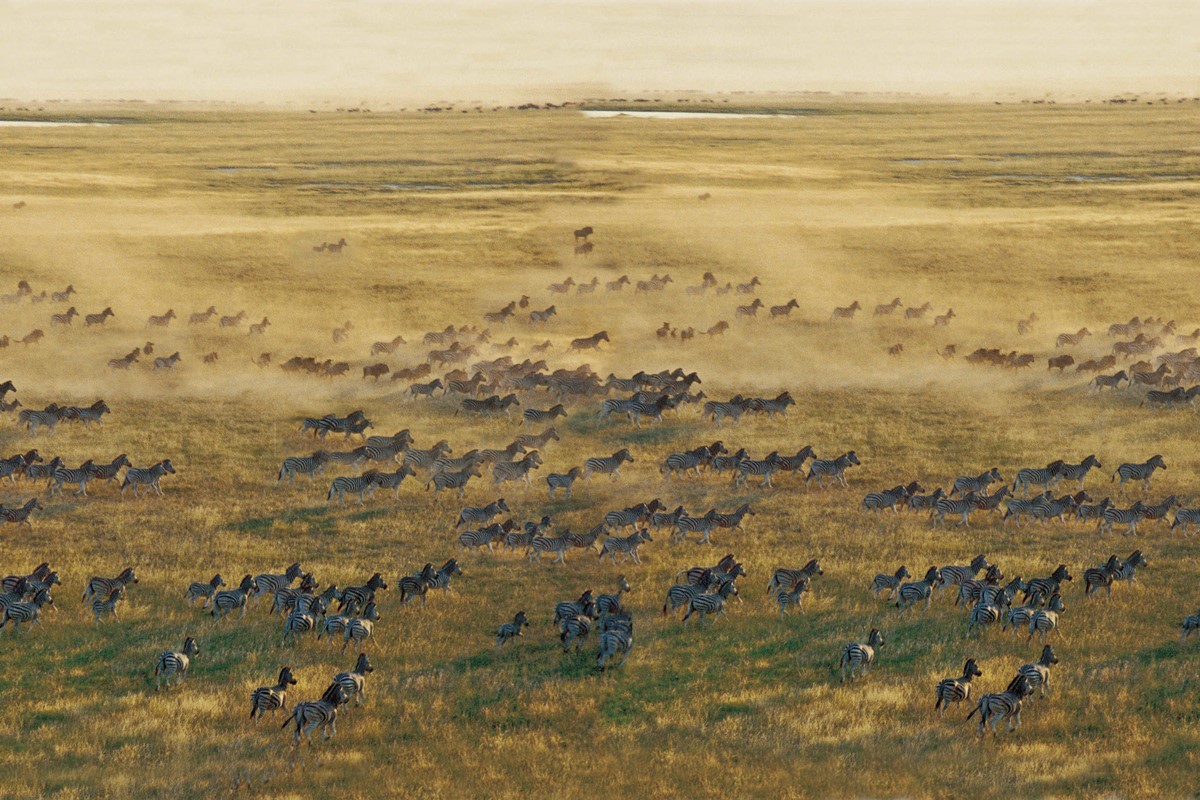 Massive herds of striped equines stay in the floodplains around the Chobe River during Botswana’s dry season (about July to October). The annual rains start around November / December, which triggers the zebras to depart for the Nxai Pan area where they’ll remain until about February. This migration, considered the longest terrestrial wildlife migration in Africa, has only been discovered in recent years because most of the areas it goes through are practically inaccessible.

Head for Botswana's Kalahari parks – the Central Kalahari, Nxai Pan and Makgadikgadi Pans – where the summer rains have completely transformed this semi-desert region into a grazing paradise for migrating zebra, elephant and buffalo.

From $640 per person sharing 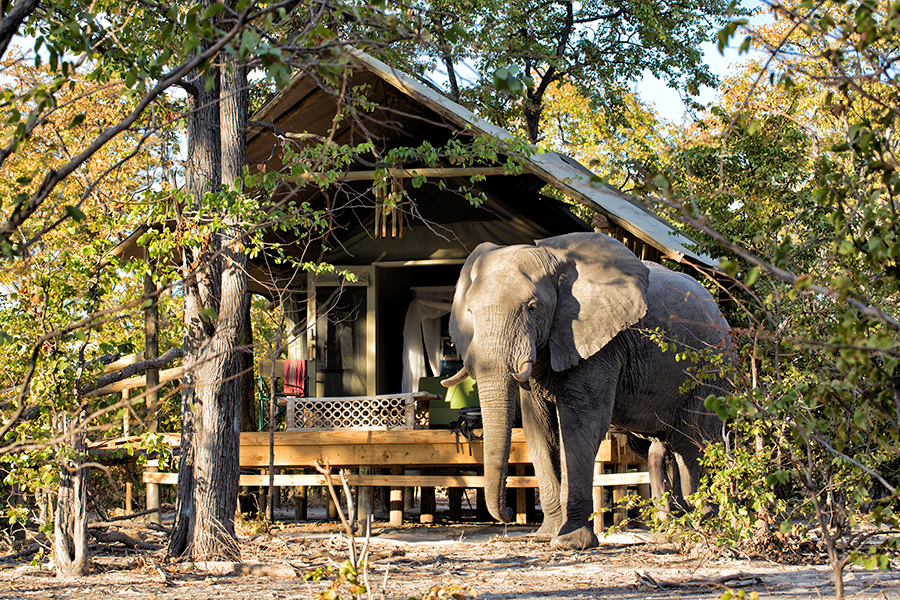 Game viewing is heading towards the mid-year peak as the rains ease and animals return to more accessible dry-season areas. Vegetation is still thick and temperatures are high, though not as baking as earlier in the year. However, with so much water lying everywhere, March is a favourite month for mosquitoes and bugs. Indeed, March and April are the months with the highest malaria risk, especially in the Chobe River / Zambezi region. Always discuss the risk with your travel clinic – the risk is highest in villages among local communities.

The Kalahari region is still worth visiting during March and although it can be a bit hit-and-miss in some reserves, bear in mind that this is Botswana and there are always animals!

Botswana in May delivers some of the best safari conditions of the year. Expect an afternoon shower or two, but most days will be warm and the nights cool as the rain disappears for the next four months. The landscape is still green, but seasonal waterholes are rapidly drying up and animals are arriving at permanent water sources like the Chobe River, Okavango Delta and Moremi Game Reserve.

Poised just before high / peak season, this is a great time of year to go on a Botswana safari. You'll get all the classic destinations but with fewer other visitors compared to the next few months. The game viewing is often as good as prime time and you could save big on accommodation costs.

Behind Botswana's flawless blue winter skies lies a surprise: it's cold. Admittedly, it's not Siberia and, by lunchtime, you'll probably be in shorts and a T-shirt, wondering what all the fuss was about. But night time temperatures can dip below freezing and you'll be wrapped up in blankets on your early morning game drives. There is no rain, very few mosquitoes and the game viewing is quite sensational. This is a very comfortable and popular time for a Botswana safari and you’ll need to secure your accommodation about a year in advance.

Floodwaters peak from June to August and the Okavango Delta swells to three times its permanent size. An abundance of wildlife can be seen; elephant, buffalo, cheetah, leopard, white and black rhino, African wild dog, and lion all roam together in one place. Considered one of Africa’s finest destinations for aquatic safaris, there’s no better way to view game than on mokoro (traditional canoe) and boating excursions.

Elephants. If there's one memory that you'll take away from a Chobe safari, it's that of elephants. Some 70 000…  Read more

Considered one of Nature's masterpieces, the Okavango Delta offers its visitors an insight into one of Africa's truly great wildernesses.…  Read more 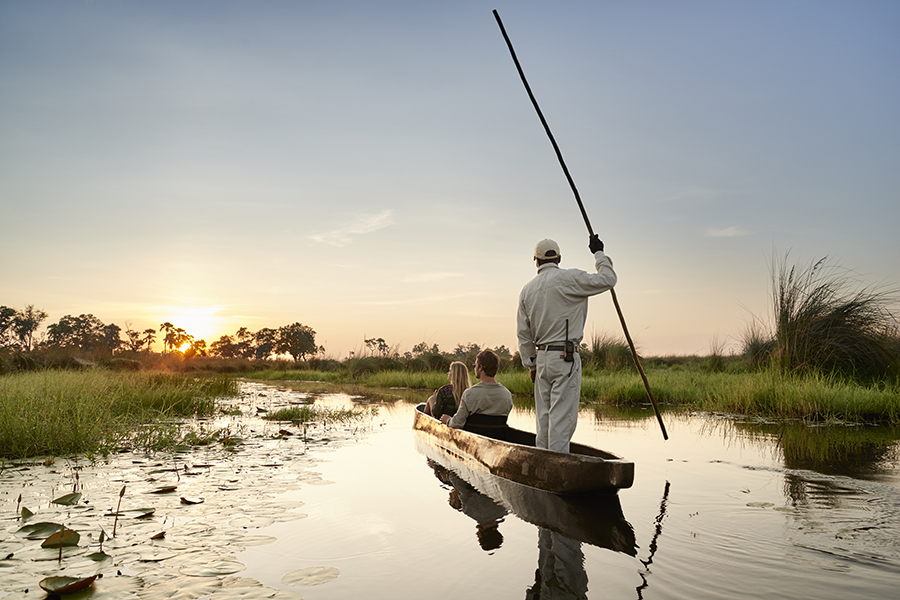 Temperatures are on the increase, as are visitor numbers, but so are concentrations of game. Peak game-viewing season has arrived. The thinned-out vegetation no longer hides everything, seasonal waterholes are empty and great herds of antelope, elephants and buffalo begin to crowd the banks of rivers and permanent waterholes while Botswana's big predators stake them out.

Head for the Chobe River and Savuti regions of the Chobe National Park; the Linyanti, Kwando and Selinda private reserves; and the Okavango Delta – especially on the dry-land fringes of the Moremi Game Reserve.

Despite being at the end of Botswana's cool dry winter, September and October deliver some of the hottest weather of the year and an occasional thunderstorm. It's classic dry-season stuff: baked and leaf-stripped landscapes, stifling days and sultry nights, and blinding sunshine.

Time to stay away? On the contrary. If you can handle the heat, you’ll be rewarded with game viewing that ranks among the very best in Africa. Huge numbers of animals and their ever-attendant predators are clustered around meagre water and grazing sources. You could be privy to once-in-a-lifetime sightings like a 300-strong elephant herd crossing the Chobe River right in front of your boat. 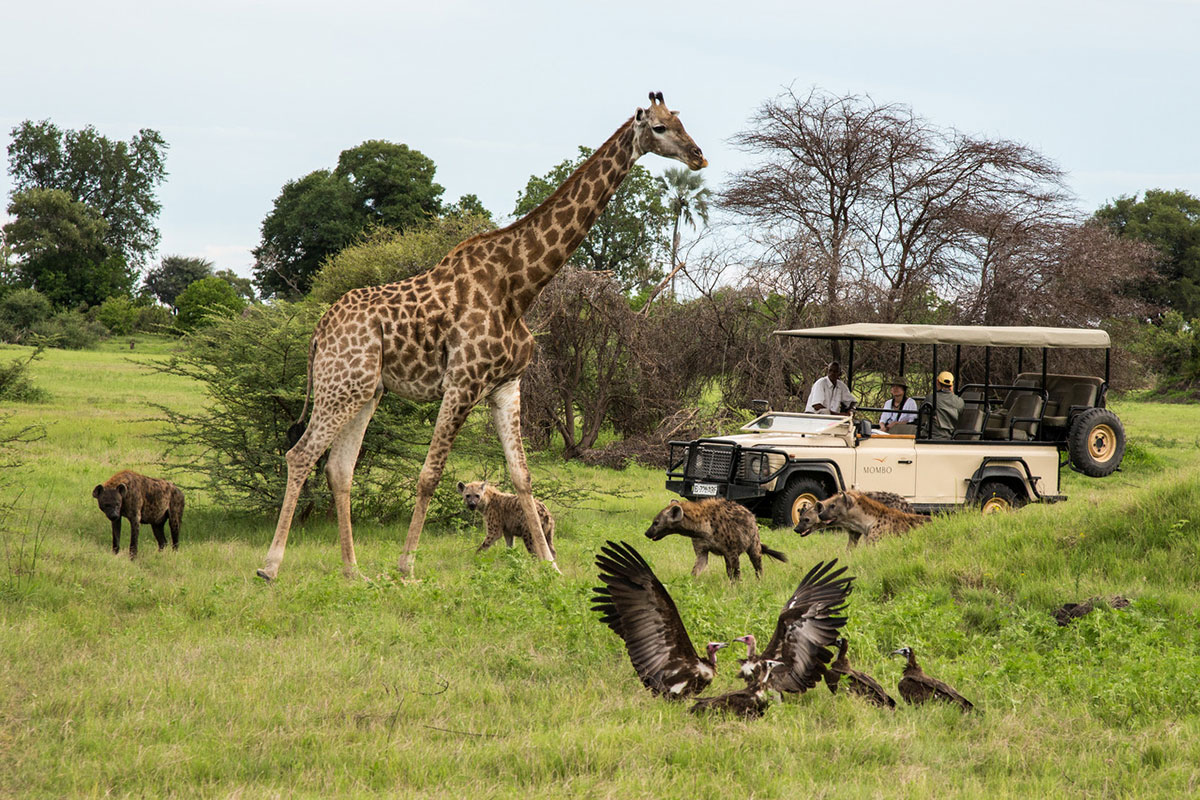 The hot weather begins to cool down by the end of November, and the first rains of the wet season begin to fall. This is a great time to see newly born calves and cubs, beautiful migrant birds and gorgeous green scenery. November and December are transitionary months that are not quite as hot as October, but not as wet as January and February. There is also the benefit of getting great low season rates.

We've done the planning for you in this Botswana safari guide. Here are some of our tried and tested Botswana safari itineraries, all completely customisable to your personal travel wishes:

See All Our Botswana Trips 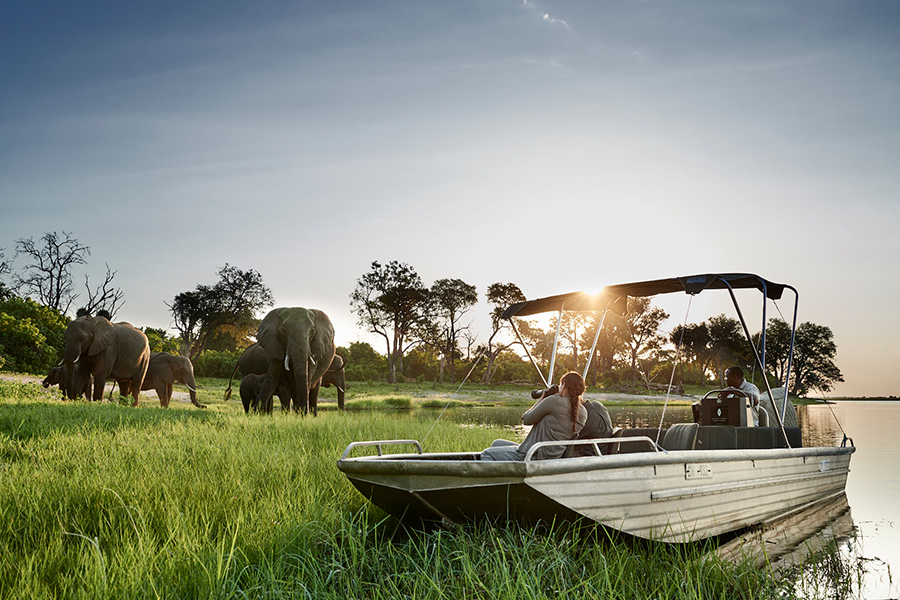 Chat with someone who’s been there. Get in touch with one of our Africa Safari Experts: