This 9-day luxury Tanzania hands-on conservation safari takes you into two of Tanzania’s largest and most untouched reserves, Nyerere National Park and Ruaha National Park. This is Africa at its most wild and where you will be charter flown to each camp to spend more time on safari.

Your African adventure begins at Roho ya Selous, a small luxury camp in Nyerere National Park that will immerse you into nature: giraffe wandering past your room, walking safaris, game drives, boating safaris and catch-and-release fishing. Canvased and spacious tents are spread out along a thicket, perfect for embracing life on safari.

Next stop is Tanzania’s hidden gem, Ruaha National Park and Usangu Expeditions Camp. You will join the researchers at the neighbouring Douglas Bell Eco Research Station and participate in hands-on conservation experiences, from positioning camera traps and image analysis of predator identification to tracking collared lions (and other species) using telemetry. You will become a global research contributor in one of Africa’s last frontiers.

Your safari sojourn ends at Jabali Ridge, where you will spend plenty of time on safari game drives, walking safaris and night drives. An infinity pool, a spa and an exquisite lounge are the perfect places to wind down after memorable times spent out in the bush. 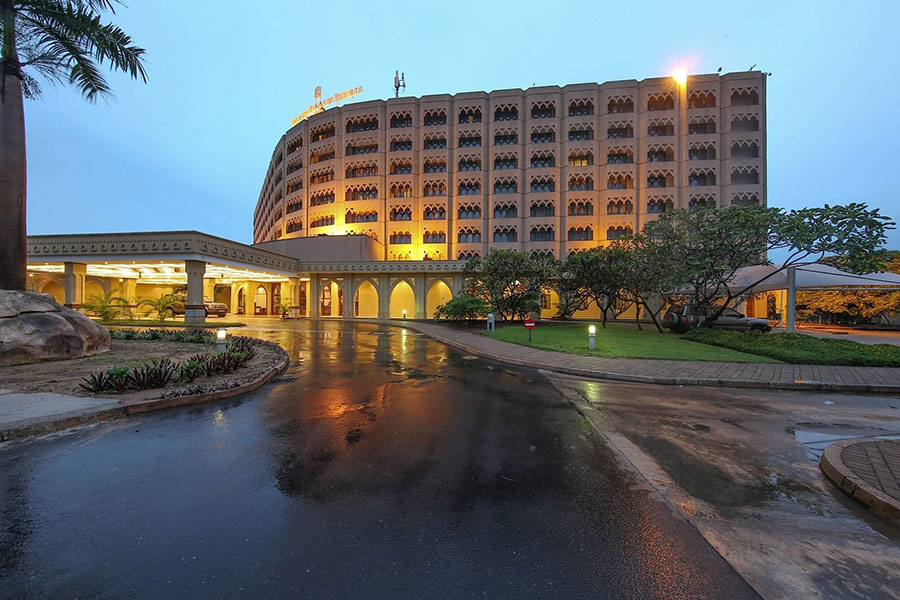 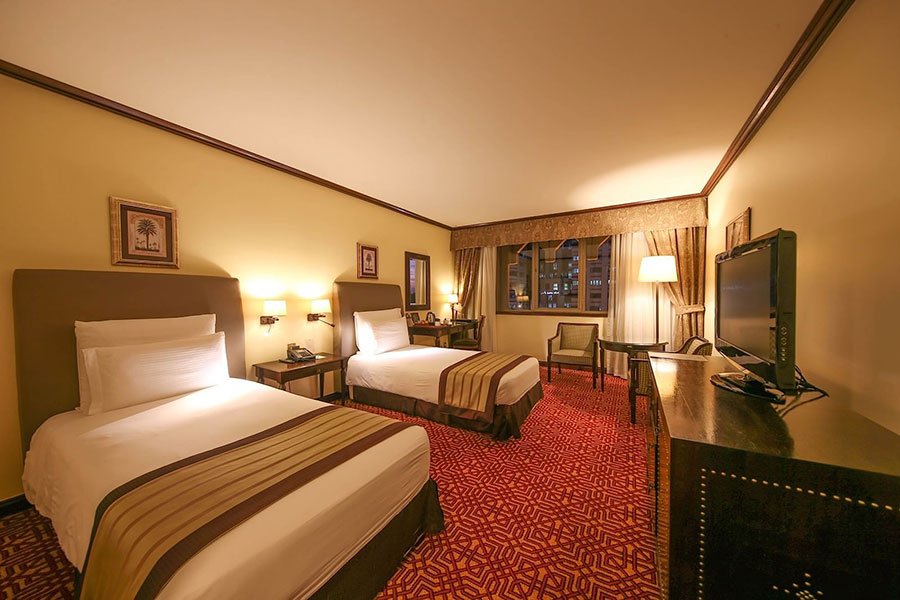 Dar es Salaam Serena Hotel is a perfect start to your East African travels: an oasis of luxury in the heart of the cosmopolitan city. Set in tropical gardens, you can relax in the shade of a parasol and sip a welcome drink on the poolside terrace. Your first night on safari is spent in a well-appointed and spacious room, and the hotel is conveniently located to connect you to the rest of your hands-on conservation journey. 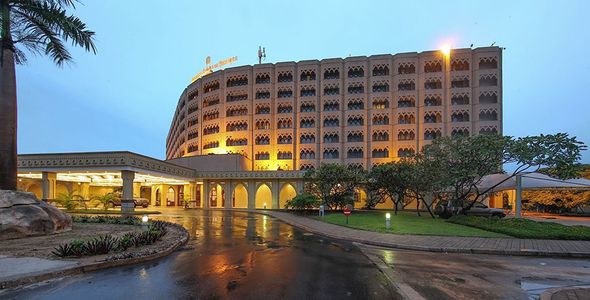 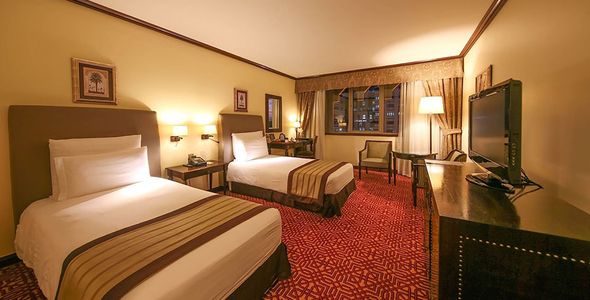 Day 2-4: Journey into the ‘Heart of the Nyerere’ Roho ya Selous, Nyerere National Park, Tanzania | 2 Nights

After breakfast, you will be transferred to Julius Nyerere International for your charter flight to Mtemere airstrip and your luxury stay at Roho ya Selous. This tented camp sits in the Nyerere National Park (formerly the Selous), the largest reserve in Africa.

Open only from June to mid-March each year, Roho ya Selous sits in a different environment to the grassy plains of northern Tanzania - it’s a marshy landscape of palm trees, lakes, and rivers where elephants, buffalos, lions, leopards, and hippos traverse freely. It’s also home to one of the biggest populations of wild dogs on the continent. Despite the opportunity for excellent game viewing, this area sees far fewer visitors than others in the Serengeti, making it a safari experience that feels far more exclusive - your own private Africa.

Your days at Roho ya Selous will be spent on game drives, walking safaris, and boating safaris, where you will float past crocs sunbathe on sandbanks, and watch hippos wade in the shallows. 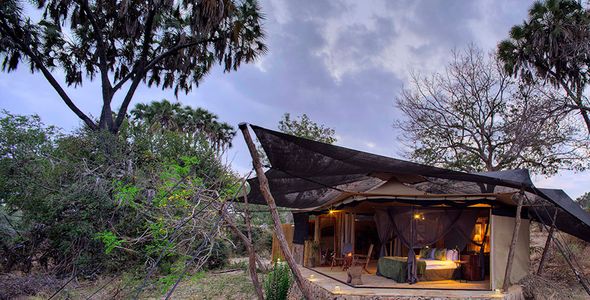 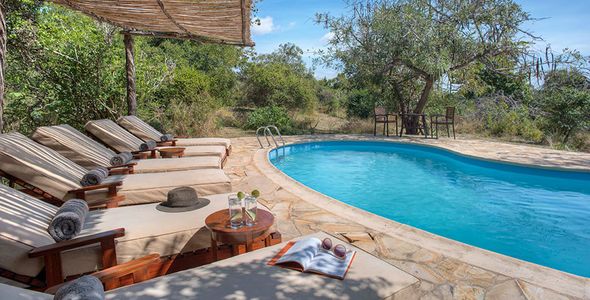 Time marches on and it’s time for you to relocate to your next tented camp set in a secluded corner of Ruaha National Park. You will be charter flown to Jongomero airstrip for your stay at Usangu Expeditions Camp. On the banks of the Usangu Wetlands, this camp sits shaded in the woodlands and offers a safari experience unlike any other. What sets Usangu apart is the neighboring Douglas Bell Eco Research Station. This is where you can engage with research projects and develop a deeper understanding of the vital work being performed in one of Africa's last frontiers. The experiences on offer will vary slightly depending on which researchers are on the ground at any given time. You can participate in research activities like the positioning of camera traps, image analysis for predator identification, and tracking collared lions (and other species) using telemetry. It’s a hands-on safari that connects you to the efforts being made to conserve and preserve this land and its wild inhabitants.

The camp also offers boating and canoeing expeditions through the waterways of the Usangu Wetland, walking safaris on wide-open grasslands, and sleeping under an infinite canopy of stars. 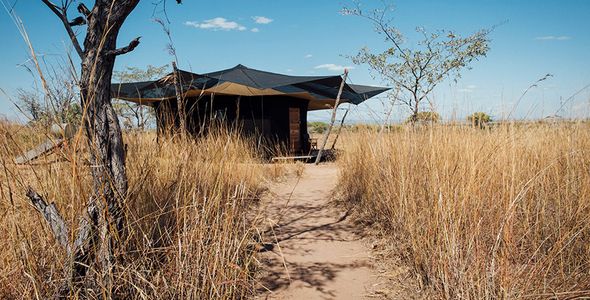 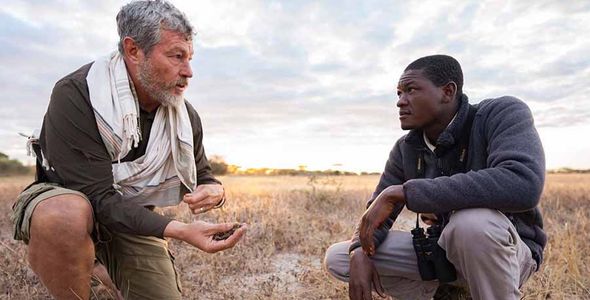 The final chapter of your safari journey will be written at Jabali Ridge. This luxury camp is nestled in a rocky outcrop overlooking the Mwagusi River and Ikuka escarpment. A landscape of sun-drenched plains, mighty baobabs, and hardy shrubs, Ruaha is home to an abundance of wildlife: lions, elephants, buffalo, and endangered wild dogs. Jabali Ridge is striking in its architecture and has been flawlessly designed to blend in with nature.

Spend your days cooling off in the infinity pool, heading to the spa for a hot-stone massage, and tracking lions on game drives. You can also have the unique opportunity to join on night drives, a special time to spot shy, nocturnal animals and their predators. A knowledgeable guide will aid you in seeing leopard, genet, serval, honey badgers, and African wild cats on the hunt.

After a delicious breakfast, you will be flown back to Julius Nyerere International Airport where your safari adventure will come to an end. Chat with our Africa Safari Experts to add a couple of nights in Zanzibar for a superb tropical island finale. 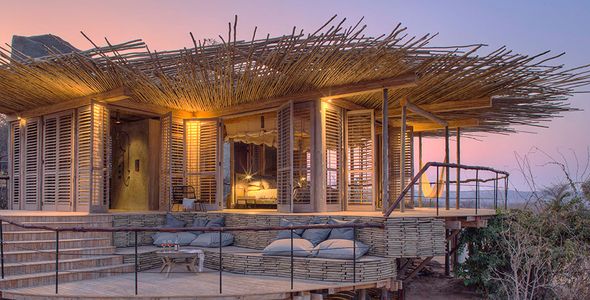 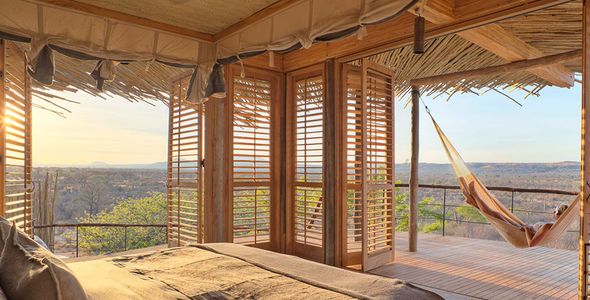