Occupying a great woodland wilderness between the eponymous Chobe River and the fringes of the Okavango Delta in Botswana, Chobe National Park is one of Africa’s heavyweight reserves and a sanctuary for some of the continent’s healthiest populations of elephant, buffalo, lion, giraffe, zebra – the mega fauna … the big stuff. Diverse and dramatic to be enjoyed on its own, it’s also a destination that combines easily with the Okavango and Victoria Falls. But however – and whenever – you fit Chobe into your itinerary, here’s what we consider the Top 10 best things to see and do in Chobe: 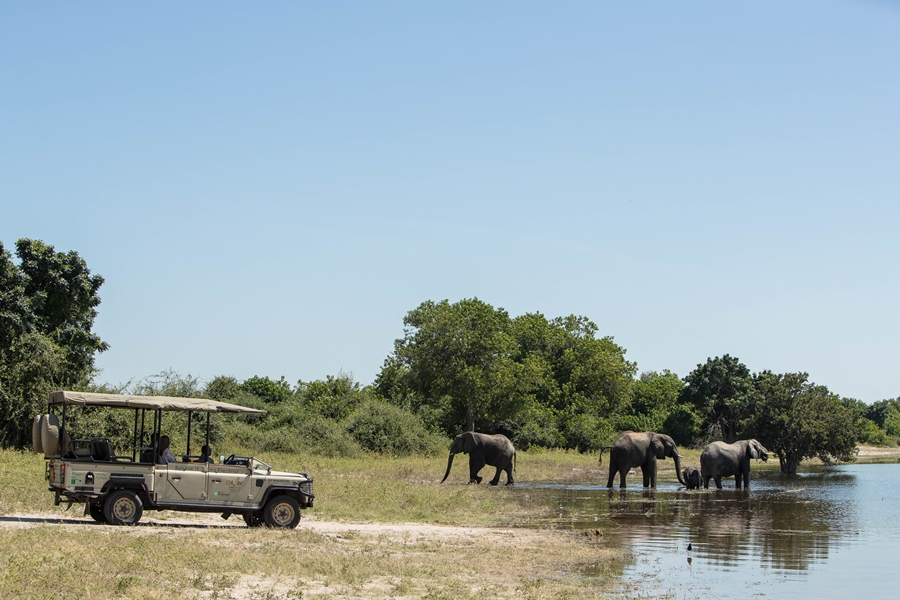 If you really, really want to see as many wild African elephants as possible, it’s hard to think of a better destination than the Chobe River at the end of Botswana’s enervating dry season. The virtually rainless winter begins in May and by late August the rest of the park has dried out; the resulting concentrations of animals on the riverfront have to be seen to be believed.

In the heat of September and October, thousands of elephants arrive cheek-by-jowl with enormous buffalo herds, trailed by prides of sleek lions. Game drives and boat cruises take you into the centre of the action and the tell-tale clicking of cameras confirms what you might have thought: there is some seriously good up-close photography to be had.

From $610 per person sharing 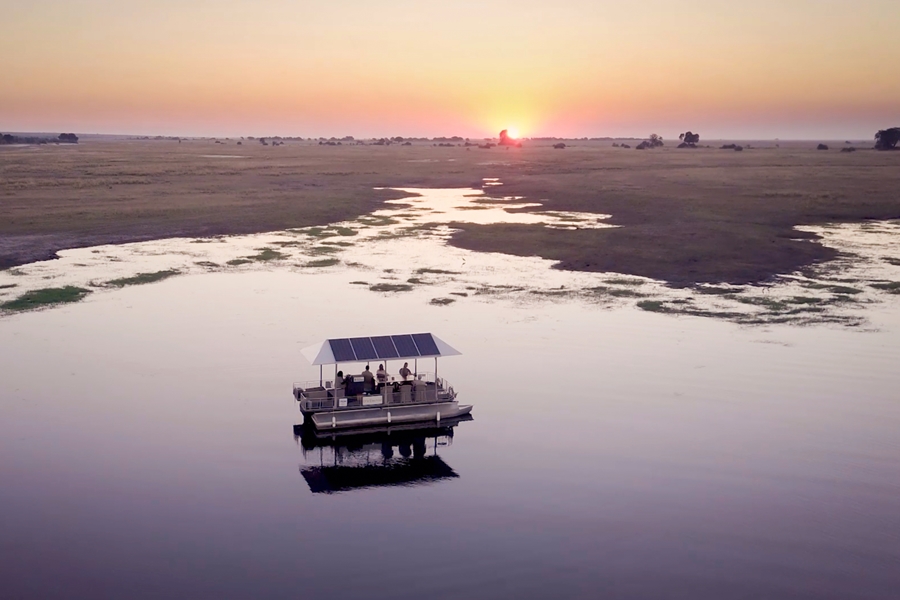 Another highlight of the Chobe River is that you can explore it by boat – the river is an ecosystem as productive as its floodplains and forests. Great rafts of snoozing hippos are easy to spot and keep an eye out for crocodiles (there are still some big ones here) as well as water monitors, six foot of temperamental, whip-lash tailed lizard. The bird watching is excellent and, before you know it, you’re looking at the drinking herds but from the river’s point of view. You’ll have the best chances of seeing elephants at play in water and a herd may even cross in front of you.

All lodges offer boat cruises where snacks and drinks are usually included. I’d recommend saving it for the afternoon activity as early mornings are prime game viewing time and best saved for a game drive. Plus, it’s much cooler on the water in the heat of the afternoon. Choose between the exclusivity and flexibility of a private speedboat and guide or the convivial atmosphere of a larger, shared boat. 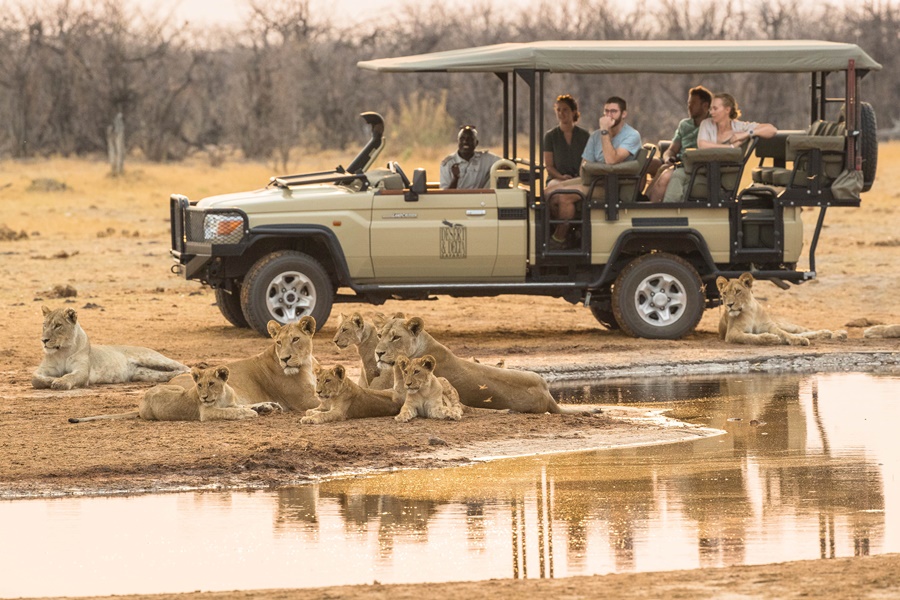 Savuti, Savute… however you spell it, it will always be ‘Predator City’. Set at the remote heart of the park, the Savuti region is fed by a channel of clear water that attracts great concentrations of animals as the dry season bites. And that means hunters like lions, leopards, hyenas and wild dogs.

The San Bushmen knew there was good hunting in Savuti – they left paintings of their prey in the Ghoha Hills nearby – and although they may be gone, Africa’s big predators are certainly still around. Cheetah, wild dog and leopard are often seen in Savuti but it’s the rivalry between the area’s lions and spotted hyenas that have made Savuti so famous. Fights between the two species often erupt over territory and kills – some visitors to Savuti have been kept awake at night by the thrilling rumble of a far-off battlefield…

Deadly and dramatic in the dry season, hugely rewarding in the green summer months (a zebra migration arrives in time for Christmas), Savuti is a year-round destination. For the classic experience, stay at Savuti Bush Camp or Savute Safari Lodge.

From $935 per person sharing

From $590 per person sharing 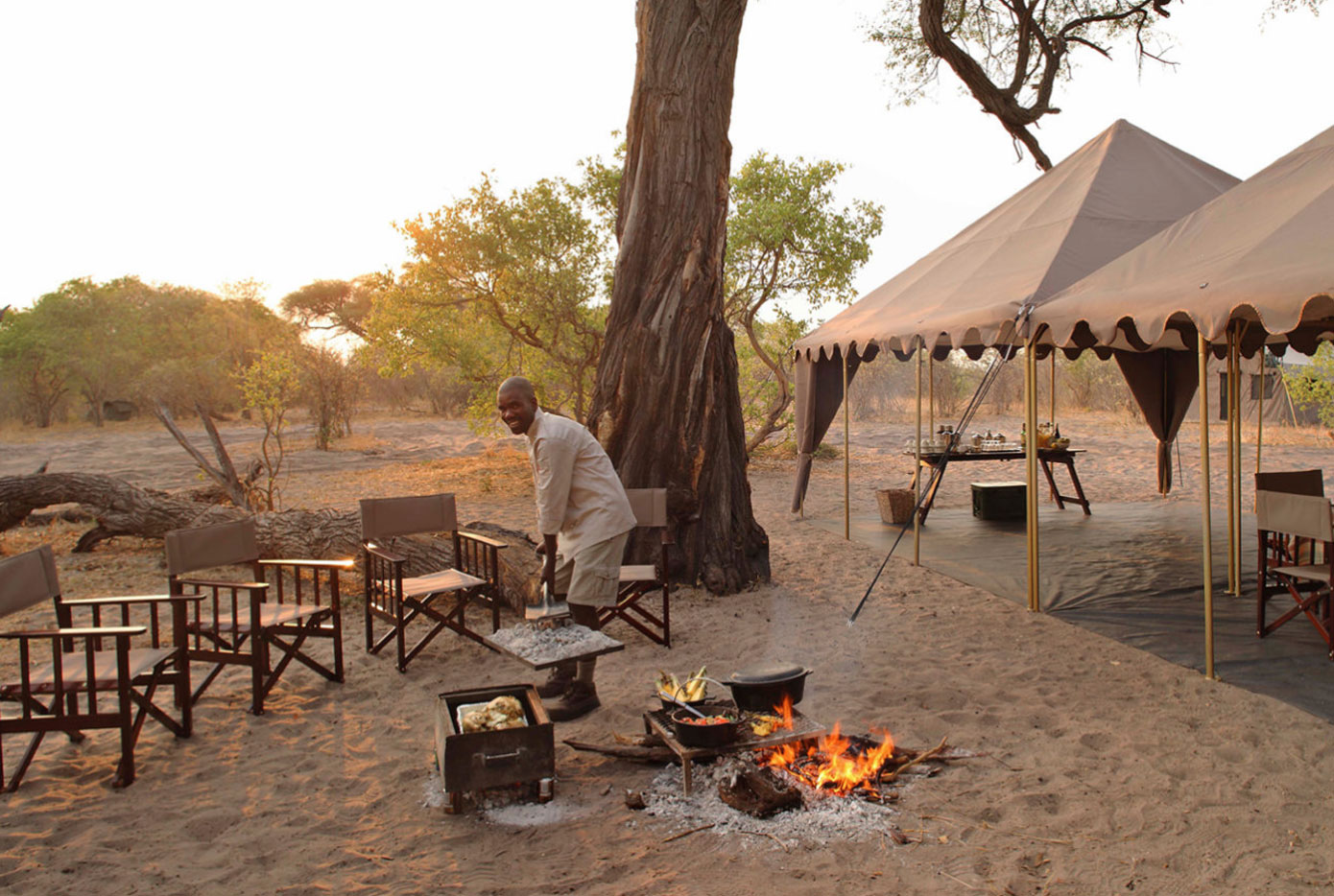 With all this talk of elephant herds and lion prides, you may feel that Chobe is a destination that doesn’t lend itself to being in a small, unprotected tent. But camping in Chobe means huge walk-in tents set under shady trees along with all the details: tinkling ice cubes in tall glasses, fresh bread from an underground oven. It’s Hemingway but without all the shooting and shouting.

A mobile camping safari is the most adventurous way to discover Chobe. You’ll stay in fully staffed, pre-erected camps with hot-water bucket showers and a silver service mess tent that would make old Ernest rub his hands in glee. And your setting is unrivalled: private, unfenced sites away from all the other visitors but in prime position for game viewing – you’ll be the first out there in the morning and the last back at night.

From $665 per person sharing

From $590 per person sharing

From $525 per person sharing

5. Flocking Together: A Bird-watching Paradise 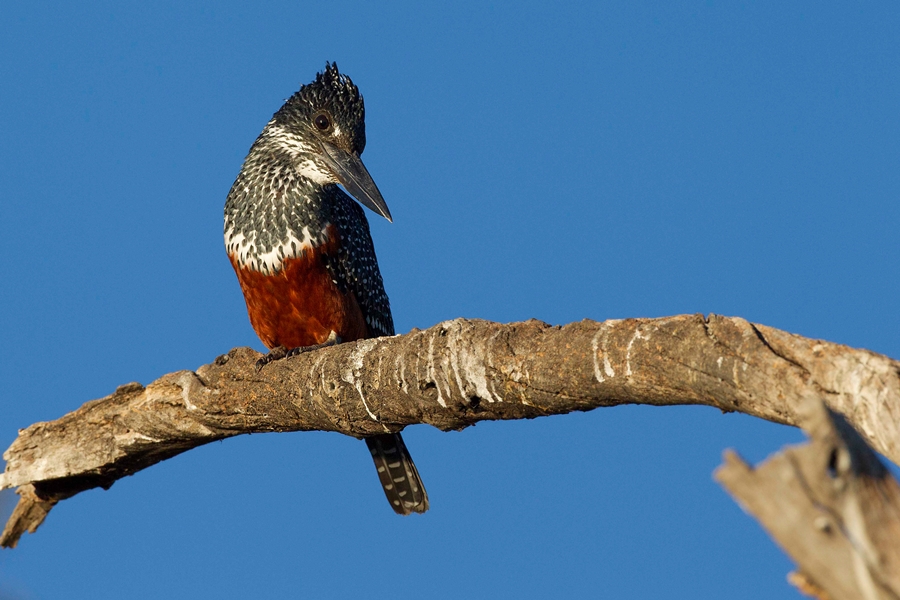 Having recorded over 450 species of bird, the Chobe National Park is something of a birder’s paradise. The resident birds are exciting enough – African fish eagles and vultures, dazzling lilac-breasted rollers and giant eagle owls – but when the hordes of summer migrants arrive, it’s enough to make anyone reach for a pair of binoculars.

The Chobe River is a great birding destination year-round (combine game drives and boat cruises for maximum diversity) but Savuti is pretty hard to beat in the green summer months between November and April. Flocks of vivid crimson bee-eaters patrol the grasslands, great numbers of raptors follow insect outbreaks, and once-dry waterholes now brim with wildfowl and waders. As for accommodation – stay anywhere. Lodge gardens make for great armchair birding – you could easily knock off 20 species off your list before you’ve had a chance to sit down properly – and then there’s a game drive and a specialist guide waiting… 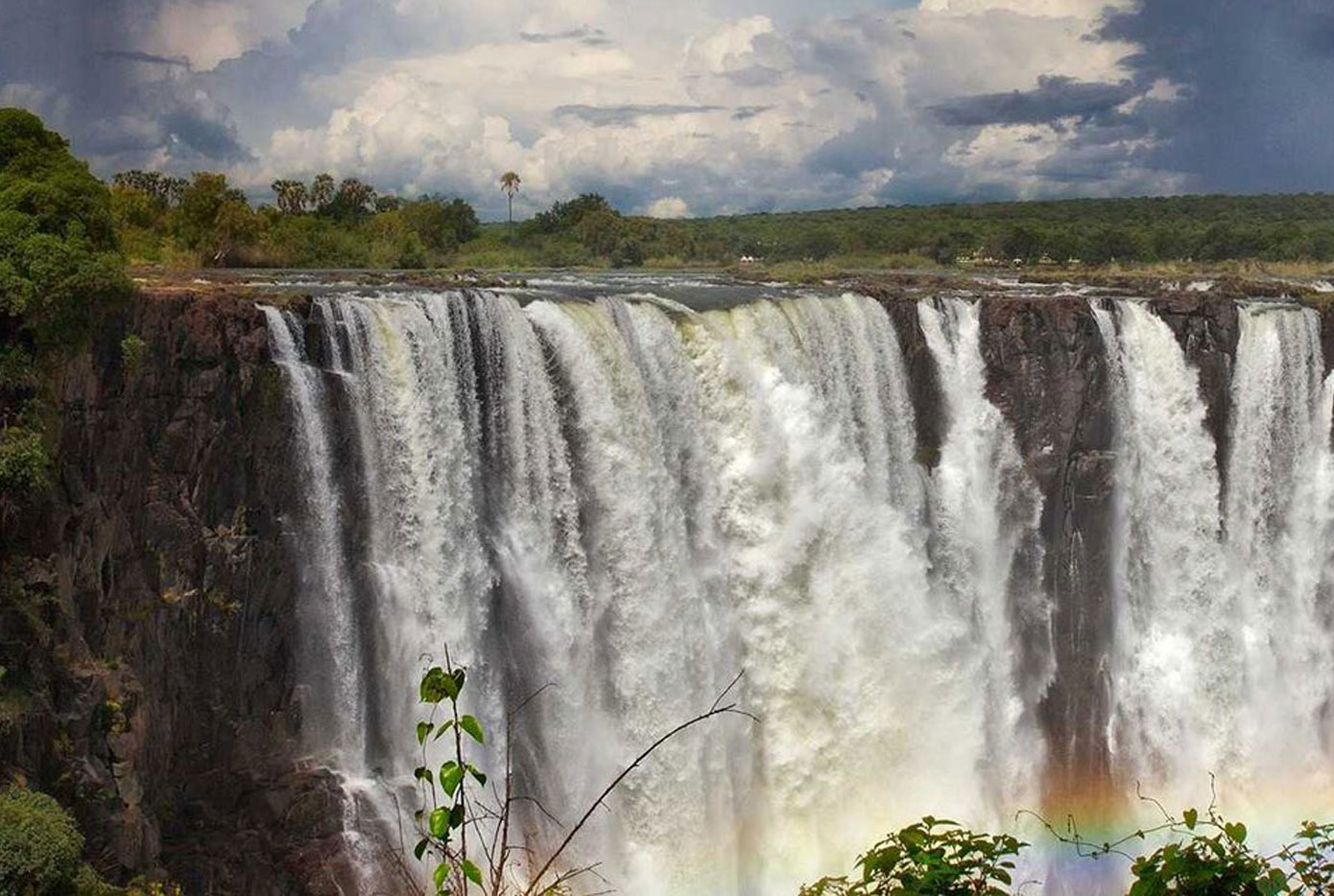 Victoria Falls is defined as the world’s biggest uninterrupted sheet of falling water. It’s 1.5 times wider and double the height of Niagara Falls! From time to time, this colossal waterfall’s soul-stirring roar can be heard up to 25 miles or 40 kilometres away, ergo its traditional name of ‘The Smoke that Thunders’. Chobe’s gateway, the town of Kasane is narrowly out of earshot, making it a fantastic location from which to enjoy a day trip to the Falls.

7. Culture and Colour: The Kasane Markets 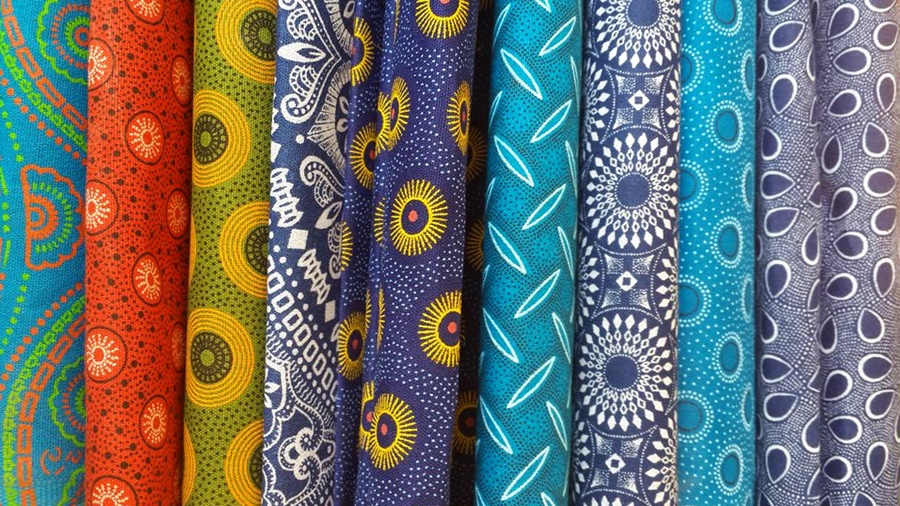 Actress Elizabeth Taylor secretly remarried her ex-husband Richard Burton in Kasane during their holiday in Chobe in 1975. While the town’s international fame was brief, thanks to this celebrity wedding, Kasane is still a wonderful place to experience the warm and friendly culture of Botswana’s people.

Situated close to Africa’s ‘Four Corners’ (the location where Botswana, Namibia, Zambia and Zimbabwe meet), Kasane’s vibrant street-side markets offer anything from colourful cloth to fresh local produce and even mopane worms. It’s the ideal spot to purchase that special souvenir of an unforgettable African vacation. 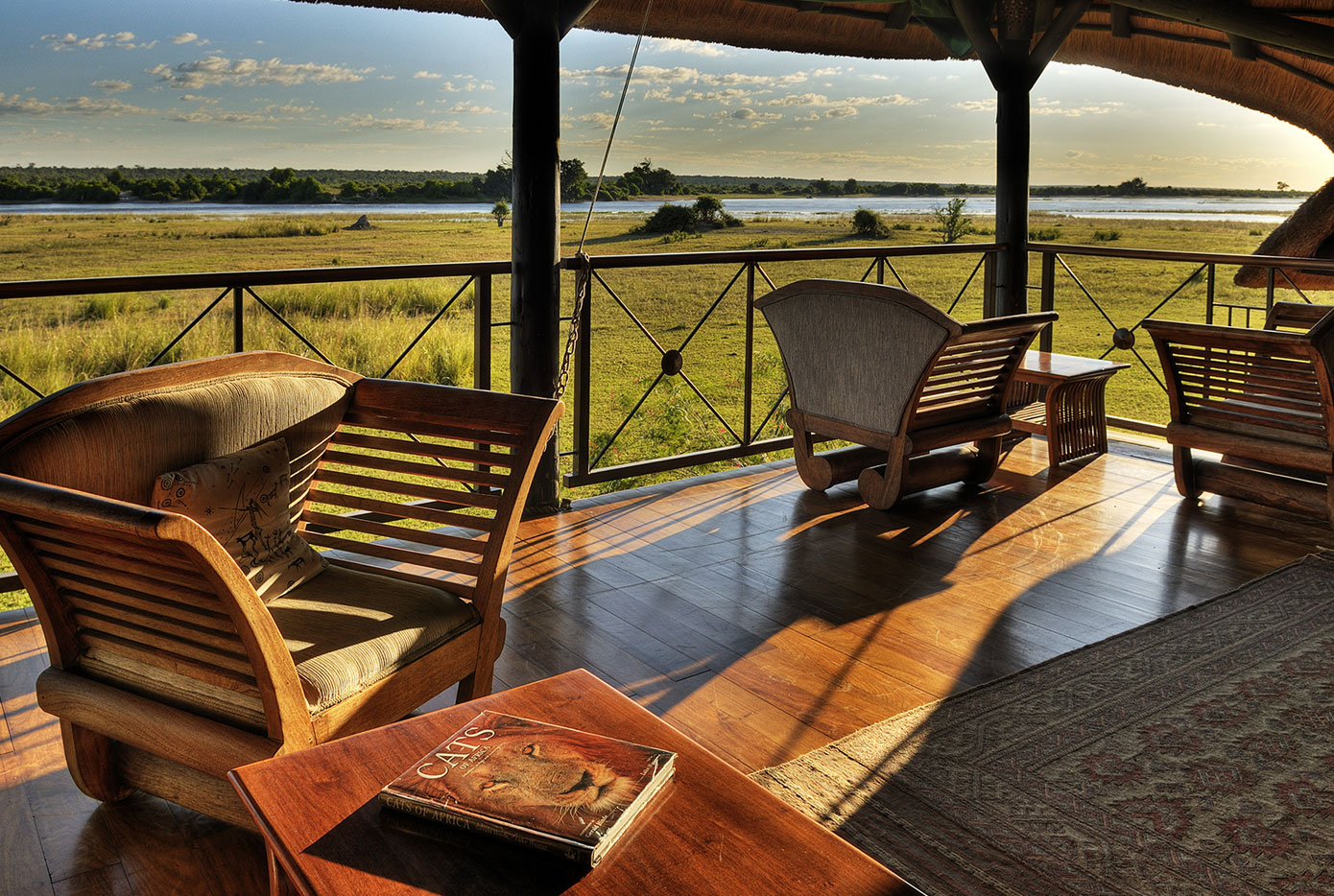 Just a short boat cruise across the Chobe River lies Namibia’s Caprivi region, a narrow strip of country that is often described as Namibia’s answer to the Okavango Delta. It supports dense concentrations of wildlife like elephant, hippo and buffalo, as well as the rare puku antelope. If you’re looking for a private, secluded and aquatic safari experience after a couple of days game driving around the Chobe National Park, head on over to the northern bank of the Chobe River. Catch-and-release fishing trips for Chobe bream and tiger fish are firm favourite activities here, as well as a cultural village visit to learn more about local Namibian traditions.

9. Celebrating Love: A Honeymoon in Chobe 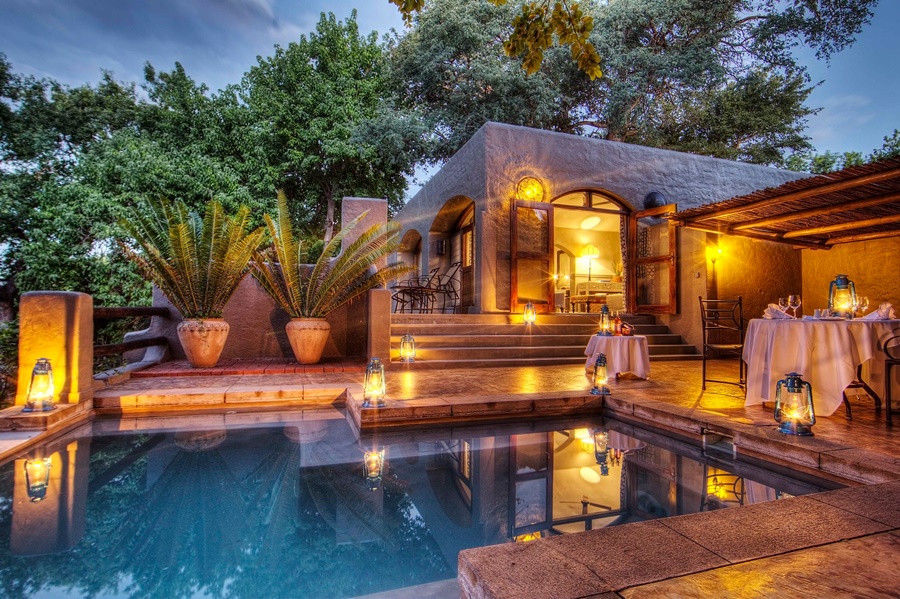 Chobe is a great destination for newly-weds. The lodges and tented camps are luxurious and intimate, and a privately guided safari is the pinnacle of a romantic and tailor-made vacation. You can also effortlessly combine some of Africa’s other top holiday destinations to make it the kind of honeymoon that dreams are made of. Expect idyllic sunset boat cruises, thrilling private game drives and soothing spa treatments in pristine African wilderness. 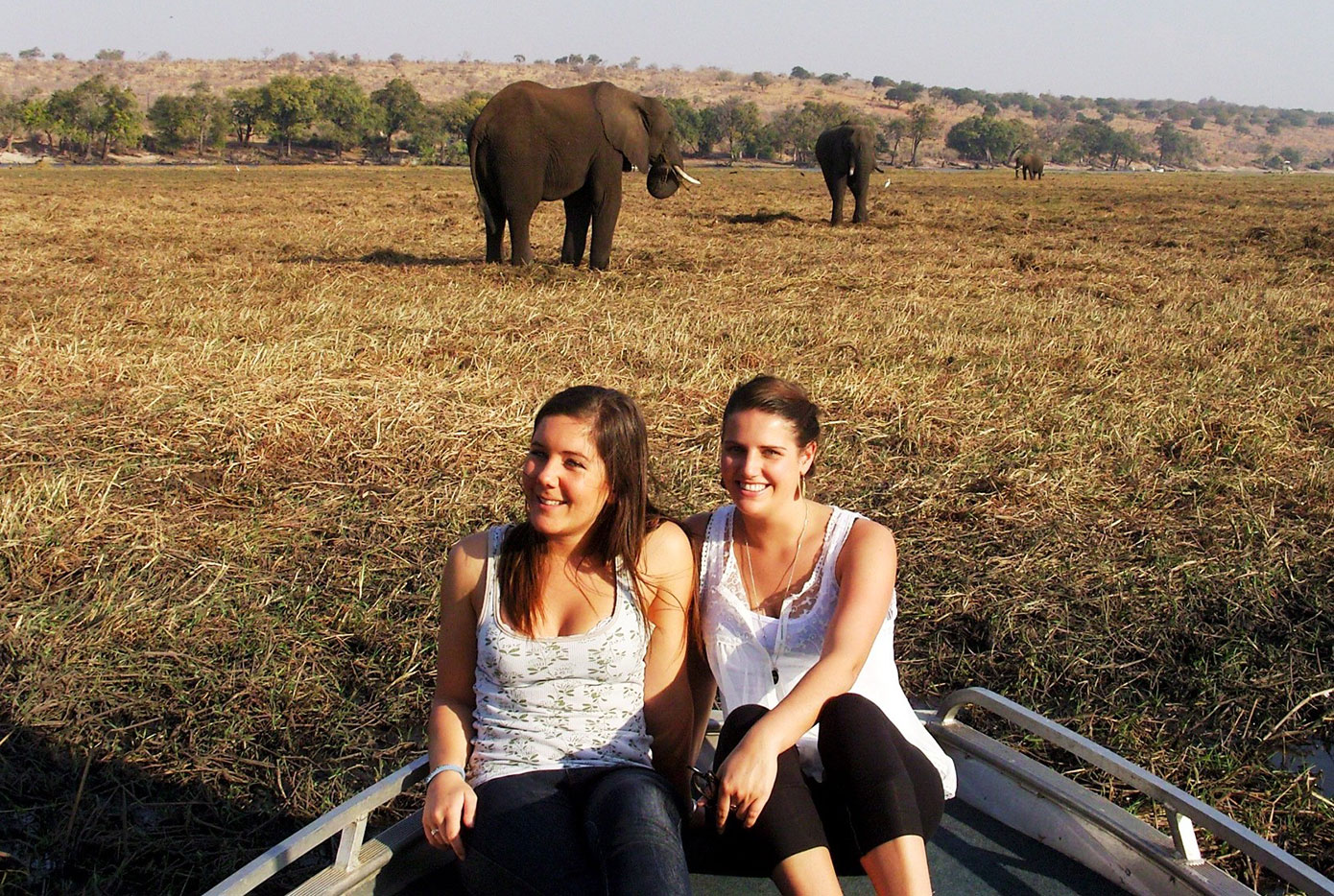 There’s no better way to spend quality time connecting with your family than experiencing the marvels of a safari in Africa. Chobe is a superb destination for a family holiday, especially for families with children older than five. Some lodges are perfectly suited for families and offer ample space; family-orientated suites and rooms; and specific facilities and activities for children like guided walking safaris, treasure hunts, fun games and even special shortened game drives.

But it’s not only the youngsters that will revel in a safari experience in Chobe, it’s also a great destination for mature (over 60 years) travellers. It’s pretty easy to get to – thanks to regular flights to and from Kasane International Airport – and easy to travel around, with game drives that are not too long and a great variety of other activities to enjoy.

For more inspiration and information on all things Chobe, take a look at our top Chobe accommodation or tours and safaris. Alternatively, you can connect with one of our Africa Safari Experts by clicking on the ‘Help Me Plan’ button below…